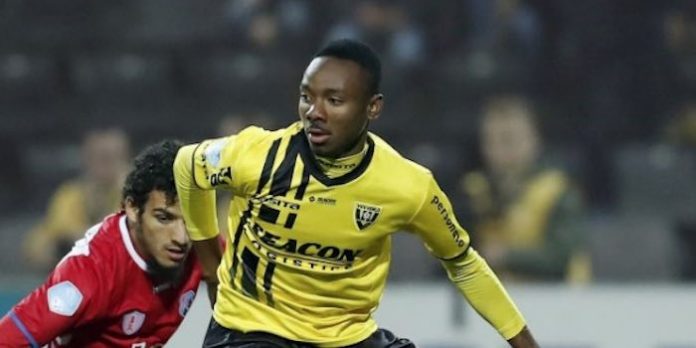 When Arsenal signed Kelechi Nwakali three years ago, it was hoped that the midfielder could eventually go on to become an important player for the club.

It certainly hasn’t worked out like that, with the Nigerian youth international, now aged 21, having left the club permanently to join Spanish second division side Huesca.

Work permit problems were a major factor behind Nwakali being unable to make the breakthrough, but it also has to be taken into consideration that some of his loan spells were very disappointing, especially last season when he struggled to make any sort of impact for Porto’s B side.

It is clear, though, that Nwakali possesses some quality at least, with his impressive technique and penchant for playing slick passes.

Whether he can ever display those qualities on a consistent basis remains to be seen, but he is now ready to commence a new chapter of his career after enduring much frustration in recent years.

During Nwakali’s initial loan spell, at MVV Maastricht, he showed some encouraging signs and it was expected that he could subsequently push on and take his game to the next level.

At VVV-Venlo, though, Nwakali’s displays were frequently unconvincing, and he ended up returning to Maastricht.

This summer Nwakali trained at London Colney but it seemed clear that he was waiting for a deal to materialise and Arsenal didn’t have any intention of giving him opportunities to impress, even at U23 level.

Nwakali’s signing certainly made sense when he signed, coming off the back of him being crowned the player of the tournament as Nigeria won the U17 World Cup.

It is a shame that what followed didn’t go to plan, but now Nwakali has an opportunity to show that he can still have a successful career elsewhere.

Can we just forget this ‘signing a foreign player and loaning them in the hope that they may be granted a work permit someday’ altogether? It never seems to work. Not once in the last fifteen years can I remember a successful story. Not even Joel Campbell could do it. Where is he now?

Yes, sign only English players, infact preferably the ones from North London

Kanu Believe It
Reply to  Gabe

The ones from the right part of North London, surely? If they’re born more than a couple of miles past Stoke Newington they can go fuck themselves