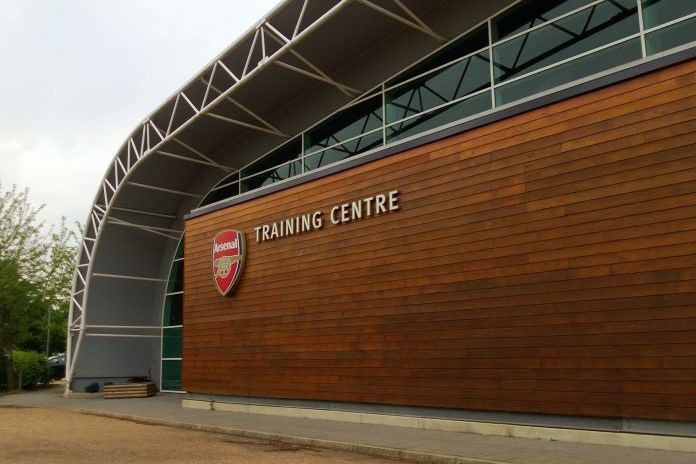 Stan Flaherty was seen as a very talented player when he was progressing through the ranks at Arsenal’s Hale End academy, but the youngster could now be set to depart the club.

Flaherty, who was told by Arsenal that he wasn’t guaranteed to be offered a professional contract, has been on trial at West Ham United recently and has impressed.

The midfielder is now waiting to see whether the Hammers will offer him a permanent deal, but in any case it appears that his time at Arsenal is nearing an end, especially when it is taken into consideration that he hasn’t played for the club at any level so far this season.

Notthe tallest or strongest but excellent technically, Flaherty can play in central midfield or out wide and gained valuable experience of U18 football last season, helping Ken Gillard’s side to secure the southern section title.

However, in pre-season it became clear that he was close to leaving, with many of the other second year scholars being given chances in the U23s while he was stuck with the U18s.

With so many young players at the club and a long road to the first-team, it is inevitable that at some point some prospects will seek to leave in order to give themselves a better chance of succeeding elsewhere.

Joining West Ham could be a smart move for Flaherty as he would have a greater chance of getting into the U23 squad quickly than he would do at Arsenal.

The youngster has served Arsenal well at youth level but the progression of the likes of Ben Cottrell and Miguel Azeez has made it difficult for him and he could now leave.

It’ll be a shame but he’s clearly down the pecking order with us. If he has the chance of regular game time at the hammers then he’d be well advised to seriously consider moving clubs.

With so many talented youngsters struggling to make the first team, it’s inevitable that some will be lost, and equally inevitable that if one or two someday achieve any modicum of success we’ll be forced to endure all manner of trash from the football rags moaning about how we lost out. In any case, this kid should do what he can to ensure playing time, and if that’s a move then so be it.

I’ve got a mate who’s a Brum City season ticket holder and he keeps singing the praises of Dan Crowley. He’s their number 7 and by all accounts is playing out his skin. Man, that kid could cause us some serious regretamine.