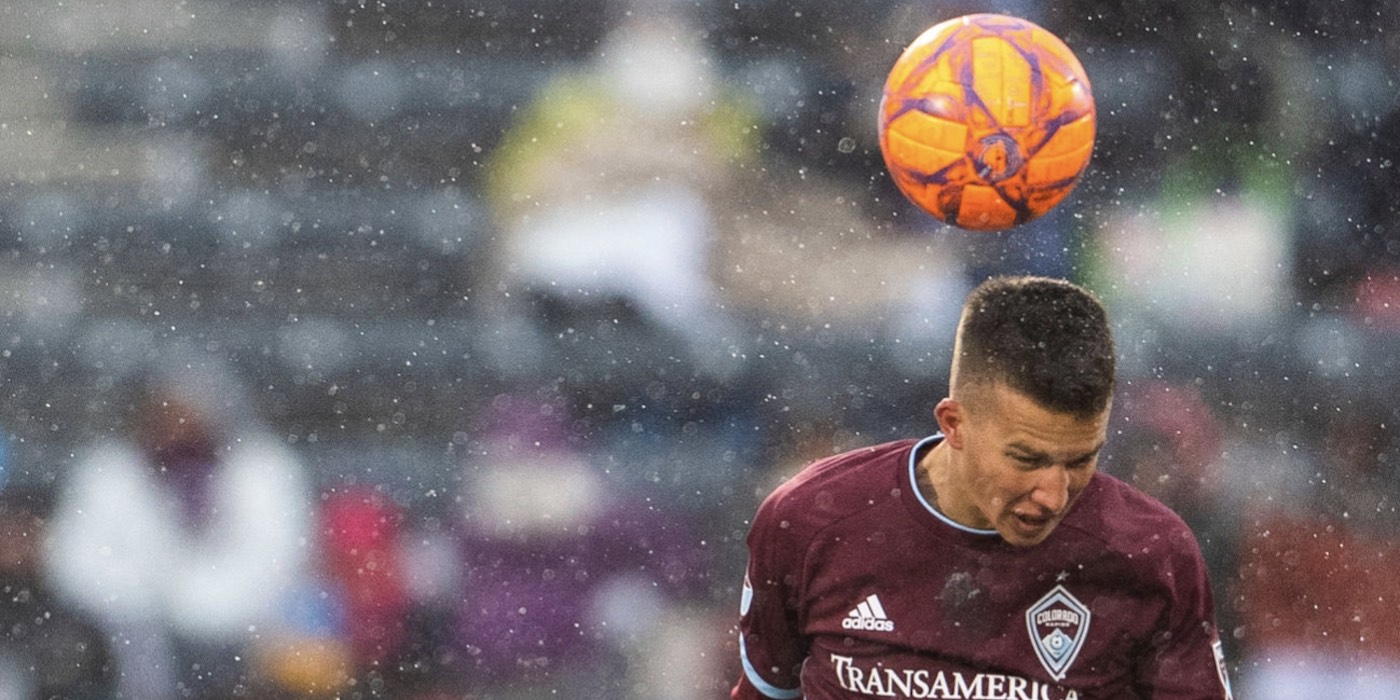 Cole Bassett, a midfielder who plays for Colorado Rapids, is to spend a week at Arsenal training with the U23s, report the Denver Post.

The 18 year old Gunners fan played against the team he supports last summer, and now has the chance to impress during a spell in London.

The Rapids are owned by KSE, so the link between the two clubs is obvious, and the player himself sounds excited at the opportunity.

“As most people already know, this is my favorite club,” he said.

“I don’t know which team it will be because it’s an international break for them. Hopefully, there will be a couple of guys missing with the first team and I can get with them, but I’m just excited to get over there and show up basically.

“When Arsenal came over here and played us, you could see there are little things that they do that I just don’t quite have yet.

“I’m eager to learn from them. Picking up things from every player will help improve my game.

“It’s going to be a great learning experience.”

The youngster made 20 MLS appearances last season, scoring twice, as the Rapids finished 9th in the Western Conference.

Maybe Bassett will take his chance here, and hound Arsenal into giving him a deal.

Thanks to @Marco_Cummings for the heads-up

Basset if only you know what we are going through right now??

At that rate… The fans will soon become captains

And for you twatsloch.. You are obviously sick to the brain…if you can call me a manager out fan just because i noticed the deficiency of Emery before most arsenal fans then i really don’t know what to say about your low IQ…that’s if you even have one Every arsenal fan right here knows that if the right coach comes and we see it and feel it through his methods and coaching we would all get behind him…..why should i be against a manager if he is doing his job right??….to be honest man you totally Suck and smell like… Read more »

i love arsenal and i obviously want the club to succeed but i would never give support to a clueless coach just because i want to act classy and preach patience…… I don’t to care about the trophies to be honest right now because no team is entitled to win trophies every year but what every fan is entitled to is good football,hardwork and efficiency I don’t expect my team or my players to be at their best all the time but i don’t want them to look clueless on the pitch.. We have fans don’t deserve that There’s a… Read more »

We don’t need personal insults or attacks on each other. If you want to debate the points, please feel free, but leave playground insults where they belong.

So Sorry
Reply to  arseblog

Twatsloch I wouldn’t have that if I was you. I heard he cussed your mum too.

Mama Twatsloch knows and is heading his way with a rolling pin to defend the family honour.

If only mama knows how clueless you are on simple glaring matters..she won’t let you defend the family honour

Is she wearing Army boots, mate?

You’re obviously not respecting the policy. And for your own sake, calm down a bit. It’s not healthy to be so angry over something you can’t control.

Blogs, please exercise your right to take this down. I don’t believe in throttling free speech, but there’s enough unpleasantness in the world already.

I only scrolled down to praise the ‘hound’ pun.

It was worth it all the same.

I was at the Colorado game in preseason and Bassett was the stand out player for the Rapids. He didn’t look too far off the pace compared to our youngsters. Glad to see he impressed more people than just me.

This is an article about an eighteen year old from America getting to play with the u23s. It’s nice, he’s a fan, he sounds really excited and I’m pleased for him and hope he enjoys his time, plays well and meets a few senior players during his time here. It has nothing to do with Unai Emery or the board or any of those things that are making us all depressed, so please can we enjoy it as something positive and stop fighting each other.

It’s not about the 18year old..it’s about what’s happening to the club right now.. Trust me even if Messi is signed right now by arsenal i won’t be excited…the thought of Emery remaining as our coach makes me feel so bad… Nothing to be excited about to be honest…if only you understand the pain of so many arsenal fans around the world right now

This article is about the eighteen year old and is not the place for a fight about the coach. Very few people want this man to remain in charge but you need to get some perspective and stop insulting people.

So, just to clarify. The fans are idiots. The board is clueless and the manager is a disgrace.

So… which bit of the club are you supporting?

Not that I condone your behaviour but our team can do with some of your perseverance and mental strength.. you just don’t quit do you..

I hope the other players aren’t too ruff with him whilst he’s here.

What’s with the down-vote? Throw me a bone, people.

You’re ahead of your time that’s all. Don’t worry, every dog has it’s day…

He’ll get on well with the coach. I believe he’s a Spaniel.

I thought Emery was a Cocker Spaniard?

Mintoes @win, lose draw…You’re a negative agitating cnt…why don’t you fuck off. You’re not a true fan of the team. If you were you wouldn’t be posting the same shit since last season. Seems to me you and “jai” are one and the same on here…plastic fans. Have you ever been to an Arsenal game or do you just “follow” via the web? Hey Mintoes..i don’t have much to say to you though but i would like to know what qualifies you to be more of a true fan than me?….. I post same thing on Emery because nothing is… Read more »

Twatsloch Unlike you I waited for confirmation that Emery isn’t the man to achieve with this team what can be achieved. I gave him the time, space and benefit of doubt until it was proven that he can’t. That’s what most fans do. You went all guns blazing from day one and for the moment you’re right but only in the way a broken clock is right twice a day. I fully expect you to alter your low IQ name to the new manager when he arrives. You’re that kind of “manager out” guy. Now during Emery’s first season I’m… Read more »

In as much as i want one of Erik ten hag,marco rose and julian Nagelsman to be the next manager if any of them fails to deliver it’s obvious i can’t support any of them

I’m not here to gain fans.. I’m here to speak my mind honestly on any arsenal related matters,so if my opinion hurts you then you can as well fuck off…but i would always remain blunt!

Nope. It has not.

Thank the Lord for that!

Think you need to put your phone away, mate.

Hopefully he’ll have a good trial and has a bright future ahead of him. Best of luck to the lad.

Well said, yeah, good luck to him, especially if it sells a few shirts stateside. ?

“… scoring twice, as the Rapids finished 9th…”
Sounds like there’s a few little things he does that we don’t quite have at the moment. Could be a useful learning experience.

Thumbs UP if you scrolled through the comments to thumbs DOWN every post by this dude: ‘Win,lose or draw Emery remains the wrong choice’

Don’t worry…watch how this great club falls deeper into mediocrity to a state where toxicity will become our motto…i guess by then you would understand that there’s more to life than purposely thumbing down a comment??

Has there been reports in anyone’s local papers of someone just spontaneously self combusting in the last day or so? With the only thing remaining of them just a scorched phone with a half typed out message on it saying ‘Fuck you twatsloch….’ If no has anyone checked on Adrian Durham to make sure he’s ok? ?