Mikel Arteta’s tenure as Arsenal head coach began on Sunday and with a big job on his hands, he’ll need all hands on deck over the coming weeks and months.

It’s who those hands belong to that have sparked interest and debate in recent days, and we now have some clarity as to who will be assisting him on the pristine pitches at London Colney. 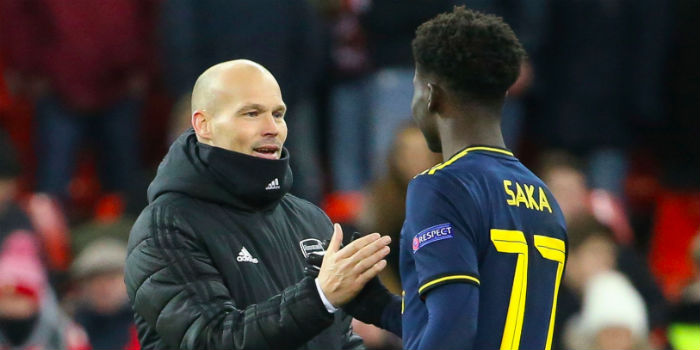 Needs no introduction. Sexy. Swedish. Invincible. And sticking around under the new regime. 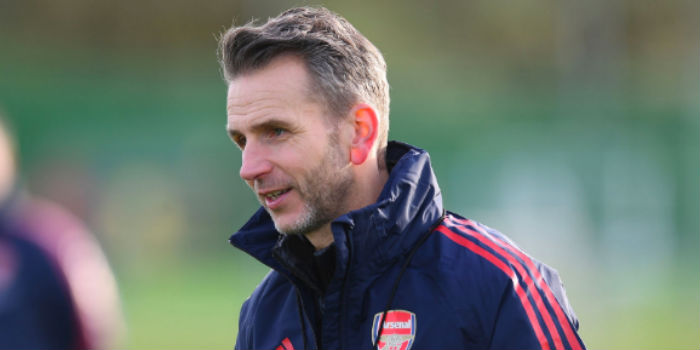 Current assistant coach of Wales. Previously worked with Manchester United under Louis van Gaal. He’s going to continue working with Wales until the end of Euro 2020. 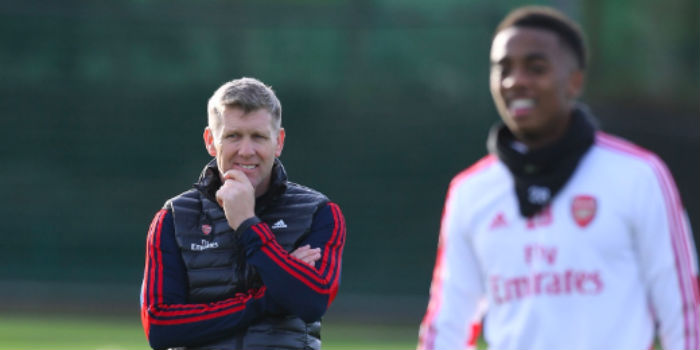 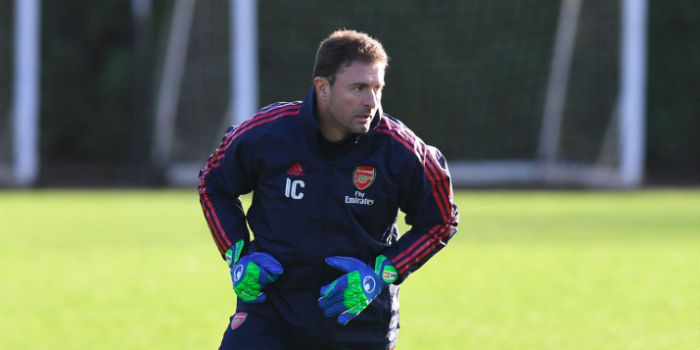 While Unai Emery’s Spanish contingent left when he was sacked, the rest of the backroom team is mostly intact. That includes the medical and performance staff under Gary O’Driscoll and Shad Forsythe and most of the video analysts and data team.

Speaking about the appointments, Mikel Arteta told Arsenal.com: “I am delighted to have this talented group of coaches alongside me. They bring a great mix of experience and fresh thinking.

“Along with the talented people we have in the club already they will be key people to get us back to winning ways.”

Previous articleArseblog Arsenal Women End of Year Awards 2019
Next articleArteta: I’ve told Xhaka how much I like him

Solid appointments. I was oddly discouraged when I heard of Arteta’s potential appointment in the summer, but now i am more optimistic to say the least. I think after seeing how he carries himself and how he seems to have the room while he is in it tells me that he may be able to offset his inexperience with confidence, maturity, and decisiveness. The decisiveness piece, in particular, is something that should be a fresh breath of air for the players and backroom staff as Emery seemed to be lacking this trait at times. Let’s get behind Mikel! Welcome back… Read more »

Love the decisiveness too. Won’t miss 5 captains and 100 formations.

Arsene was criticised for being too ridged, and refusing to drop underperforming players.

Emery was criticised for too much chopping and changing, and dropping under performing players.

You’re methods are damned if you’re results are bad. Wenger wasn’t damned when he won us League titles, and neither would Emery be if his results had been good

Emery dropped under performing players?!? I am lost

Yes they were all underperforming, that’s why Emery kept chopping and changing, as he didn’t trust many of them. He dropped Ozil, something many Arsenal fans felt should have happened a long time ago, but then got castigated for it. He also had major problems at full back, and last season a lack of width in the forward positions. His two best player were No9s, meaning he unbalanced the team trying to get his 2 best players in together. Emery probably picked his team based on the oppositions weaknesses, and not his own teams strengths, because he lacked the players… Read more »

A lot of good points, but some not so

Sometimes I felt sorry for Emery because he was never know to have used a proper No.10 in his teams. Even his teams containing Mata had Mata playing mostly from wings and cutting in. Ozil is a special player who needs a manager who believes in him and knows how to cover his deficiencies. Wenger was able to do it for couple of seasons. To me it was bad decision by the top-management to hire a manager who never showed any inclination to use a No.10 in his career successfully and asked him to do it. Making it a hell… Read more »

He couldn’t drop the entire team.

on another note i just read online we’re looking to sign Koulibaly and william carvalho is there any truth to this? does anoyone know the latest??

As he put it himself…Ruthlessness, non negotiable haha love it.

Emery was insecure and weak, Ozil saga was nothing more than a statement. I most welcome Arteta’s rule of ruthless accountability, he is not going to bend-over for these spoiled little millionaires.
Non-negotiable > protagonist

Can we brace ourselves to the very probability that Arteta’s inexperience is likely to be exposed sometimes, and not go overboard in our criticism and analysis.

Great point. Not to mention cleaning up a shitshow doesn’t happen overnight.

I think we got a lot of shortcomings in our team

I’m sorry but who the fuck voted down this comment??

Very solid appointments. Excited about this team who will provide support to Arteta.

I assume the BFG will remain at Arsenal?

Yes. He’s head of academy, so not a part of artetas coaching team

Boy aren’t we all pleased about Freddie the ‘Invincible’!? Here’s to a new era of greatness. Wenger’s legacy stays alive as well. COYG!!

To be quite honest, I’d love to see more of that lot in our staff nowdays, how I’d love having someone like Gilberto, Bobby Pires given a role, our mighty lord Dennis, etc involved with this club. What better to keep the spirit and ethos of this club that players that lived under that?

So if he was Pep who is his Arteta then?

That’s a question mate I was after an answer? 🙂

I’d also like to take this opportunity to thank Arseblog for its incredible service over the years, it’s 7pm on Xmas eve and you still manage to keep us updated with breaking news about the club we love. You’re awesome! How does Mrs Blogs allow it? I’m so jealous.

Merry Xmas to all and everyone except Spurs fans! Up the Arsenal!

Thanks to Andrew for informing and entertaining us every single day. May our 2020 be a return to the good old days of being Arsenal supporters. We may not win anything soon but we want pride and passion restored, the rest will follow.

(Always had this Q) Hey Andrew, does Mrs blogs love you even after knowing that you love Arsenal so much?Merry Christmas, btw to you and your entire arseblog team.

Come on, Spurs fans have nothing to do with Christmas

I’m encouraged that he’s surrounded himself with some experience but also kept someone like Freddie who knows the squad well and, well, we all love

Good appointment but I heard that some of the current players are not coachable.

Good luck to them as John Lennon sang
A very Merry Christmas
And a happy new year
Let’s hope it’s a good one
Without any fear
War is over,.

Wouldn’t be upset if we saw Arsenal bring a few Dutch youth players into the academy over the next couple of seasons, given Stuivenberga‘s history. Maybe build a relationship with Ajax and our old friend Overmars. Really intrigued to see the profile of player this coaching team brings into the senior squad and where the academy develops their pipeline to fit Arteta’s vision.

So we have a number of gunners back. Who’d have thought amogst the bunch edu would land the top job and become everyone’s boss! Now we have per, mikel and freddie back. Time to get the rest, like avergers assemble!

So Pep is not going to be his assistant? Oh well, I guess we’ll manage.
Seriously though, I really want Arteta to do so well. Merry Christmas everyone.

Drop the prices of tickets, get the fans back in the stadium. Let the vocal fans create an atmosphere worth a football stadium and turn Emirates Theater into Emirates Stadium. Once the fans are able to get behind the team and support them, the performances will improve.

Fans!!
Motivate the guys by supporting them. Do not criticize them in the stadium as it affects their morale and overall team performances.

Me!!
Waiting for the price drop to be able to get into the stadium more frequently