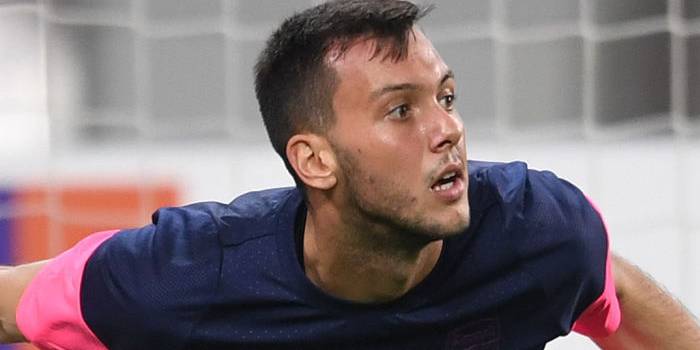 Goalkeeper Dejan Iliev has been recalled from his loan spell at SKF Sered.

The 24 year old was supposed to spend the entire season with Slovakian side, but in a message on their social media channels, it was confirmed he’d be returning to Arsenal.

In a statement, they said: “We would like to thank Dejan for the excellent performance he showed in our goal, a perfect representation of the club and wish him a lot of success in his career.”

He made 18 appearances on the Fortuna Liga, keeping three clean sheets. It’s not yet understood exactly why his loan has been cancelled, although there were rumours that the club were seeking a third choice keeper during the January transfer window.

Matt Macey is currently the back up to Bernd Leno and Emi Martinez, but perhaps Iliev is seen as a more experienced option should we need him.

Iliev joins Polish side on loan

Gnabry gains taste of limelight as others prepare for Reading test

Maybe we have a buyer for either him or Macey, either of them could move on a permanent transfer at this stage of their careers.

We could have a buyer for Emi Martinez either. He’s been impressive any time he’s played for us. Would be hard to begrudge him a move away to seek first team football at this stage of his career too. I’m sure that our board of directors would find it hard to say no if the price was right.

If Martinez goes, who is our longest serving player?

A goalkeeper’s life is hard in football.

Can’t agree more. There is hardly never any rotation for the spot. You have to celebrate your team scoring all alone in the opposite corner. If you mess up, you shoulder inordinate blame. Surely a tough life

Strange. Maybe he is for sale?