THE LOWDOWN
Arsenal face Championship side Lewes in the FA Cup 5th Round this Sunday. They might struggle to field eleven players given the extent of the injury crisis that has again engulfed the squad, the Gunners were again made to battle to the end on a heavy pitch against Liverpool on Thursday night, where a late Vivianne Miedema goal gave them a vital three points.

Ordinarily, a game against a Championship side would represent a good opportunity to rotate but it’s difficult to see how and where Joe Montemurro can make changes. Academy products Ruby Grant, Mel Filis and even 16-year old Ruby Mace might be in line for starts given the gulf between the two teams.

Regardless of the injury situation, this is a game Arsenal ought to win and win well against part-time opposition. Lewes only lost 2–1 at home to Chelsea earlier in the season in the Conti Cup and were only beaten 3-2 by Reading in the same competition. However, Spurs thrashed them 6-0 in December.

Arsenal have won the FA Cup 14 times- far more than any other English team. However, they haven’t won the trophy since 2016 and Arsenal’s mentality remains to go after every trophy available to them. With the Conti Cup Final on the horizon, the best chance for domestic glory for Montemurro’s side is in the cup competitions.

TEAM NEWS
How long have you got? Beth Mead is added to the casualty list after injuring her knee against Liverpool. At time of writing, there is no official confirmation on the status of the injury, but Joe Montemurro said it looked to be ‘long-term.’ This game will come too quickly for Caitlin Foord who arrived in London on Friday.

Kim Little (foot), Lia Walti (hamstring) are out, but Jill Roord returns from a one-match suspension. Katrine Veje is also unavailable, while Vivianne Miedema has been struggling with a sore back and Manu Zinsberger has a slight hip problem. Dan Carter (knee) is also unavailable.

STATS
Arsenal have won the FA Cup times 14 times, more than any other team. Southampton are the second most frequent winners with 8 FA Cups.

Katie McCabe and Danielle van de Donk are one booking away from a suspension for 5 yellow cards.

Vivianne Miedema is one goal away from reaching the 30 goal mark in all competitions this season.

THE OPPOSITION
Lewes are one of the most interesting stories in women’s football. Based in Sussex, Lewes have taken a firm and overt pro-equality stance. They have anti-homophobia banners placed visibly inside their stadium, for instance and use images of inspiring women from history as part of their match day graphics.

In the previous round, Lewes used their tie against Billericay Town to highlight the difference in prize money between the women’s and men’s FA Cups. Lewes also don’t accept applications for children to be matchday mascots at home games, they simply ask anyone under 15 to make their way to the tunnel area just before kickoff and help to lead the teams out. For more of an in-depth look at Lewes’ pro-equality agenda, check out this piece from BBC’s Tom Garry.

This is a club made of people
⚽️100% fan owned
?Not-for-profit
?Paying/resourcing our men's & women's teams EQUALLY
?Playing good football and using football to do good
Support us by becoming a single-share owner – just £40/year at https://t.co/W0pwGnJaXr pic.twitter.com/hlK0pNQkxy

Lewes also pay their men’s and women’s teams equally. If you are interested in what Lewes do, I would recommend following their General Manager Maggie Murphy on twitter. They also count ex-Chelsea left-back Claire Rafferty among their board members. On the pitch, they are 8th in the Championship having lost seven and drawn one of their last eight league games and needed penalties to defeat fourth tier Billericay in the last round.

PLAYER TO WATCH
With Kim Little and Lia Walti out injured, Jill Roord’s role will rise in prominence in the coming weeks. Having been suspended on Thursday evening and with the Spurs game postponed, she is one of the few players in the squad that has been rested. Jill has fitted in well enough at Arsenal and her passing numbers are very good. 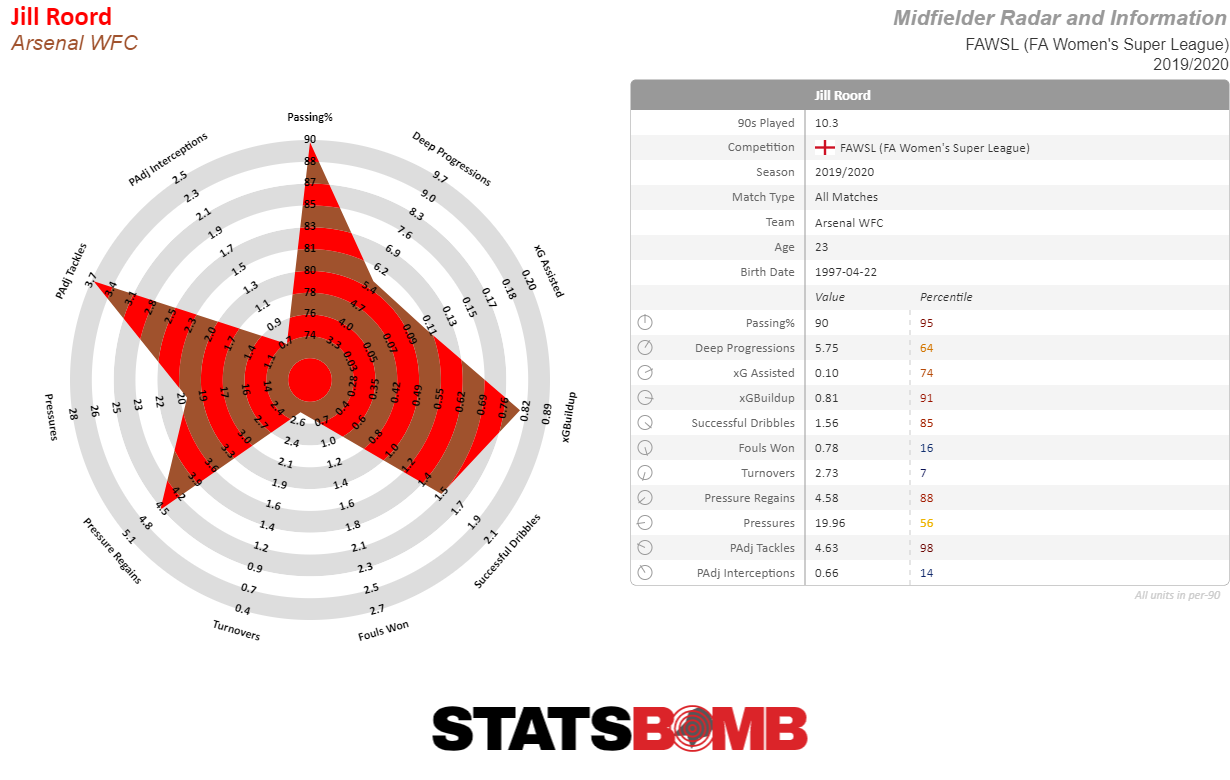 She is a calm presence in the middle of the park and with Kim missing, that could be very important to the Gunners. With Mead out and Foord to settle in, Arsenal need to up their end product and this is where Roord can step up to the plate. She has two goals this season, though she has played in a deeper role at times. With Kim Little out, she might get the opportunity to break into the penalty area more often.

HOW TO CATCH THE GAME
The match will kickoff at 1pm on Sunday at Meadow Park and tickets will be available on the gate. Otherwise the match will be shown live on BBC Sport and Online and the FA Player. The FA Player is a free app and it is not geoblocked.

? With Chelsea v Liverpool moving to Monday, @ArsenalWFC's fifth round game against @LewesFCWomen will now be shown live!

COMING UP
We will have exclusive player reaction on the site on Sunday evening, as well as all the usual build-up and reaction to next week’s match at home to Reading.

Seems that Chelski have already swapped their game to Monday in anticipation of a Storm Dennis the Menace washout Sunday. I’d love to swap ours to the wonderfully named Dripping Pan but as Monday is school day not good for the kids or, come to think, some of our available squad.

Young up and comer Tim Stillman tasked with the famous no 9 shirt quite looking forward to what *she* brings to the Arsenal frontline ?

Thanks for posting the highlights of our last meeting with lovely Lewes ,Tim. The people and location made for a brilliant day out.

With Lia out for what seems like quite a long time it would be interesting to see Arsenal go to back three. Against Lewes, it probably doesn’t matter but with better opposition, taking Leah out of backline makes our defence so so slow. Although this year she is getting more and more credit, I still think people underestimate how good one on one and big space defender she is. We miss that, if she is not in the backline. In theory back 3 with Leah, Beats and Viki should make us more solid against quick counterattacks and same time Leah… Read more »

I get the point of the need for Leah’s pace in the back line as any combination of Lou/Viki/Beats are susceptible to the quick ball over the top as witnessed by Liverpool’s first. The key is.
Who replaces Lia if it isn’t Leah?!!!