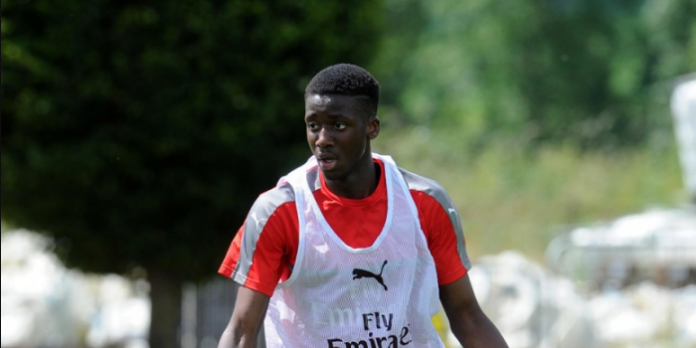 The regular transfer window may be closed but there is set to be another temporary departure from Arsenal over the next few days.

Defender Joseph Olowu, who has gained much experience playing for Arsenal at U23 level, is poised to join Cork City on loan.

Ireland isn’t a typical destination for Arsenal’s loanees and there have been some questions asked regarding whether playing in such a league will be beneficial for Olowu’s development.

It has to be taken into consideration, though, that Olowu doesn’t have any prior experience of senior football and playing regularly each week while competing for three points will surely be more useful than remaining with the U23s, where be wasn’t always guaranteed a place in the starting lineup.

Olowu is capable of playing at right-back but is most suited to playing at centre-back and is composed in possession.

The youngster has trained with the first-team but is finding it difficult to break into the senior squad and faces much competition at youth level from the likes of Harry Clarke and Zech Medley.

If Olowu was to catch the eye at Cork then it would help make him stand out to other clubs ahead of a potential loan or permanent move elsewhere.

About time Arsenal start producing decent defenders. Our academy has over the years produced quality in attack but never in defense. Hector Bellerin is a long time ago. Maybe this also explain why we always have been worse in defense

I’d love to a propper Defender come from the academy. Though most of the ‘top’ teams have not really produced decent one either – especially CB’s.