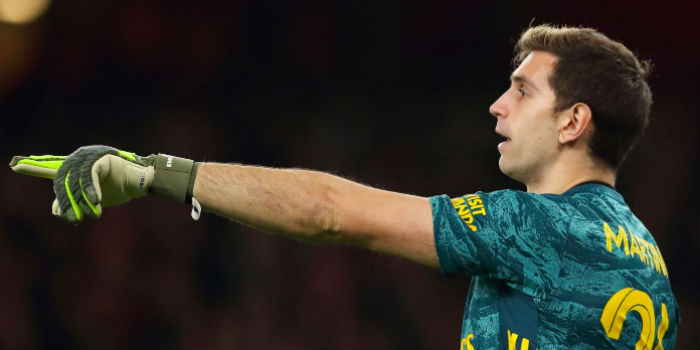 The bonus payment is understood to have been triggered because Martinez, our longest-serving player, has made 10 appearances for the Gunners first team this season.

It’s actually the first time the keeper has hit double figures in a single season for Arsenal since signing as a teenager back in 2010. His previous best was six in 2014/15.

According to Sport Witness, we tried to argue that the Europa League didn’t count (ha!) but have since reneged and coughed up.

We’re trying to get our head around a clause still being in play after a decade. Is that normal?

Also, it’s unclear whether this is a one-off payment or if we’ll have to make further payments if he hits 10 appearances in future seasons. God knows what we’ll have to pay if he hits 20 appearances…given he signed on Gazidis’ watch, we might have to sign over our stadium or something.

As a word of warning to Independiente, we wouldn’t go spending the cash just yet. If this season gets wiped from the record, presumably we’d be allowed to ask for the money back.

Had to check and confirm the date before continuing to laugh…
I just want to use this opportunity to thank the arseblog team for everything you have been doing for us. We take the work you do for granted till days like these when a simple story like this puts a big grind on my face. Thanks once more

Is it true that Sokratis inserted a clause in his contract whereby when the team fly, if Papa isn’t happy with the takeoff, he’s allowed to land the plane?

By the time he finishes introducing himself on the tannoy – “hello, this is your capitan Sokratis Papastathopoulos…” – the plane has already landed

That’s an April Fools joke by the Argentine paper, isn’t it? Cause there it was posted on April 1st.

Is this an April Fools joke perchance? I’m confused…

The levels of irrelevance are going through the roof.

Well considering how much we spent for loaning the injured Soares, those 500k at least have been connected with some sport benefit.

I look forward to and always read his columns. It is my favorite part of the Arseblog. Well, except for maybe The Arsenal ‘Gent.

Hope everybody out there in Goonerland is taking care of themselves and their loved ones.

Tim is absolutely the best part of Arseblog, and he doesn’t get anywhere near enough recognition

If this is true then I wonder how many times that clause stopped him playing. Sometimes contract do the player no favours.