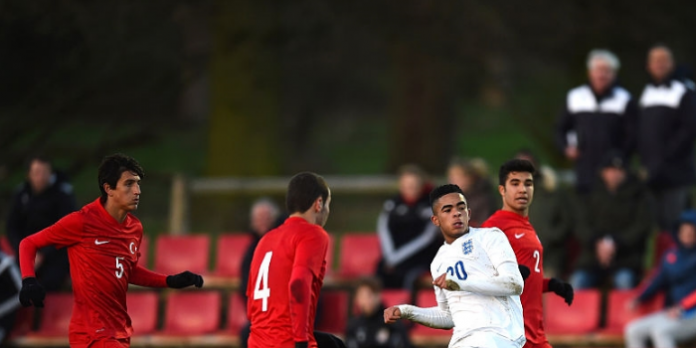 It wasn’t exactly in the circumstances that he had envisaged as he took the field at an empty Emirates Stadium, but yesterday Trae Coyle made his first senior appearance for Arsenal in the friendly defeat to Brentford.

Coyle was only on the pitch for five minutes at the end of the game as he replaced Reiss Nelson, but, despite the result, he will have been delighted to have been involved with the senior squad and will now hope that a competitive debut will follow before the conclusion of the campaign.

This moment has been a long time coming for the 19 year old, who was previously seen as one of Arsenal’s standout prospects. There have been many ups and downs since then, with injuries not helping his cause, but over the past couple of seasons Coyle has started to perform with greater consistency.

The winger is usually deployed on the right flank, and, although he only scored two goals for the U23s this season, the vast majority of his performances were of a high standard.

A player who has excellent close control, Coyle has shown signs of improvement in a tactical sense and has clearly impressed Mikel Arteta in training.

There is still a long way to go for Coyle if he is to succeed at Arsenal, and it is anticipated that he could be sent out on loan next season to provide a greater gauge of the level that he is currently at.

He will aim, though, to be on the periphery of the first-team squad over the coming weeks and, with the games being played in quick succession, you never know when an opportunity may arise.

Of course winning trophies is pleasing, but I get almost as much pleasure and importantly pride seeing the club successfully developing young players like this for the first team. Money talks now more than ever but only reasons players are ever worth anything is because of their dedication and the dedication of the coaches. If we can focus on that and first team integration like the Barcas (of the past), the Ajaxs and the Dortmunds + a sensible, targeted, transfer policy we might actually have an identity, the ability to retain talent and ultimately to win trophies. The signs from… Read more »

This is the best thing left of the Arsene legacy. The football may have turned awful during the Emery era but the youngsters continue to come through, particularly under Mikel and kudos MUST be given to Freddie to have the courage to blood the likes of Saka at left back. And without which it may have been hard to convince Eddie to stay. Even if Emery gave minutes to the youngsters in a definite way there wasn’t the structure to give them the platform to succeed and reduce the chances of getting booed. And many debuts were as a result… Read more »

Sell the “spy”. Thats all i will say.
We went down that rabbit hole before and got burned. Sell the “spy”.
Sorry David you must go.

I’m glad that Per said there is still alot more work to be done at the academy. We are really building up something with the ‘coaching process combined with first team experience’ over ‘talent acquisition formula’.

Arsene was very astute at finding staff talent as well as player talent.