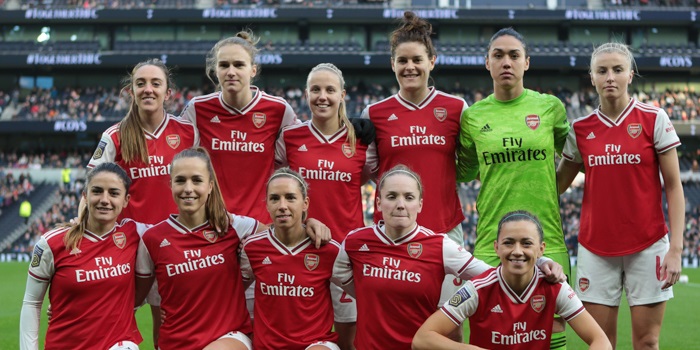 Arsenal Women will open their WSL campaign at home to Reading on Sunday, 6th September. The match will almost certainly take place behind closed doors with fans not yet allowed back in grounds. The game with Reading will instantly re-unite them with Danielle Carter and Emma Mitchell, both of whom joined the Royals over the summer. Afterwards, Montemurro’s side face a trip to West Ham in their second fixture scheduled for Sunday, 13th September. The remaining fixtures of the season are yet to be decided with the FA keen to await the Premier League fixture list to try to avoid big clashes where possible.

Prior to that, Arsenal will complete their Champions League campaign, with a quarter-final tie to play against PSG in San Sebastien on August 22nd. Arseblog News will have all the build-up and coverage for the Gunners Champions League matches in the coming days and weeks and we will wind up to the WSL season in similar fashion too. Arsenal will also complete their FA Cup campaign from last season in the autumn, with a quarter-final tie at home to Spurs on 27th September.

It’s so great to be able to support this team without all the questionable business that surrounds the men’s team at the moment.

It’s a double edged sword, I love that women’s football is getting more coverage, people are coming to the games more and more and the women are starting to be paid better but I do feel that money is a big problem in the men’s game and I’m wondering how if at all this can be avoided