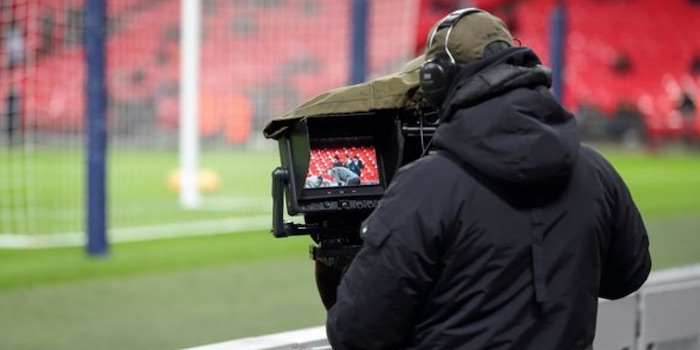 Arsenal’s game against Aston Villa, due to take place on Saturday November 7th, has been moved having been selected as one of the pay per view fixtures that weekend.

It will be our second fixture in a couple of weeks scheduled at that time, following last weekend’s encounter with Leicester City.

Despite the fact there has been a significant objection to the price, and viewing figures are generally poor, supporters are once again expected to shell out top dollar to see their team in action. This will be Villa’s fourth consecutive PPV game.

Last time, Arsenal fans put their money where their mouths were, raising over £40,000 for Islington Giving, an organisation that helps support local, grassroots projects to address poverty and inequality in the borough of the club.

The Arsenal Supporters Trust have had an open dialogue with the club about the PPV situation, you can read details on that here.

If there are further fundraising efforts to demonstrate fan sentiment towards this price point, as well as enabling those who can to help good causes at a particularly difficult time, we’ll make sure to cover them here on the site.

Now for a new feature on Arseblog News, our word of the day. Apropos of nothing, today’s word is ‘Stream’.

Arteta: Everything points to how far behind we are

Thanks god for Dodgy box’s

Are they trying to drive everyone to learn how to use illegal streams?

CC needed, that’s got to be dodgy surely?

I’ll own up as I imagine I’m one of the only mugs who paid for the Leicester game. Not only is the fee outrageous on top of everything else, but the experience is terrible. You pay £15 and you still see loads of betting adverts at halftime, why is that acceptable? Why not get some fans on to talk about the game instead? The coverage and analysis is really low quality and you have to install a different set of software to the main sky/bt player which then forbids casting to your TV. Never again. I’ll listen on the radio… Read more »

Don’t use Footybite. Illegal streams galore there. Great choice, but just to repeat, don’t use it because all the streams are illegal.

Things like this are really killing our game. Really pisses me off

Matches on the stream
That is what we’ll watch
No Sky/BT/ NowTV in between
How can we be wrong
Stream away with me
To an Arsenal world
And we rely on dodgy boxes and firesticks ah ha
From one Arsenal lover to another, ah ha

I’m a little curious about the knock on effects the whole PPV situation will have on foreign broadcasters who piggyback off sky and bbc. As far as I know, here in India, there’s no talk as of yet regarding showing these matches for a premium amount (on top of the annual subscription fees).

Yeah I’m in South America and the games are on ESPN as normal. I can’t imagine the locals here would pay any extra to watch them.

No different to 3pm games being shown abroad whilst they’re not here really.

It is a lot of money for many people and take up suggests it’s a disincentive. I hope there’s a way that the fee can be reduced but it’s not very likely. It will, as others have suggested, drive some fans to very naughty streaming options.

Most clubs know that TV money is driving their finances, but stadium attendance also means something. Till the fans return (and it is unlikely for at least winter now, what with the 2nd wave) they will seek to compensate by pushing more down the PPV scam. One wonders how much of the push for PPV comes from the clubs and how much from the broadcasters.

Yes, I don’t think there’s any chance there will be fans at games until past the New Year. Man Utd. appear to have plans for a much reduced attendance at Old Trafford, around 23,000, if/when that happens. That would translate into about 18,000 or so at The Emirates. Goodness knows what that will do financially (Utd. have lost a staggering £70million due to Covid), but there we are. PPV is at best a sticking plaster not a solution.

Shouldn’t those crap PPV games be shared around?

For reference, in Canada I pay $150 per year for DAZN. I get every single PL game, CL, and Europa for that price. Seems weird that we’re getting a better deal than the people who actually live in England…

I paid Rs. 500 which is equivalent to $9-$10 CAD to see all Premier League games for the entire year. Different countries have different earning power so I doubt that PPV (or at least £14.95) will be thrown at relatively poor nations. Or I hope not.

We are already paying extra here in the US. NBCSN has the right but unfortunately, most of Arsenal games are on Peacock (their streaming platform), which requires extra subscription. UCL and UEL are on CBS All access (another subscription. La liga on BeIn (on TV but require premium subscription), Bundesliga and Serie A on ESPN+ (subscription). By the time I’m done, I’ll be paying another $20-$40 a month on top of regular TV subscription. They are milking football (soccer) dry. It’s just sad that football authorities forget that the game is about fans.

There seems little point in paying a Sky or BT subscription for supporters of some clubs.

Honestly if it was a fiver, I might consider it but I pay shed loads a month for Sky Sports and BT so this is literally daylight robbery

I hate watching streams and the minutes of delay – my fotmob app telling me goal is coming – but I will not pay for these games for more than a fiver.

Say goodbye to english football as we know it. Money grabbing for the sake of it. Disgrace.

7.15pm on a Sunday pisses me off even more