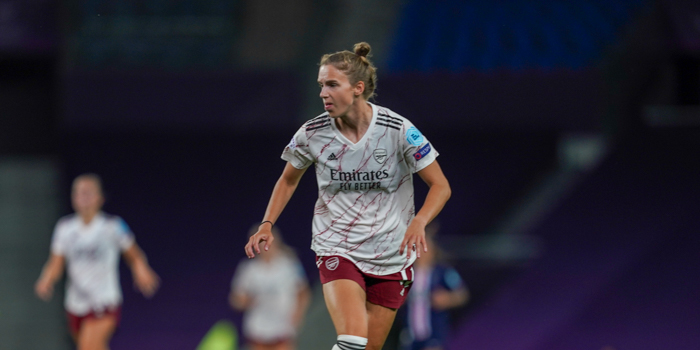 Miedema scored six goals and made one assist in October, with strikes against Bristol City, a double away at Brighton and a first-half hat-trick at home to Sp*rs. In that Sp*rs game, she broke the WSL goalscoring record, taking her to 52 WSL goals in just 50 WSL appearances.

Miedema is the second Arsenal player to win the player of the month award this season, with Viv’s compatriot Jill Roord winning the award in September after she bagged back-to-back hat-tricks in the Gunners’ opening two games against Reading and West Ham United.

We love Viv and I guess becoming record WSL goalscorer helped her cause but why do these awards so often overlook contributions to the team, for example, Caitlin’s 4 goals and 5 assists in 5 games. Should have been a contender, no?

Congrats to you,, Vivienne – and to the whole team!

It must be nice to have such a deadly striker able to play through the centre and score at will at your disposal.