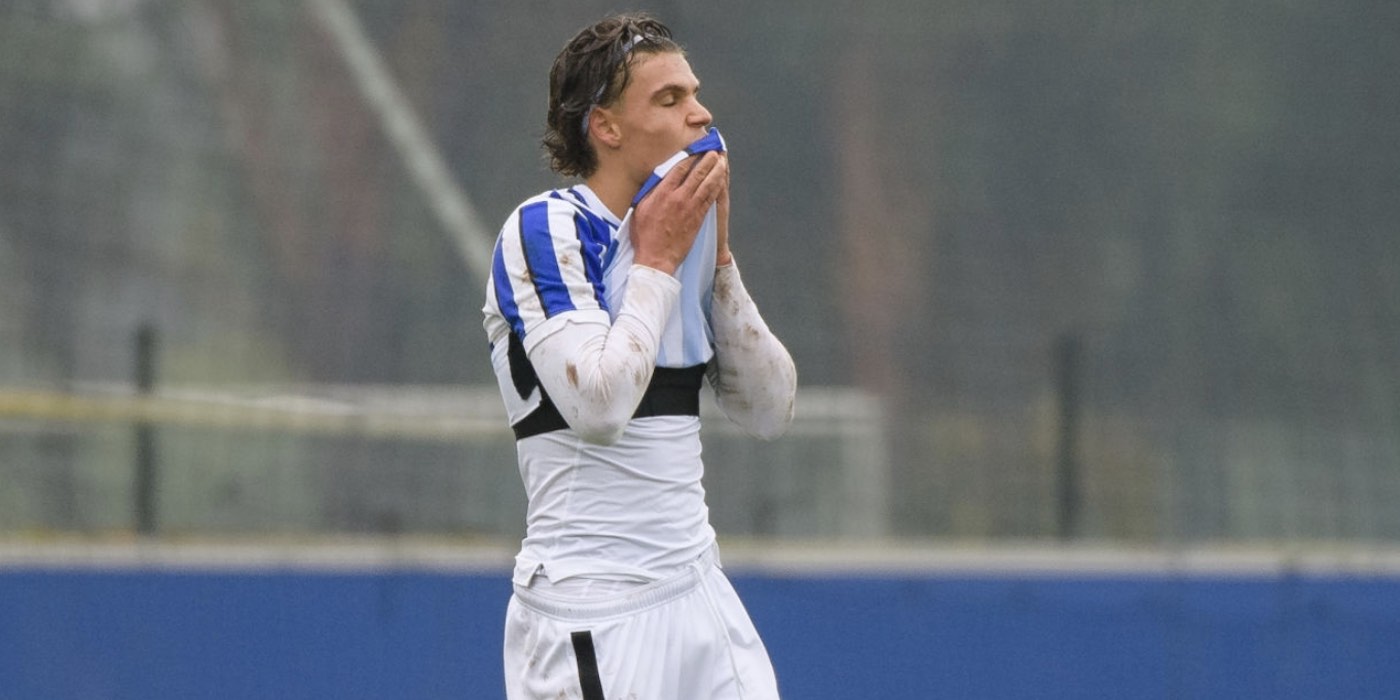 The then 18 year old was expected to join from Hertha Berlin, but in the end the deal didn’t completed in time.

However, Rekik now looks to have been fully brought on board, with Jeorge Bird reporting he is already training with the U23s.

Speaking about the signing, Mikel Arteta said, “We will announce it when we possibly can, he is a young talent that we have been following for a while that has a really bright future, but we will give more details when we can.”

Asked when exactly it might be, he continued, “I don’t know! Very soon.”

Arsenal are believed to have paid around £1m for the 19 year old who was born in the Netherlands and who has represented them at youth level, but whose international future lies with Tunisia.

He’s a right footed centre-half, and as Arteta said, the deal is expected go through shortly.

Good to see us finally going for a young right-sided centre back.

Yeah Saliba is too old now. We need the next big thing.

He’s already training with the under 23’s. Can we not even ‘announce’ a signing correctly.

The paperwork with the FA/DFB/clubs might not be fully processed yet. If its just a matter of time it makes sense to start integrating him before the official announcement. Not everything is Arsenal incompetence.

Is that someone else for the club to sling into the under 23’s before shipping out on loan next summer…?

A Voice in the Noise
Reply to  Cultured Determination

Leicester did almost exactly that actually! Huth and Morgan combined was around 3.5£ mil. I think.

So our central defensive options are going to be: Saliba, Rekik, Mari, Gabriel and Holding. Looks like curtains for Luiz, Mustafi, Sokratis and Mavropanos.

You forgot Chambers. I want him to be given a chance in the remainder of the season before we decide whether to sell. I think he’s a solid defender who was rapidly improving before his injury, and better on the ball than Holding.

Mustafi and Luiz will be gone by the summer, and who knows whether Saliba will be in our short-term plans, so we will probably need another right sided CB to compete with Holding anyway

Yeah I feel like Chambers has had a funny old career with Arsenal, and never really done much wrong or been given a chance to prove himself. I’d like to see more of him.

Thanks, you’re right, I forgot Chambers. It looks like the manager has as well. I’d keep him, but I suspect his days are all but over at Arsenal.

Luiz, Mustafi and Sokratis are out of contract in the summer. Rekik and Saliba will probably still need more time. Unless we buy another established CB, both Chambers and Mavropanos should be in the mix next season.

There is also Ballard, McGuiness and Clarke out on loan who all appear to be getting good reviews.
This is essentially an u23 signing. No need at this stage to be debating his place in the 1st team pecking order or crying foul if he goes on loan at some stage. He is a, presumably, talented young CB who Arsenal are hoping can grow into a 1st team player, that is all.
Welcome to Arsenal Omar.

I feel sorry for the young chap William Saliba. Were we really in need of a new cb and still sent WS out on loan? Methinks Arteta has a problem with man-management of players and unfortunately, the club hierarchy is letting him get away with it. He just damaged that poor chap’s confidence.

Even after the explanation he just gave? I personally believe it was the best man management ever.

After his personal problems, having played less football in the last 18 months at his age, the best thing he needed was to be handed the armband.
A mistake or two and fans on his social media platforms yelling Saliba is shit would help settle him in the best league in the world

I think he quite clearly stated that the problem was that Saliba was basically needing regular first team action. This new chap is for U23s, Saliba needs something more than that…

Does anyone have any insight on how Mavropanos has been coming along at Nurnberg & Stuttgart please?

I haven’t heard much about how he’s doing, and there’s rumours he’s going to be sold now. Would be disappointing, he looked pretty strong in his first couple of games before he got sent off at Leicester, but since then he’s had bad luck with injuries and doesn’t seem to have got closer to the first team.

Mavropanos initially enjoyed his time at Nürnberg, finding the walks around the university’s grounds and bordering Schlossgarten peaceful and calming. In his first weeks he mostly focused on fitting into the club, working hard in training and making new friends. It was only when he branched out and began to visit many of the city’s many attractions such as Nuremberg Castle, the Pegnitz River, the Nuremberg Opera House, Frauenkirche, that trouble first started. The club’s fans took to Mavropanos and would approach him whenever they saw him in the street for a friendly conversation. Unfortunately, Mavropanos, despite years of therapy,… Read more »

Perfect thanks, just the info I wanted to know!

Our centre half fetish is out of control.

“was born in the Netherlands and who has represented them at youth level, but whose international future lies with Tunisia”

“has done internships in Mariott, but his future lies with Burger King”