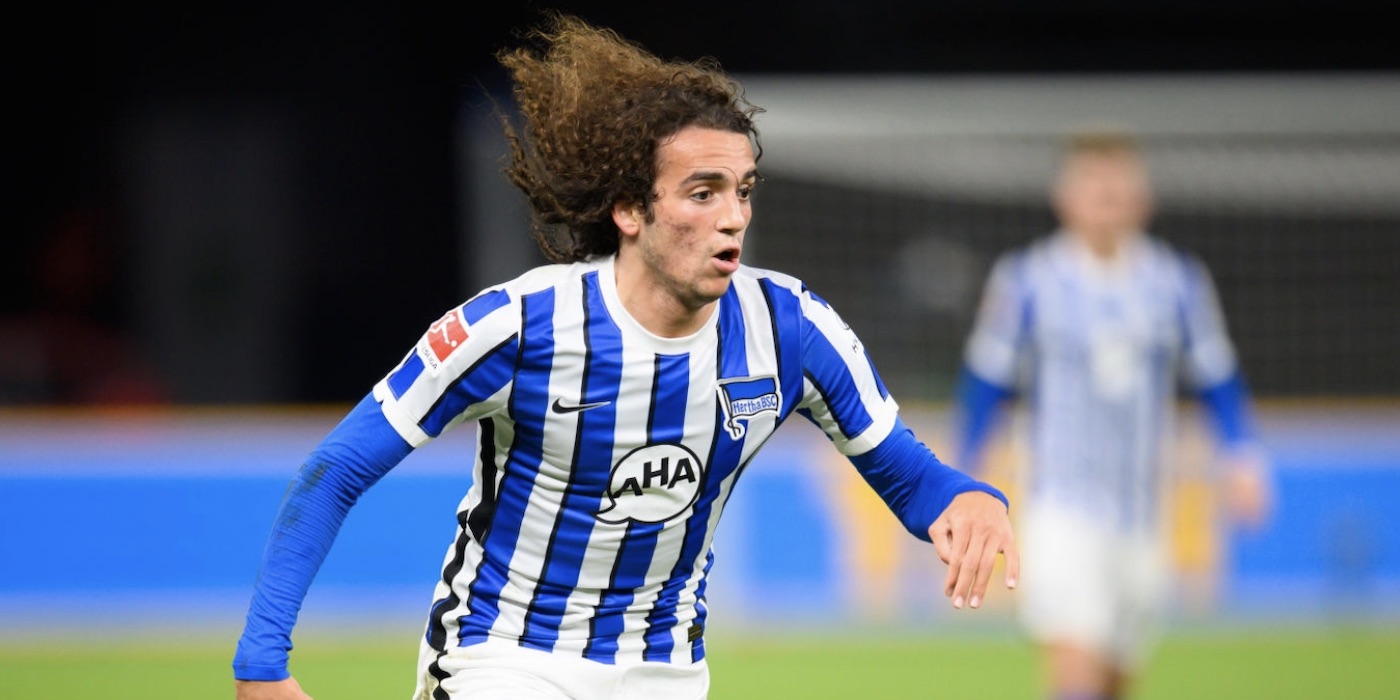 Matteo Guendouzi has played his last game for Hertha Berlin after suffering a metatarsal fracture which has ruled him out for the rest of the season.

ℹ️ @MatteoGuendouzi has been ruled out for the rest of the season.

Scans have confirmed that the midfielder has suffered a metatarsal fracture.

The 22 year old made 24 Bundesliga appearances, scoring twice and providing three assists, but Hertha are very much in a relegation battle, with only goal difference separating them from the drop with three games left to play.

It remains to be seen how serious the injury is, with Guendouzi set to feature for France in the European U21 Championships this summer in Slovenia and Hungary.

It also adds a layer of complication to the summer from an Arsenal perspective. With just 12 months left on his current deal, the midfielder is someone to whom the club are open to offers as we look to raise funds to invest elsewhere.

An injury to a player you’re trying to sell is never useful, but he should be well recovered by the time the summer window opens fully.

Best of luck to him in his recovery.

I wouldn’t mind seeing if Partey and Douzi can work together in the middle of the pitch next season. Only way that happens is Arteta jogging off. Arteta has done a really bang up job in crushing value of two very promising talents in Douzi and Saliba. I guess we could add AMN, Nelson, Nketiah (not loaning him), all the while still using Martinelli as a bit part guy. Yeah, I’m pretty much done with Mikel.

was always a pretender trying it out, lets see how much ambition these owners have— if they persist they are happy with mediocrity and the value of their investment increasing over time–

if they want real success—arteta should be shown the door,

the lack of a goal from open play in two legs shows how poor this team has become— the players are there to do a lot better with a lot more style but the coach simply suffocates them with his processes.

So Nketiah is your man and Martinelli a bit part?

We have hyped up martinelli a lot tbh.

not to mention our much needed LB cover in kolasinac

I wouldn’t be surprised if Saliba is still playing in France next season somehow.

Don’t understand the revisionist love for Guendouzi, hasn’t looked a world beater for us or for Hertha

Hopefully that won’t effect any possible transfer in the Summer.

Too bad, but I don’t think the price point would be as high as people seem to expect even if he didn’t get injured. He’s been part of a Hertha side that was super underwhelming all year, and having watched a few Hertha matches, he never really imposed himself.

Can we just end this season and move on please?

I swear I’ve read the same thing on these forums multiple times at the end of about the last 10 seasons.

Still got the Europa Conference to aim for.

Lol and what a target that is

Let’s at least make these four games useful and experiment with Balogun and Azeez. With Xhaka injured, Ceballos a busted flush, Elneny limited creativity, I would definitely try and play Partey and Azeez together in the middle in these last four games – what’s the worst that can happen. West Brom on Sunday – why not start Balogun too and see how he does against a practically Championship club now anyway. If Madrid have told the club that they’re keeping Odegaard this summer, there’s no point playing him anymore. Just taking up a place that someone else could use to… Read more »

So that would be the logical thing. The issue is Arteta should be feeling pressure which just means more of the same.

So true, we already know his MO under pressure and that is not changing things and relying on experience. So, Luiz will be playing as soon as he’s fit, Xhaka back into midfield, Willian will probably start on the weekend, and Mari will be preferred over Gabriel.

I wish I was joking…

Yes, I think any move for Odegaard is pretty well over. I don’t think that RM will sell him but in any case we’re not flavour of the month with them because of the ESL debacle. I doubt he’ll really want to move to a club not in European competition at all (as seems very likely now in our case) – this could well be a factor regarding several potential transfer targets. As you say, the remaining games could provide an opportunity to test out other players, combinations of players particularly youngsters such as Balogun. Let’s give it a go,… Read more »

Buendia is the guy we need. He should be priority #1 and #2 (as he could slot in as a CM easily alongside Partey). A young LB #3. A young RB #4. And I think we should sell Laca, Nketiah, and bring in a young striker that can hold the ball up too. Bring back AMN, Willock, and we have enough cover in the middle of the pitch.

Key to all this is “youth”… No more Pepes, No more Willians.

I doubt AMN or Willock will want to stay on under Arteta. Guendouzi and Torreira need to be moved on. Look on the bright side. We still have Elneny.

I completely agree with you.

Him, Saliba and Lucas…. I want to keep Matteo and Saliba. And see how Lucas feels. I still think we should keep all

Well now we’re probably stuck with him next year, and likely means we will have to sell willock (who I think we should keep)

Get well soon and hope this doesn’t impact the price tag.

We should keep him. He has more hunger than most of our senior players.

Matteo was part of the emery team that nearly made top 4. He has talent. And he’s no more rash than any other arsenal player who has received red cards this season. Look. City’s owner has family wealth of 3 trillion and that club will basically win the prem 7 times a decade until the world runs out of oil.. Chelsea and Man United will spend whatever it takes. Arsenal will never spend the amount needed. At most, until kroenke leaves, will compete for 4th but top 6 is more realistic. It’s over for arsenal as a title chaser. So… Read more »