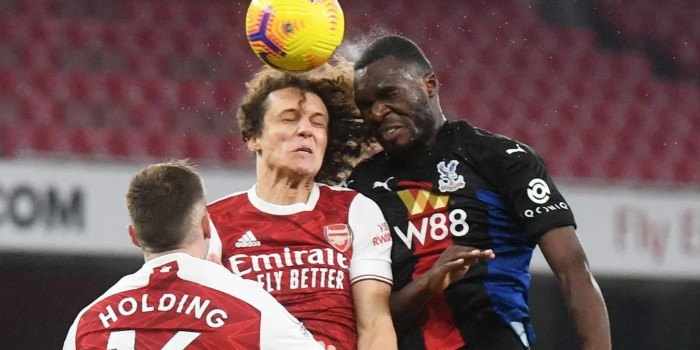 Arsenal have confirmed that our clash with Crystal Palace at Selhurst Park has been moved from Saturday 15 May to Wednesday 19 May.

With lockdown restrictions in the UK due to ease on 17 May, the Premier League has taken the decision to make its penultimate round of fixtures a midweek affair so that all clubs have the chance to invite fans back at least once before the summer break.

The Gunners are due to have 10,000 home supporters in attendance at the final game of the season against Brighton on 23 May. If you’re in the ballot, you’ll find out next week whether you’ve bagged a ticket.

Uefa have also confirmed that 9,500 people will be in attendance at the Europa League final in Gdansk, Poland on 26 May. The competing clubs will receive 2,000 tickets apiece with a further 2,000 tickets available to the general public.

If you’re feeling optimistic tonight and think you can get to Poland without violating any travel rules, you might want to apply for the ballot before it closes on Friday.

Wow! A match rescheduled to help (rather than hinder) fans! This has got to be first!

In fairness, there’s nothing altruistic about it. They need fan participation to improve their currently vapid product and get some cash into their coffers. It just so happens customer (sorry – fan) interests happen to align with their own.

“If you’re feeling optimistic tonight and think you can get to Poland without violating any travel rules, you might want to apply for the ballot before it closes on Friday.”
Ahem. Arsenal have to get to the final first!

At this point in time would anyone want to travel to watch this rubbish?

But I probably need therapy

“Uefa have also confirmed that 9,500 people will be in attendance… The competing clubs will receive 2,000 tickets apiece with a further 2,000 tickets available to the general public.“

What’s left out of the quoted attendance is more than a third of the capacity going to cronies, hangers on, agents and ‘dignitaries’.

I hate uefa so fucking much.

A M
Reply to  Fezec

reminds me of the baku shambles, 10k seats each for us and chelsea in a stadium of minimum 60000 capacity
stadium looked like covid restrictions had been eased only a month ago
this was in 2019

Biggles
Reply to  A M

True, but given the abject performance against Chelsea it was probably best, with hindsight, that only 10k fans turned up to see it!

See, we wouldn’t have this problem if we had the European Super League!!
(I jest… I jest…)

A P
Reply to  ManilaGoona

A couple more seasons of this drivel and this notion will be more attractive. But we would be too small a club by then.

Thinking selfishly, I rather liked the idea of playing at Selhurst without Palace fans in attendance…

Anyone else feeling good or bad vibes about tonights game? I feel nervous as I really have no idea what arsenal will turn up!!! The headless chickens of last Thursday or the one that spanked chavski in their own back yard!!!

Not long before we find out. I think we’ll get through. However, if we don’t and it’s due to silly errors or just poor play then there’s little hope for this team really. If they can’t do the business tonight, when will they?

If there’s both the UEFA and the champions league all English finals then surely we should be playing both of these in the UK?

This April I turned 40 and was suppose to be coming to London from Montreal Canada to watch my first live Arsenal game. That plan fell apart for apparent reasons but the dream is still alive.
Looking fwd to spring 2022 to meet my fellow gooners for numerous pints and hopefully a win. Maybe I will even be able to squeeze a cup game.
COYG!!!

Once a gunner
Reply to  MARIO DIAMANT

Hope you get over soon bro.

Have you given any thought to the really big question though? What pre-match boozer will you choose??

Not at all…whatever flows my friend 🙂

I guess it’s because he’s no longer connected to the club other than being an ex-player. People have commented about his actions, albeit under other stories.

Yeah, but he was a coach in Wenger’s last season – so his association isn’t that stale. He’s a notable player, ex-invincible. When Titi was at Monaco or Vieira made moves to Nice etc. Arseblog wrote stories.

Now that he’s made a racist comment about a black footballer and reporter, Arseblog doesn’t find that notable? Especially in this climate of BLM etc.? I don’t understand that call.

Btw, Hertha found it notable enough to sack him from their board.

If it’s an all English final, couldn’t Uefa change the venue to an English ground. “Unprecedented times” and all that

Let’s see if Arteta’s claim that the team suffered without fans is really true or not.