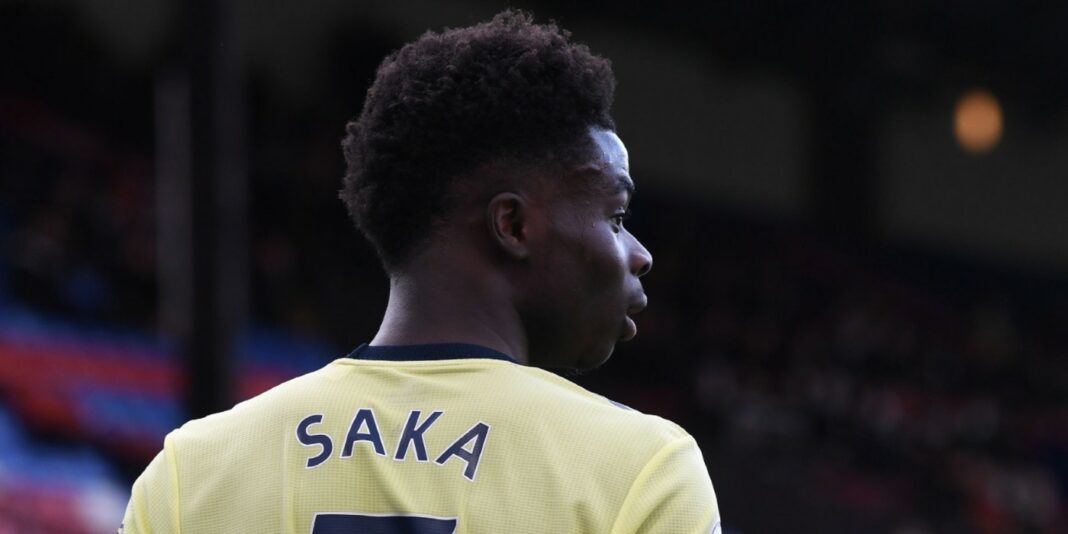 Bukayo Saka has won Arsenal’s Player of the Season award after sealing 51% of the vote.

In what was far from a vintage year for the club, the 19-year-old was a worthy winner and had little trouble seeing off competition from Nicolas Pepe and Kieran Tierney who finished second and third respectively.

Saka made 10 assists and scored seven goals in 46 appearances this season as he built on last year’s breakthrough campaign.

As weeks go, this has been a pretty decent one for Bukayo. His inclusion in England’s squad for the European Championships was confirmed on Tuesday, he was nominated for the PFA Young Player of the Year award and scored his first international goal in a 1-0 win over Austria on Wednesday.

Normally he’d be making love on Thursday, Friday and Saturday before chilling on Sunday, but England plays Romania so that kinda scuppers his plans.

Congratulations, Bukayo. You are very good at football.

The obvious choice and well earned. But Pepe ahead of Tierney?

The Pepster was very good, but for me Tierney should be second…I believe he would have been first, if he’d had less injuries.
Injuries or not, I voted for our scottish ironman.

Tierney ahead of Pépé by far in my book. Where was Pépé when we needed goals in October and November? Fans always remember the last three games.

sitting while willian played—not always, but part of the problem. i wouldn’t have voted for pepe (saka, then tierney seems fair to me) but i thought he did improve over the course of the season.

Arteta wasn’t picking him at the start of the season – hello…? He was playing Ceballos, Willian and Elneny (with no recognised number 10 I might add, in spite of the fact we had a perfectly good one ostracised) – whilst Pepe sat on the bench and looked on, with the rest of us, at the slow car crash of a League campaign unfolding in front of him.

Some of you can’t remember beyond last Thursday….

Who was the perfectly good one?

Where was Tierney when we needed goals…..

Where was Tierney when the westfold fell?

The long injury layoff apparently played a part.
Pepe improved remarkably from his first season numbers and general application in games, and had an injury free campaign.

Totally confused by that too Andy. Very happy with Pepe’s improvement but a better season than Tierney ? That’s a wow for me. Saka first, KT 2nd for me, without any question whatsoever.
Well done Saka anyway. What a joy he is to watch.

Congrats to Bak “a light in the darkness of 2020/21” Saka.
I’d like to offer my services to cover his craig david related duties if Lucy Pinder is available.

Not all of us have

Not all of us indeed..

Some of us haven’t even got to the 2000s yet…..I’m still excited about Nevermind coming out

Well done lad .. Most obvious vote ever. The kid is magical .

Willian must be disappointed, bet it was close.

Qwaliteee
Reply to  Will

No. He gets the Greatest Arsenal Signing Of All Time.

Will
Reply to  Qwaliteee

Presented by JT in his kit!

He is getting better and better. Watching him and ESR was my highlight of the season.

Was the only highlight lol

Winning against Chelsea twice, beating sp*rs, and united was nice. Pepe having a good end to season and Jose getting sacked was also nice. I was having a blast the day sp*rs got kicked out of the EL. But with our league position and not playing in Europe, it really puts a damper on things. Let’s hope Saka can get few more games & goals for England and cheer us up.

Well deserved for such a young lad, you can tell he has a big future ahead (whether it’s with us depends on how we can match his ambitions). He had a little deep towards the last 2 months of the season and couldn’t make the difference consistently anymore but that will come with experience. For me he’s the first name on the teamsheet when fit alongside Tierney.

This lad will be going places! Hopefully he does it in a Arsenal jersey!

It beats me. Our season literally started looking up once ESR was introduced.

Heart, quality, grit, determination, technique, vision, humble, an academy product, and OURS! What a player

“Normally he’d be making love on Thursday, Friday and Saturday before chilling on Sunday”

One of the surer things in Arsenal history, much like Bendtner sporting a man bun being the low point of his career

Some taxi drivers think Nicklas went a bit lower than that.

We are run by idiots.

Not holding my breath.

We will sign good players for cheap, chase players we can’t afford and buy mediocre for a high price.

The best thing Arsenal could do for itself at this time is frankly to get rid of Edu and bring in Campos from Lille. I’ve said this for the longest time.

Owners want to do it on the cheap and have control over people with little clout to control them never mind experience.

Not holding my breadth on Arsenal.

…now rumoured we won’t be competitive with Villa for Buendia.

I’m really torn, on the one hand I would love to have half of villas squad, grealish both emis Watkins and a couple others. another part of me thinks our recruitment team are terrible, this should have been sewn up rather than tickling Ødegaard s balls for Madrid to get him in bed. then there’s the added reality of villa actually being a better prospect for incoming players (even though a lazy Hawkeye employee are the reason they stayed a pl team) why would ANYONE come to Arsenal now? all the pillow talk of Mikel being great with players, where’s… Read more »

Yep, well said. All ground I’ve been over myself (many times, I will admit).

Arsenal frustrate the hell out of me but I will always care..its in my blood. I’ve learnt not to get annoyed with the idiots that run our club and try and support whoever is on the field. It’s a struggle but I can’t not care. ATID