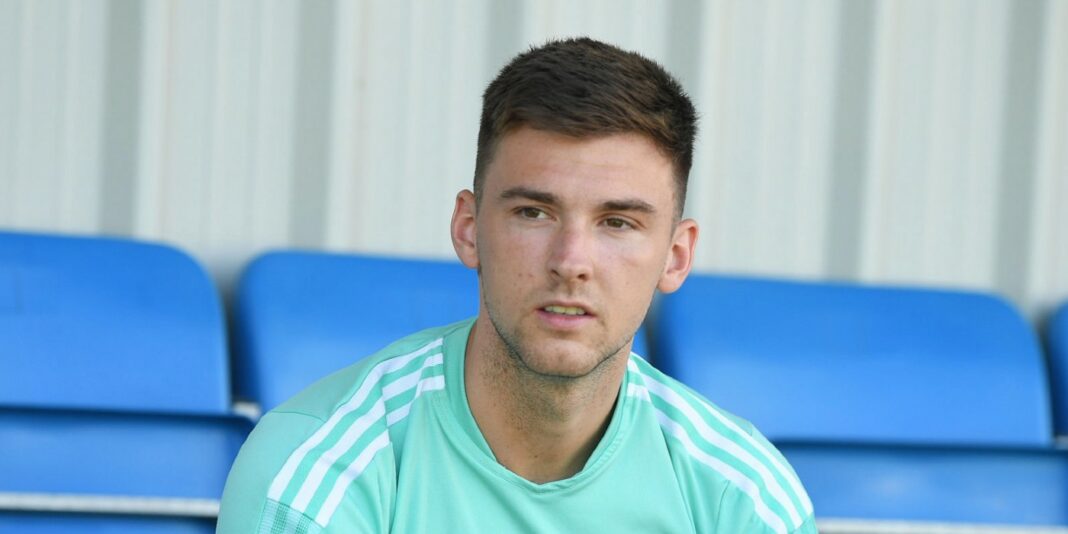 Mikel Arteta has revealed that Arsenal opted for a pre-season training camp in Scotland on Kieran Tierney’s advice.

The Gunners have spent the week stationed at the Oriam Performance Centre, just outside Edinburgh; a facility the left-back was familiar with from his Celtic days and one he’d also experienced on international duty.

The camp will come to a close this evening with a second friendly match in four days. Having lost 2-1 to Hibernian at Easter Road on Tuesday, Arsenal will look to bounce back against SPL champions Rangers at Ibrox; a match organised to celebrate the club’s 150th anniversary.

Ahead of a return to his old club, Arteta shed light on the benefits of having a proper pre-season and the way the plans came together.

“The first thing is that we’ve got time, something that we haven’t had since arrived here, to prepare a lot of things that are very necessary to develop,” he told Arsenal.com.

“The second one, we chose Scotland – it was Kieran’s advice to be fair and I think he was spot on. It’s got everything that we need here. We are quiet, we are calm, we have really good facilities, we are not far from home just in case something happens in this COVID world. It’s been really good and we could have two really good games to start our preparation.”

Next week, Arsenal will head Stateside for a second training camp. The first team squad will head to Orlando, Florida to take part in the Florida Cup which will start with a clash against Inter Milan.

“America is about going away,” said Arteta. “We know the brand, the club that we represent, and that’s a global brand. We have to be there, we have to be close to our fans all around the world.

“That’s a huge opportunity for us to do that and we have our owners there that we can see, meet and get close to the team, which is a really positive thing as well. And then we have a tournament that had everything that we wanted: international teams, a Premier League team, and we can start to raise the level in our preparation.”

Arteta also confirmed that first team coach Andreas Georgson, who is set to return to Sweden to become Malmo’s Sports Manager, is being replaced by Nicolas Jover. The Frenchman joins from Manchester City after two years working under Pep Guardiola.

“We had a situation in the summer with Andreas [Georgson], where he had the possibility to leave to his country,” said Arteta. “He had different reasons to do that and I understood that situation, so we needed to recruit somebody.

“After looking through what the best solution would be, a person that I know was on the market, was available, is someone whose expertise are incredibly useful and valuable for us. He’s joining us. His name is Nicolas Jover and I’ve worked with him before at City.”

No dig on Auba but Tierney is next-level Arsenal captain material. His only demerit is he’s a fan of that classless arsehole Conor McGregor.

I know it’s preseason but please don’t lose the match today. Too early for the negativity that will bring.
Wish you all the best

Arsenal lost all 3 of their preseason matches in the summer of 2003. These games mean nothing

I completely agree with your point about the meaninglessness of pre-season results but you’re not correct re results in pre-season in summer 2003 (ahead of Invincible league season). We only lost 1 of our 9 pre-season games that summer.
https://en.m.wikipedia.org/wiki/2003–04_Arsenal_F.C._season

Plenty of upvotes for a false statement.

Never let facts get in the way of a believable statement.

Somebody please tell this man when to shut up.

This story sounds like a load of horseshit, the manager trying to bask in the glow of one of our best loved players.

Because surely at a massive organization like Arsenal, the location of pre-season training is decided long in advance by a team of professionals after considering all kinds of variables?

Not after a suggestion by one of our players?

There ARE professionals in the non-playing staff, aren’t there?

I wanted to react angrily but then I read your name again. Jog on to that sarcastic team down the road.

The Beast
Reply to  SarcasmB0t

Is this some sort of performance art where you aim to take sarcasm to it’s limits?

If so, well done. Big fan of your work

I think it’s absolutely beautiful that the club listens to its players. That’s the kind of club values I can happily support.

Me too, I thought it was a bit weird that a big team like Arsenal waited for a player to say “coach, can we go to scotland for pre-season preparation? Maybe Kieran suggested this at the end of last season and the professionals checked everything and validated it or the professionals proposed many options including Scotland and Kieran pushed for home.

Once again Tierney proves he is the future captain of Arsenal

KT3 First Assist! Here’s to many more this season! 👏👏👏

A legend in the making that Tierney. Next he will be advising on training methods, transfer policy, squad fitness and nutrition, and kit design. He should be ready to take over management of the first team by Boxing Day.

And never again did an Arsenal player wear long sleeves

He could bring back Flamini as his Kit man. If I recall correctly he’s handy with a pair of shears.

I actually think training further South would be better in Summer so you don’t have the exhausting long hours of sunlight but then the air quality is great up there so swings and roundabouts.

The tail is wagging the dog. Next reveal: Laca is responsible for the tactics and Xhaka handle’s the club discipline.

Xhaka would do a bang up job of it. He’ll be in someone’s coaching setup in the future without a doubt.