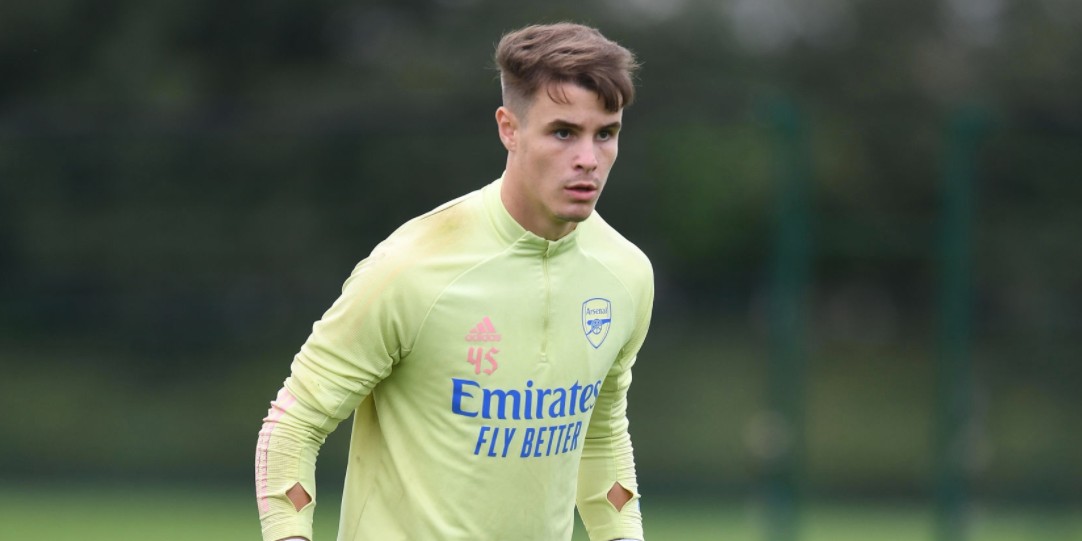 Arsenal’s pre-season fixtures get underway today with a game against Hibernian, and so far it has been confirmed that six members of the U23 squad have made the trip to Scotland with the first-team.

Here’s a look at what each of the prospects have to offer.

A no-nonsense defender who joined Arsenal from Ipswich Town as a schoolboy in 2015, Clarke impressed while on loan at Oldham Athletic in League Two last season.

The centre-back is also capable of playing at right-back and possesses excellent leadership qualities. Clarke has been made available for loan ahead of the new season but will be looking to excel in pre-season first.

Signed from Hertha Berlin in January, Rekik didn’t make his debut for Arsenal U23s until the last game of the season against West Ham United, with an injury having affected his progress.

The defender is now fully fit, however, and recently became a senior international for Tunisia. Composed in possession and a fine reader of the game, he has frequently trained with the first-team when available.

Arguably the standout prospect in the academy, Hutchinson produced some excellent performances for the U18s last season as he impressed with his trickery and directness.

The youngster mainly plays out wide but can also operate as an attacking midfielder or at left-back and is somewhat similar to Bukayo Saka with regards to his style of play.

Henry-Francis hasn’t yet been offered a professional contract but the Hale End product has impressed the club’s coaching staff with his committed performances in training.

Possessing an excellent passing range, he needs to improve a little defensively but has developed very well in recent years.

A goalkeeper who initially joined on loan from Reading in 2019 to provide emergency cover, he signed a permanent deal that summer.

Hillson was on the bench against Slavia Prague in the Europa League last season but has only made five competitive appearances at youth level for Arsenal. He possesses good reflexes but is somewhat short for a goalkeeper.

A product of the club’s Hale End academy, Smith has gained experience via non-league loan spells at Salisbury and Dover.

Although he is capable of making some impressive stops, Smith is somewhat error prone.

Viv The 🐐
Reply to  goongot

And many more. Maybe they join in America?

Clark 20, rekik 19…Seeing their age being same as Saliba its unfair the amount of expectation we have from the latter. Only if Saliba was not a 28 million signing most would have been Ok with the loan. It can also be true like jeorge did mention before Saliba clearly is above the u-23 level but seeing chiellini perform at 36 shows there can be a long career ahead. Like most i am frustrated at not watching him in action with us but the careers of chris smalling, phil jones come into my mind how both were just criticised for… Read more »

Why doesn’t Arsenal give Saliba the “chance to impress” in these pre-season games?
Saliba has done nothing but impress wherever he’s been, yet he’s given such short shrift from Arteta. I still don’t understand why.
Is Ben White worth £50-60M more than Saliba? Hardly. Now there are rumours about Arsenal buying a surplus defender from PSG for £25M. What? This is when Saliba tore up the French league as a leading defender. What the f*** is going on?

White is coming because ahead of a season of crucial importance we have nobody who can fill the no. 1 RCB position, and it would be foolish not to solve this issue. Yes, £50m is a but number, but good CBs don’t come cheap, so let’s just hope it works – but everyone seems to agree on his quality. I guess Saliba is going because Mikel feels that so far he is behind Holding in the pecking order, and would get little to no game time. I would have preferred to see him stay in England but he seems to… Read more »

Because he’s going out on loan and his new club wants him for their pre-season.
Also, check your math: 45-50M on White – 28M on Saliba = White being 17-22M more than Saliba, not 50-60M more. It’s a lot of money, but you have to account for the English homegrown markup, etc.

Anyways, Saliba will be back playing for Arsenal next year, and the world won’t end (at least for this reason).

I know Ballard is already on loan but hopefully we get a glimpse of the other three.

Havent commented before, but have been an avid arseblog fan for a few years.
I just want to say thanks for the honest breakdown Jorge. It’s great to hear about some of the academy lads, makes watching these preseason matches more interesting.

Very much agreed, and also thanks for joining in on podcasts from time to time! Always interesting.

Yes, thanks Jorge. Really appreciate your knowledgeable reports on the young prospects. I like how you always are affirming of these young people, whilst also acknowledging areas for improvement. Class.