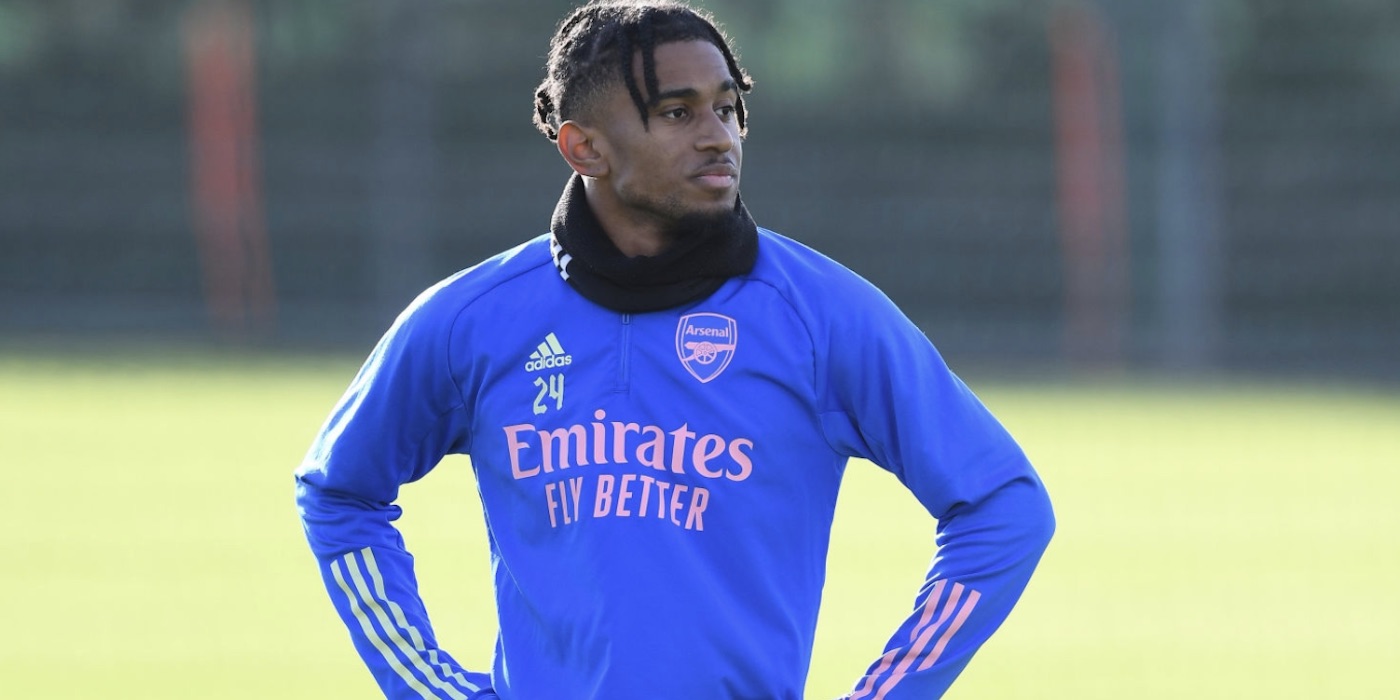 According to a report in Holland (relayed by Sport Witness), Feyenoord could turn their attention to signing Reiss Nelson on loan after a move for Manchester United’s Amad Diallo collapsed.

The Dutch giants were due to recruit the 19-year-old Ivorian, who joined the Red Devils in January, but he suffered an injury in training that means they have to look elsewhere.

Seemingly in the market for a tricky winger, it appears they’ve been alerted to the availability of Nelson who spent most of last season out of favour at the Emirates.

Nelson was linked with Crystal Palace, Brighton and Brentford earlier in the summer with Arsenal keen for him to sign a value-protecting new deal before sanctioning a loan move. Given the transfer window closes on Tuesday, things are going to have to move very quickly.

The England under-21 international spent a year with Hoffenheim in 2019/20 so testing himself abroad wouldn’t be new ground. Given what’s going on at Arsenal right now, being separated by a stretch of water might not be a bad thing.

Good idea. Get him playing, improving and returning to play for us.

That’s the idea but Extend contract and go out on loan is not working out from the point of view of our youngsters. If they do well, like Willock they get sold to a “lower” club.

To get lower than Arsenal at the moment means going to the Championship!
Newcastle are way beyond our sights!

Didn’t that happen in Germany?
Clearly not good enough for Arsenal but then again if you got rid of everyone that wasn’t good enough to play for Arsenal it would be like the Mary Celeste there..

I think there’s a good player in there. He’s even showed himself disciplined enough to play right midfield/ wingback. Think we just have a manager that has no clue how to use him.

Definite step up from playing for us at the moment

Why is he being frozen out if the squad? At least we can give him a few games as a sub maybe? Surely the more him and AMN play, even cameos, they improve their chances of getting sold or loaned out.

Who you dropping to play Nelson?

Cedric if you play a back 5. He’s as good if not better than victor moses, look what conte got out of him.

Go for it, just what he needs.

In other news, if Willian cancels his contract and saves us £20m then fair play and respect to him.

Also, everyone is rightly saying Saliba should be here now as he’s better than Holding, Chambers, Kolasinac and Mari already, but I’d also say Mavropanos is better than them (maybe not Holding)……can we recall them?

Under a proper manager players look and play better, like Mavropanos does.

Think back to mavropanos playing at old Trafford right after he was signed. Definitely good enough compared to the 3 we played Saturday.

Mavropanos actually had the best defensive stats of all our central defenders last season…including White. I think there might be an obligation to buy with him. As for Willian, I didn’t want him and thought he was a dreadful signing from beginning. On reflection though, I wonder if he’s yet another player Arteta couldn’t get the best out of instead of a lazy has-been. In any case, can’t wait until he’s officially gone.

Yeah I didn’t want him either, but he could just sit around cashing his fat cheque for another two years……if he doesn’t that’s a result, and he’s not a greedy f*cker

If he did decide to just stick it out and pick up two years salary could you blame him?
If Arsenal and Arteta are stupid enough to offer a large contract to a player whose legs are gone and is coming to the end of his career that is their problem.
I would have stayed and taken every penny myself.
It just illustrates how incompetent the “management” is at Arsenal…

That was a long post. You could’ve just said willian could have oziled

Get out while you can, reiss!

Nelson, Maitland Niles, Martinelli, Nketiah, Balogun. All of their Arsenal futures depend on the system Arteta wants to play and their suitability to the positions within that system. What that system is god only knows (certainly Arteta doesn’t seem to know). That is not a good position for a club to be in when making recruitment and retention decisions. But hey, this is a club whose owners don’t seem to care. Case in point being, they are okay with that same directionless manager loading the club up with £100+ million pounds of debt in the form of transfer fees for… Read more »

Such an important point. We are signing players of a lower age, and there are all these young players already here that we are messing about.

A little alarming that players are willing to take huge pay cuts(Kol, Will, Ballerin etc) to just leave?

Clearly Arteta is not working out and these guys are willing to go play somewhere else.

It’s a good option but I think if he is to be loaned, it should be to a more challenging league. Something that’s a step-up.

Feyenoord ARE a bigger club than Hoffenheim but the Eredivisie is even more attack-oriented than the Bundesliga. It’s so common for attackers to look sensational in the Dutch league and then drastically worse once they leave the league. Depay, Janssen, Miyaichi, Bergwijn come to mind.

He shouldn’t be taking a “step-back” at this point in his career.

He is blocking the progress of Willian, so a definite yes for a loan/sale.

Another player that was fucked by arteta. As Saliba and others more or less. Should’ve developed him. Arteta out.