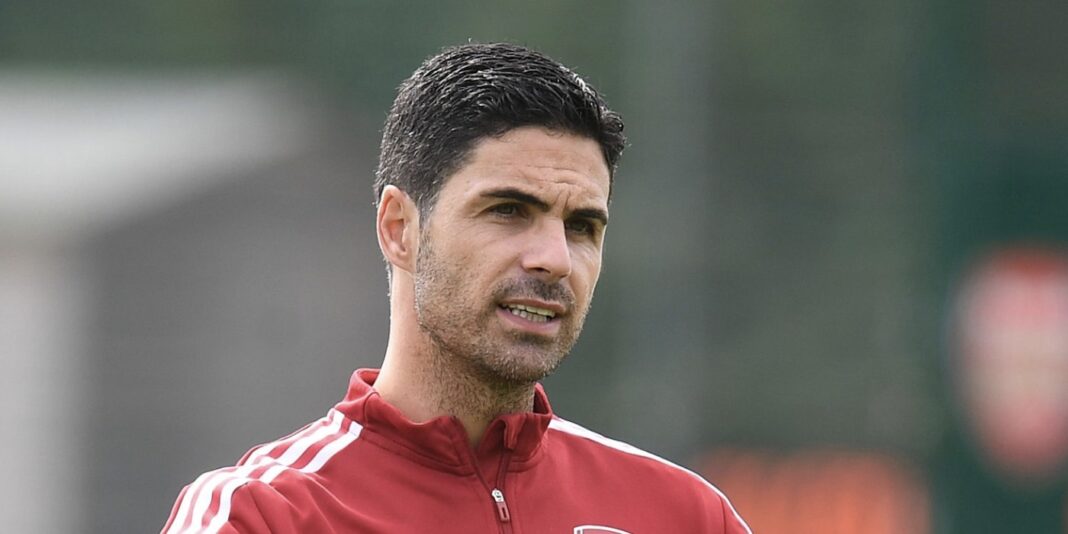 Mikel Arteta says he’s pleased with the balance of the squad following the transfer window, and that as manager it is his responsibility to start producing results on the pitch as quickly as possible.

The Gunners face Norwich at the Emirates on Saturday afternoon having lost the three opening games of the season, and the Spaniard has been at pains to point out that any medium/long-term project can only work when coupled with results in the short term.

However, after the arrivals of Ben White, Aaron Ramsdale, Albert Sambi Lokonga, Martin Odegaard, Takehiro Tomiyasu, and Nuno Tavares, the Arsenal boss is happy with the make-up of his playing squad.

“We are in a much better place,” he said.

“I’m happy with what we’ve been able to do with the ideas that we had. Now it’s about getting the maximum out of that team.

“As I’ve said before, the complexity in this industry is medium to long-term projects with immediate results.

“That’s where we have to find the right trick in the car to make it go fast as quick as possible and not break down.”

Asked to reflect on mistakes he might have made during his tenure, the Spaniard acknowledged that aspect of his work, with some self-reflection.

“I’ve looked at almost every decision that we’ve made,” he said.

“Certainly, I am the one responsible to make things work. We are not where we want to be and that’s my full responsibility and there’s no one else to blame.

“It’s always like that, that blame doesn’t go away. Every time you lose a football match, it’s like this.

“What I can assure you is that everything has been through a thoughtful process with everybody involved around the club.

“When it was more down to decisions towards the team, decisions on how we’re going to play or with who, it’s always with my coaching staff.

“You have to have that inspiration, that gut feeling that you should never lose, but always with the right intentions.”

With almost a full squad to choose from for tomorrow’s game, let’s hope we can get ourselves off the mark, score some goals and win a game.

What a novelty that would be!

9-0 tomorrow at least to balance out our goal difference would be swell!

Sorry Mikel, we have seen enough over the last year that you’re not up to the job. You’re a nice guy and it’s not your fault that the club should never have appointed a rookie manager. When you compare our players against the Norwich players, we should be attacking their goal for the majority of the game but instead I expect to see some nervous slow boring football again. A narrow win playing crap football tomorrow doesn’t change anything. We deserve a manager that gets much more out of the talent we have in our playing squad.

So shameful, the boys have not even kicked the ball, but someone has already know how it will pan out, such a little mind, support your club, through tick and thin my friend

Well we won the FA Cup last year and we had the second best form in the league from Boxing Day until the end of the season, so that would indicate that he is up to the job.

In a couple of months we’ll be in the top 6 and looking back at Brentford as a blip and at Chelsea/Man City as unlucky fixture timing.

No offense to Arteta but this quote -“ the complexity in this industry is medium to long-term projects with immediate results.” reminded me of the PPTs I used to prepare for potential client meetings. Similar to Arsenal, the big shots in the team would do the presentations and meetings, and once the project starts the actual work would be done by interns with barely any experience.

Is Arteta on a media blitz all of a sudden or is it just Arseblog dividing his one interview into several segments? How many statements has he made this week alone? Mikel, Can you just het the team to play well? Then you can make as many comments as you like.

Can Arteta really be happy with the balance of our squad?

The structure of our team is more akin to an hourglass – Heavy at the top and bottom but thin in the middle. There are too many defenders and attackers and too few midfielders.

I recall that Chelsea had more midfielders in 16/17 when They were out of Europe than we do now. I have a feeling we’ll sign a midfielder in January.

For us fans, there are very muddled messages about our midfield. Xhaka looking to be sold as he’s shown he’s not good enough. Further evidence of this is that no club wanted to spend any decent amount of money to buy him. Then suddenly, his contract is extended and he’s captaining the team.

Arteta is a spin doctor when a microphone and camera is put in his face. The proof regarding Arteta’s effectiveness as a manager will be defined by his team selections and the team’s style of play. So far that evidence indicates that he is not that effective as a manager. Be interesting to see if his tactics and team selections dramatically change for the Norwich match.

Bro, you and your entire coaching staff picked Kolasinac against City?

That sums it up perfectly. Everything you need to know about Arteta is in that match. He is dreadful. Even allardyce has a style of play.

Gabrielle and white unavailable and he did ok though.

Who else thinks Mikel talks too much?

Isn’t your responsibility to resign when the so-called project is clearly failed?

On the plus side of things – Arteta at least can’t pick Xhaka and Elneny for this match, and even better can’t pick Luis and Willian this season / ever again…

“We are in a much better place.”