THE LOWDOWN
Arsenal play at home to Denmark’s HB Koge on Wednesday evening at Boreham Wood in match day four of their Champions League group. The Gunners have recovered from a 4-1 humbling away at Barcelona on match day one with a 4-0 home victory over Hoffenheim and a 5-1 win away at Koge last week.

Another victory at Meadow Park would put Arsenal in a very strong position to qualify, assuming Barca beat Hoffenheim as expected. If the next two games in the group play out as expected, Arsenal would just need to avoid losing at Hoffenheim by five goals or more on match day six in Germany.

"Arsenal did squander some opportunities"@Stillberto reacts to a North London Derby that ended in a 1-all stalemate.

However, Arsenal won’t want to take anything for granted here. Koge were able to score against the Gunners on the counter attack last week and Spurs achieved much the same feat on Saturday. Spurs managed it with the score at 0-0 which changed the trajectory of the game and the result. Jonas Eidevall will want his team to avoid a similar fate on Wednesday and control this game from the start and- crucially- convert their chances.

Arsenal were rocked by the news of Leah Williamson’s hamstring injury earlier this week but with Jen Beattie and Simone Boye back from injury and Lotte Wubben-Moy and Anna Patten in the squad, they have no shortage of cover in the position- whether one of those can replicate Leah’s influence will be interesting to see, it’s certainly an opportunity.

TEAM NEWS
Leah Williamson will miss this game and spend some weeks on the sidelines after a “significant hamstring injury” sustained in the 1-1 draw with Spurs on Saturday. Jen Beattie returns to the squad having missed the last three games due to illness. Tobin Heath was an unused substitute at Spurs on Saturday after a calf niggle. Viki Schnaderbeck is still out with a muscle issue and Malin Gut (ACL) is out.
Available squad

A WORD FROM THE BOSS
“In football it’s about finding solutions, looking ahead and looking at what we have at our disposal to solve the issue. Injuries happen in a squad during a long season and that’s why it’s so important to train well and prepare well because you never know when your opportunity will come. But at some moment they will almost for everyone in the squad and it’s up to the players to take the opportunities when they arise.”

THE OPPOSITION
Koge have lost all three of their group games so far, falling to a 5-0 defeat at Hoffenheim on match day one. Strangely enough, their best performance came at home to Barcelona on match day two. They were defeated 2-0 in the end but dominated the first half and should have scored at least once. Anything other than a victory eliminates Koge from the tournament.

PLAYER TO WATCH
Mana Iwabuchi has only started one of the last five games for Arsenal and her craft was much missed against Spurs on Saturday. Iwabuchi was an unused sub in Denmark last week and only played six minutes at Spurs so she seems a racing certainty to start this game and reassert herself in the starting line-up. 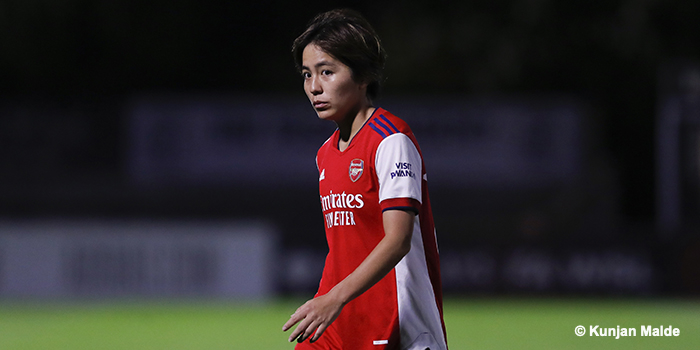 The return of Jordan Nobbs has heightened the competition in her area of the pitch as has the arrival of Tobin Heath since Iwabuchi’s highly impressive start to life at Arsenal. Koge will be well-organised with numbers behind the ball and the Japanese World Cup winner will be a key player when it comes to breaking the opposition down. 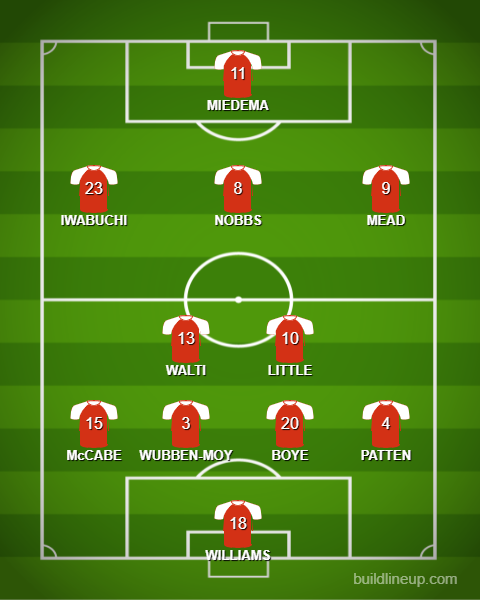 HOW TO CATCH THE GAME
The game takes place at Meadow Park on Wednesday evening at 8pm, tickets are available here or on the turnstile at £8 adults and £4 concessions. Otherwise, the match will be streamed live on DAZN’s YouTube channel free of charge, that stream will also be carried by Arsenal.com.

COMING UP
We will have match reaction from Jonas Eidevall on the site on Wednesday evening after the game, as well as video reaction. There will be the usual build-up and reaction to Sunday’s WSL game away at Manchester United.

Lets up the tempo again after the disappointing draw with sp*ds to get back to winning ways.

I would prefer Iwabuchi at AMC and maybe Heath at LW. Should give Little a little rest and put Noobs in midfield.

Agree with all of the above.
And with Leah now out of action, we absolutely need Kim for the Cup Final, and at her best conducting proceedings in order to achieve a 5-0 victory!