When Arsenal beat Reading 4-0 on Wednesday evening, Vivianne Miedema left the game with a goal and an assist, playing in a deeper role behind Stina Blackstenius, who was also on the score sheet.

The duo have a burgeoning relationship with Miedema looking very comfortable with her deeper role. In our analysis of the Reading victory, we picked out several examples of Miedema and Blackstenius’ pressing from the front.

“Yes, especially when she plays like she did against Reading,” Jonas explained. “She is so fast, I think she is the most explosive player in the league.

“The amount of ground she can cover when she does a full sprint is a lot. That means when you try to build up from the back against her, she might not press you every time but when she decides to go you cannot afford even the slightest mistake with your first touch. 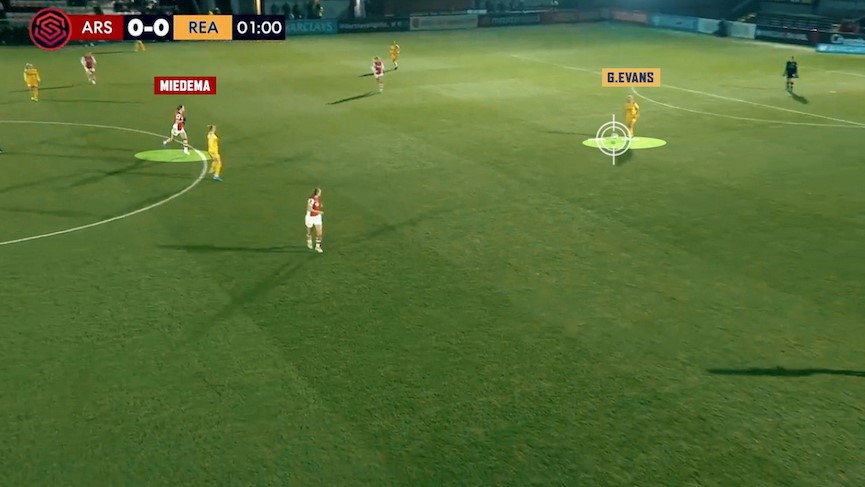 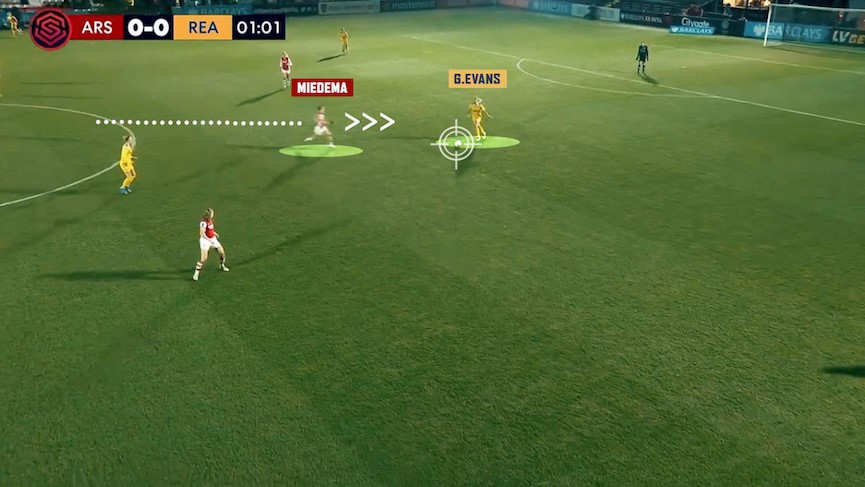 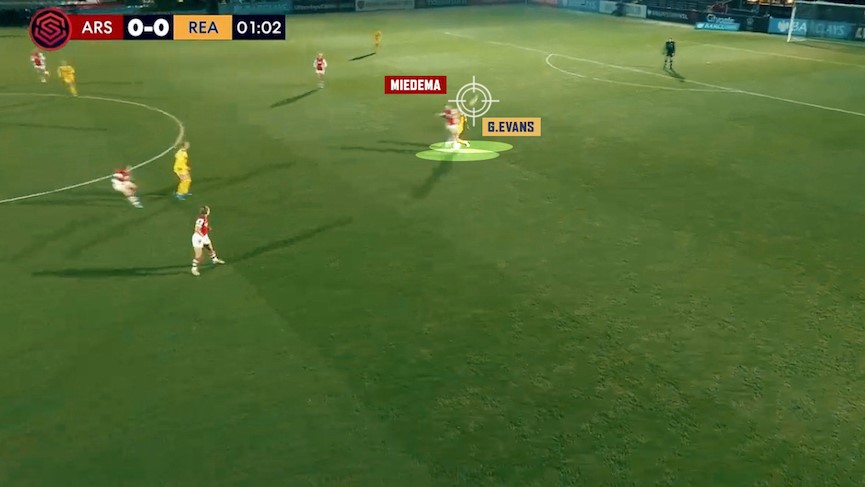 “This can make a player become very hesitant, makes you take a longer distance away from her, which takes her further away from the next teammate in the line and it keeps the opponent back.

“That is exactly what she can do and she did it very well against Reading. When she uses that maximum power she is amazing to watch both in offence and defence.”

Miedema has moved into a deeper role in recent weeks, in the number 10 role where she started her career with Swedish striker Stina Blackstenius playing ahead of her. Eidevall says there is a nice combination of qualities when the two both start.

“I think their qualities fit very well together when you have one player that likes the ball into feet and one player that runs in behind, that is usually a pretty good combination. They have some qualities that should be good but of course, after that, it is down to their game intelligence together that really makes it work.”

The Gunners face bottom of the table Birmingham at Meadow Park on Sunday though the Gunners would be “foolish” to underestimate their opponents given that the only points they have taken this season were in the reverse fixture in January.

That afternoon marked a nadir in terms of performance for Arsenal and Eidevall says it gives his team fair warning ahead of Sunday’s game.

“The good thing has been our reaction and how we have developed from it. If there was any good thing from that game it was that, the reaction.”

Previous articleArteta reveals Edu role in strengthening ties with Watford
Next articleMartinelli: I want to stay at Arsenal for the rest of my career

Vivstina, Lerafa. These new combinations together with the way Kimlia are performing in the engine room is so positive. Three more weeks of development and I think we could be giving Wolfsburg a seeing to.

Viv the 🐐
Reply to  Chrishgooner

King Lia is not quite right, but sounds great for a band.

Yes, I think when the Champion’s League quarter-final draw was made most people wrote off Arsenal’s chances, especially given Wolfsburg’s 4-0 victory over Chelsea, but I think the tie is a real toss – up now. I doubt there’ll be much in it and perhaps it’ll just come down to who can take their chances.