THE LOWDOWN
Arsenal play at home to Aston Villa on Thursday evening in the quarter-finals of the Conti Cup- subject to a 12noon pitch inspection on match day. The Gunners WSL match at Brighton on Sunday was called off a couple of hours before kick-off due to sub zero temperatures in the UK and the squad will be keen to avoid a fixture pile-up with an already packed schedule in the second half of the season.

Arsenal received a bye into the quarter-finals due to their participation in the Champions League group stage. They will come face-to-face with club legend Jordan Nobbs, who returns in Aston Villa colours having joined the Villains from Arsenal at the beginning of January. She joins a burgeoning Villa attack that also includes Kenza Dali, Rachel Daly and Kirsty Hanson.

Arsenal confirm there will be a pitch inspection at 12noon Thursday ahead of Thursday night’s Conti Cup game v Aston Villa at Meadow Park. Club investigated moving it to the Emirates but it wasn’t viable due to pitch maintenance.

The Gunners exited at this stage of the competition last season when they lost to Manchester United thanks to a late Alessia Russo header and while the Conti Cup is not the highest priority, Arsenal have not won a trophy since 2019 and cannot afford to look a gift horse in the mouth. They haven’t won this tournament since 2018 despite having won it a record five times.

Villa will be keen for a deep cup run after a couple of strong investing transfer windows. It is too early to talk of them breaking into the Champions League spots in the league but they will feel that a good cup run is within their grasp, particularly with the experience they boast in their line-up. They held Manchester City to a draw on Saturday at the Academy Stadium so they will be no pushovers.

TEAM NEWS
Gio is unavailable as she is cup-tied, having played for Everton in the group stages. There are no new injuries for the game according to Jonas Eidevall, so Beth Mead and Vivianne Miedema (both ACL) are the only players missing. Teyah Goldie, who ruptured her ACL in March, continues her recovery from that injury but is now in full training.

A WORD FROM THE BOSS
We have to look at the reality and say that Arsenal Women have a huge history that we are very proud of with lots of trophies. But over the last ten years, Arsenal Women haven’t won as many trophies as they had before that. So how do we solve that?

So the answer for us, is to be there again. And again and again. To be in those decisive games and repeat it over and over, because then you are going to win trophies. Maybe not every single time but you will win if you are there often enough and that’s what we need to do and that’s what we want to do in the Conti Cup.

LAST TIME OUT
When the teams met in the WSL in December at Villa Park, Arsenal were 4-1 winners. Villa took an early lead through Kirsty Hanson before a Rachel Corsie own goal got them back on level terms. Vivianne Miedema, Katie McCabe and Jordan Nobbs, scoring her final goal for the club, gave Arsenal a comfortable win. When the teams met at Meadow Park in May last year, Arsenal were 7-0 winners with Vivianne Miedema bagging a brace, another own goal from Rachel Corsie, Beth Mead, Lotte Wubben-Moy, Stina Blackstenius and a Nikita Parris penalty.

THE OPPOSITION
After staying up on the final day of the 2020-21 season and consolidating their place in the division last season, Villa have released the purse strings even further in an attempt to challenge at the top end of the table. Kenza Dali, Rachel Daly and Kirsty Hanson all joined last summer, overhauling Villa’s attack, with Anna Patten also joining on loan from Arsenal

In the summer of 2021, they also sprung for England goalkeeper Hannah Hampton and in January, they have added experienced England midfielders Jordan Nobbs and Lucy Staniforth. Going forward, they have a strong attack and they have tried to use it in the big games this season, taking on opponents with adventure.

They were picked off 5-0 by Manchester United and 4-1 by Arsenal as a result, however, they defeated Manchester City 4-3 on the opening day of the season and held them to a 1-1 draw on Saturday in Manchester. Expect them to commit to attack and give Arsenal something to think about in their own defensive third.

"We always want to compete against the top four… and we did that!" ☄️ @MazPacheco pic.twitter.com/Rqbe0nHLmZ 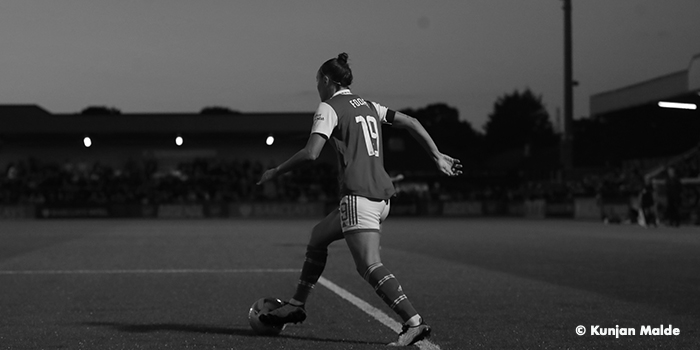 Villa were picked off by United and Arsenal in wide areas. They left Kirsty Hanson and Alisha Lehmann high up the pitch which left full-backs Maz Pacheco and Sarah Mayling exposed. When the teams met in December, Jonas Eidevall took the unusual step of starting Cailtin Foord on the right-wing- though Foord and McCabe swapped regularly throughout the game.

This was because Hanson, on Villa’s left, pushes so high that left-back Maz Pacheco can be isolated and Arsenal always look to isolate Foord against a full-back due to her prowess in one-on-one situations. Foord will again hold the key to the Arsenal attack, as well as McCabe or Hurtig, depending on who starts on the opposite flank. The wide areas are where Villa are most threatening (see their goal against Arsenal in December and their goal against City on Saturday).

However, that has a consequence in the other direction. Three of Arsenal’s four goals in December came from cut backs from wide areas, four of United’s five goals against Carla Ward’s side came from wide deliveries. Foord will be a crucial part of Eidevall’s attacking approach on Thursday evening. 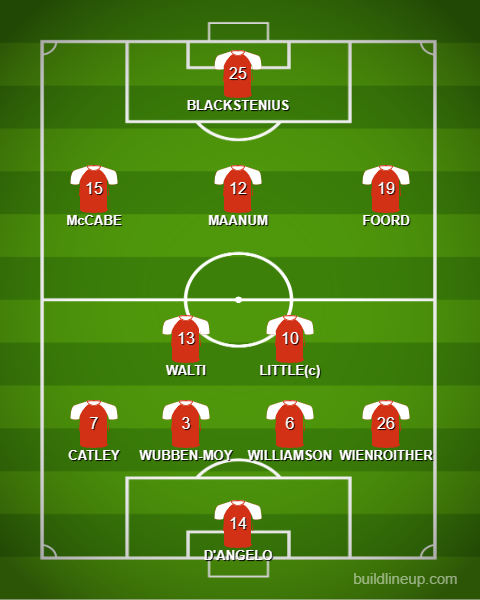 HOW TO CATCH THE GAME
The match kicks off at 7.45pm on Thursday evening at Meadow Park. The game will be shown live on the FA Player, which you can access by registering an account here, free of charge.

COMING UP
We will have Jonas Eidevall’s post-match reaction on the site on Thursday evening, as well as all the usual build-up to Sunday’s FA Cup tie against Leeds.

Previous articleArsenal need to act over Rekik’s Sparta Rotterdam loan
Next articleArteta, Saka and Ramsdale up for Premier League awards

Hope we put in a good performance so that a “prolific goalscorer” out there will maybe push to make a transfer happen to our club before window closes. Maybe they can help convince their club if it is resistant to selling

Yes but also any other option we are exploring.

Is Staniforth cup-tied? Can’t remember if she appeared in United’s stellar group-stage performances.

No Dan Turner or Anna Patten (obvs) either. Imagine having both your first-choice centre-backs unavailable.

Hope we really go for it in the cup. There has been too much just missing out. Win one trophy and the mentality changes, and other silverware follows.