THE LOWDOWN
Arsenal travel to Brighton & Hove Albion on Sunday evening in the WSL, following last weekend’s 1-1 draw against Chelsea at Emirates Stadium. It’s a fixture that has been good to the Gunners in the past, they have won at Brighton on each of the four occasions they have played the fixture since Brighton’s promotion to the WSL in 2018.

The Seagulls have been dragged into the relegation battle after last week’s 3-0 defeat to bottom of the table Leicester City and they have comfortably the worst defensive record in the division. However, under the charge of new boss Jens Scheuer they do remain something of a surprise package for Arsenal with Jonas Eidevall pointing out that they have played different formations in their two matches under the German so far.

The match also offers an opportunity to integrate new signings Katherine Kuhl and Victoria Pelova as well as Gio, who was recalled from loan at Everton this month. Eidevall didn’t feel any of those players had been with the team long enough to come into the Chelsea game last week but with another week of training behind them against a team that Arsenal will be looking to break down, there is scope for them to be involved from the bench.

Given Brighton’s defensive issues this season, Arsenal will be hopeful of amending some of their goal scoring issues. With Mead and Miedema out injured and Eidevall insistent that he still wants to bring a prolific goal scorer into the squad this month, Arsenal cannot take anything for granted- especially as Brighton really need points in light of last weekend’s defeat to Leicester.

TEAM NEWS
There are no new injuries for the game according to Jonas Eidevall, so Beth Mead and Vivianne Miedema (both ACL) are the only players missing. Teyah Goldie, who ruptured her ACL in March, continues her recovery from that injury but is now in full training. Mana Iwabuchi joined Spurs on loan this week.

A WORD FROM THE BOSS
“What you could see at Bayern (under Jens Scheuer) and what you can see with Brighton is that his team has very clear ideas on how they want to do things, both in open play and in setpieces. They are very committed to trying to achieve that idea together. But then, of course any coach will have to change those ideas depending on the squad he has to work with.

“He is new so even if he has tried two formations so far, I still think he learned a lot of things from the West Ham game (on Wednesday night) and of course he will try some of those things when he plays against us now. That is always the difficulty when you play against a new coach because they will progress quickly.

“So you can’t base your predictions only based on how they played at their last game, you have to see some kind of trajectory where the team is going in order to try and see where you think, what is a plausible guess for how they will play against you. But we know they will work very hard and we will need to be at our best to get a result.”

THE OPPOSITION
The Seagulls hired former Freiburg and Bayern Munich coach Jens Scheuer over Christmas following the departure of Hope Powell during the autumn. Scheuer wants to move Brighton to the high-pressing style more typically associated with his teams but, following last weekend’s damaging defeat to Leicester, he has conceded that he might have to shelve the instant transformation.

Brighton were always a deep block team under Hope Powell and Scheuer admitted post Leicester that his players are not athletically tuned to his demands as yet and he might have to wait for the February international break to fully adopt his new template. “We need to run more than the opponent”, he said tellingly.

Brighton have already conceded 32 goals in the WSL this season in just nine games, dangerously close to the 38 they conceded in all 22 league games last season. They are also struggling in front of goal and have yet to score from a setpiece so far in this campaign. However, they will regard themselves as an unknown quantity to Arsenal and can consider this game something of a free swing. 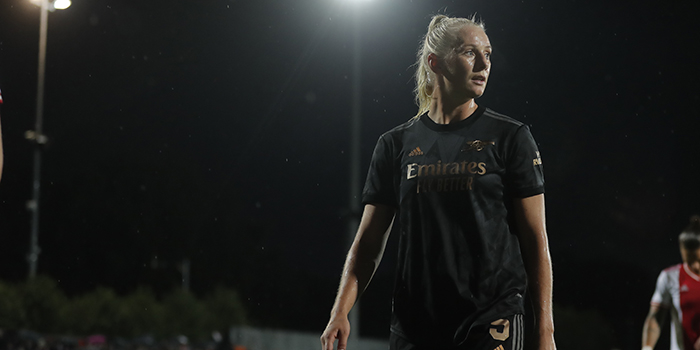 Stina Blackstenius has scored in both of her previous games against Brighton. The spotlight is on the Swede at the moment with frequent goal scorers like Vivianne Miedema and Beth Mead injured and Jordan Nobbs sold this month. Eidevall is insistent that he needs a “prolific goal scorer” and that phrase ought to motivate Blackstenius.

While she brings a lot to Arsenal’s all-round play, she only has four goals in nine starts so far during this campaign and I am sure the player herself will have wanted more than that by now. Whether Arsenal cede to Benfica’s demands on Cloe Lacasse or whether they pivot to other striker targets this month remains to be seen, but on Sunday, Blackstenius is the centre-forward.

Arsenal have boosted their creative game with the acquisitions of Pelova and Kuhl and the recall of Gio. The focus will be on the Swedish striker to back up her all-round contribution with more goals and Brighton is the team who have conceded more of those than any other team this season. This is a great opportunity for Blackstenius to get back into the goal scoring habit. 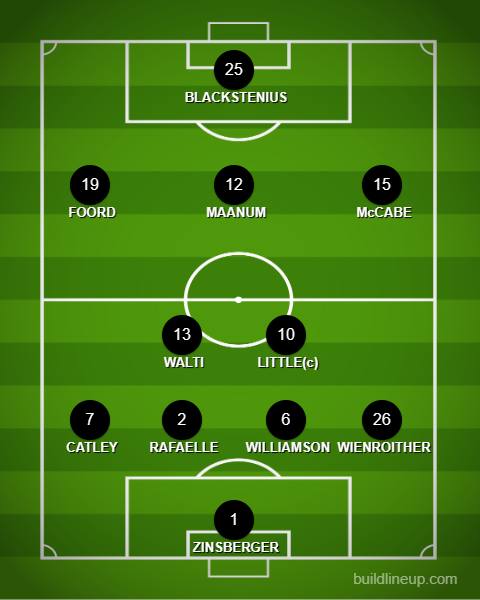 HOW TO CATCH THE GAME
The match kicks off at 6.45pm on Sunday at Crawley Town’s Broadfield Stadium. The game will be shown live on Sky Sports Football in the UK.

COMING UP
We will have match reaction from Jonas Eidevall on the site on Sunday evening, as well as the usual match analysis piece on Monday.

Previous articleBen Cottrell’s return a boost for Arsenal U21s
Next articleArteta: We’ve tried to build a team that has everything

Just reading the names on the substitute’s bench gives me cause for optimism.

Of course reading the names of the starting eleven makes me feel even better.

If we are still struggling at 60 mins put one of the young recruits on the wing and get Katie to step infield to centre forward. She has speed, bite and can finish! Her goal tally has really dropped off playing on the wrong wing rather than marauding runs from left back.

Spotlight on Stina indeed. While I appreciated the physical attributes of all our Scandi players last Sunday Stina, Frida and Lina *all* have to step up to the plate and score when they get a chance. Same goes for Caitlin. Does anyone know, is Lacasse the type who is lethal in front of goal? I assume that is why we are targeting her.