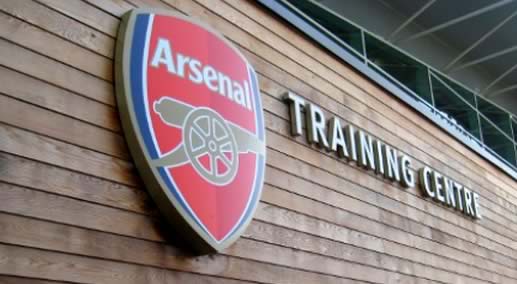 While we wait for the club to start spending in the transfer market this summer, significant investment is currently being made at London Colney, Arsenal’s training ground.

Already boasting facilities the envy of most clubs, further improvements are to be made over the coming months. These include resurfacing of one of the main first team training pitches along with the George Armstrong match pitch. The first team pitch will be a state of the art ‘Desso‘ pitch, similar to the one at the Emirates. Arsene Wenger is keen to replicate that surface completely for training purposes.

As well as that, a single-storey building is being constructed next to the indoor training centre primarily to accomodate equipment for long-term injury rehabilitation. The club have invested in state of the art technology designed to help players recover more quickly. For instance, there will be a machine which is much like a treadmill and which involves a pressured suit – thus reducing the user’s effective weight (http://www.alter-g.com/functional-rehabilitation)

It means that despite a player suffering, for example, a knee injury, they can run and train in a weightless environment, so they continue to exercise and have controlled movement in their joints and limbs. Nike have invested heavily in the company, AlterG, and this product in particular. The results have been hugely impressive in the United States and the club hope it will aid rehabilitation time significantly.

The medical and rehab equipment in the gym, hyrdopool and medical rooms in the main building will continue to be used for assessment and treatment of short-term injuries, knocks and sprains etc.

The equipment in the gym will see some high quality upgrades, particularly with training equipment designed to prevent strain related injuries. There is general recognition that while Arsene Wenger’s chosen style of play requires players with a high degree of athleticism, the players have been too susceptible to strain injuries, and the new exercise equipment is intended to reduce incidences of these.

A number of changing rooms and office spaces are being increased or reduced in size, amounting to a significant amount of rebuilding work in the main complex. Additional changing facilities are being created on the ground floor of the new building, and will be used by the academy coaches on match days at the training ground.

Arsenal fans will hope that this investment, along with improvements to the playing squad, will enable the club to go the distance in the 2011-12 season.

Third!!! What an achievement, all hail the messiah

This is great. Love the news site. More info is good. In regards to Nasri. Most top players are getting 100K + per week. If we think Nasri is elite, does it make sense to play hardball? Sign him longterm as well as Van Persie and get on with it. It seems the best move to insure we have a strong team next year.

Now lets go out there Mr. Wenger and fill the new training ground with some world beaters before the end of the summer!

Great site as always Mr. Arseblog and awesome piece of news there. The kind of news mainstream news sites don’t carry about Arsenal. Who in the right frame of mind will like to leave a club that invest in massive equipment for players well being. @Nanas08 you heard!

This is probably the most interesting news so far this off-season. Although it probably won’t excite a lot of fans the idea of our players potentially losing their brittleness is very positive.

Good news all round.

[…] Arseblog News exclusively reported back in June, the club have made significant investments at the training ground to aid player recuperation, […]