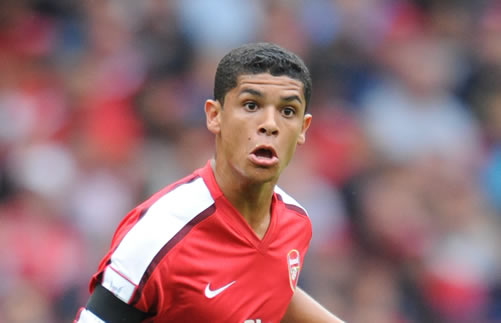 Brazilian midfielder Denilson has denied he wants to leave Arsenal because of lack of silverware or first team opportunity.

Last month he told The Sun of his wish to leave the club and hinted that due to his status as a ‘winner’ he would be looking for a move. However, in an interview with Brazilian newspaper Globo Esporte he revealed it was an overall unhappiness at the club that made his mind up for him.

He said, “I had two conversations with Wenger. I told him I was not feeling well at Arsenal, it was the time to go to another country, have another life.

“He agreed and told me it would be good for me but the reason is not because I´m not playing, nor because I have not won a title. I want to leave because I’m not happy there, i wanna go to another country and learn a new language, that’s gonna be good for me”.

Having fallen down the pecking order considerably with the emergence of Jack Wilshere and the return after injury of Aaron Ramsey the Brazilian’s final appearance of the season came on March 19th v West Brom. An Arsenal career that started very promisingly looks set to come to an end this summer and he seems willing to take a step backwards if necessary.

“It depends on the interest, we are waiting, but if its something good I’m leaving. At the moment my priority is to stay in Europe, but if an oportunity to play for a big Spanish, Italian or German club in the Champions League does not come, I intend to come back to Brazil for six months. At 23 I’m still young and there’s a lot that can happen.”

Arseblog News is aware of interest in the player from both Sevilla and Villarreal, both of them keen to add some sideways passing to their teams.