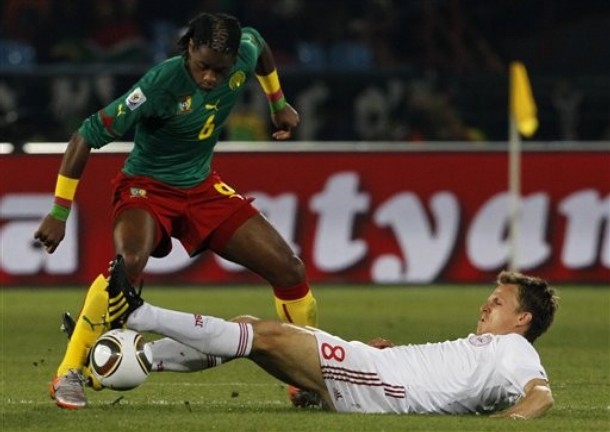 Alexandre Song is set to miss out on a return to international football after suffering a knee injury on the eve of Cameroon’s Africa Cup of Nations match with Senegal.

The 23-year-old midfielder has not featured for his homeland since last summer’s World Cup after falling out with the side’s management.

Having patched up his differences with the Indomitable Lions, Song is now looking to help his countrymen qualify for next January’s showpiece tournament which will be co-hosted by Gabon and Equatorial Guinea.

Song’s return to international duty looks set to pose a headache for Arsene Wenger with the enforcer likely to miss at least a month of the forthcoming season after Christmas.