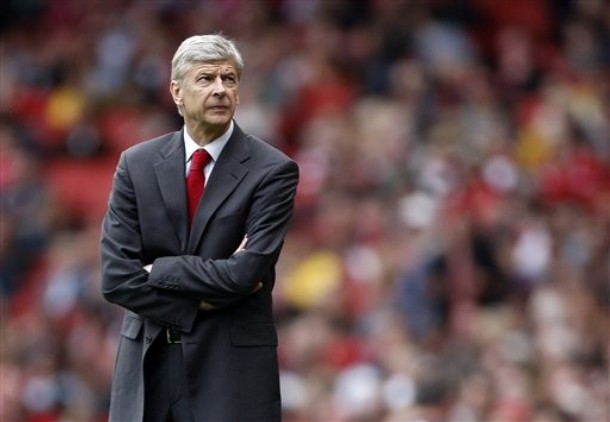 Arsenal have announced their first signing of the summer with the arrival of 19-year-old defender Carl Jenkinson from Charlton Athletic.

The 6’1” youngster played nine times for the Addicks last season, predominantly at right-back, and looks likely to provide cover for Bacary Sagna and Emmanuel Eboue ahead of the new season. Born in England, Jenkinson also qualifies to represent Finland and has already played for both nations at youth level.

Speaking to the Charlton official website after confirmation of his move to North London, Jenkinson stated:

“I will always be in Charlton’s debt for the training they have given me since a young age. I’m grateful to the club’s academy and all the coaching staff, so I’m delighted the two clubs have come to an agreement.

“I hope supporters will understand why I can’t turn down such an opportunity, but Charlton will always have a place in my heart.”

As well as the signing of Jenkinson, Arsene Wenger has also moved to secure the future of three of the club’s most promising Academy graduates. Benik Afobe, Chuks Aneke and Oguzhan Ozyakup have all been offered contract extensions with the trio expected to push for first team squad status in the coming twelve months.

News of the extensions comes just days after several reserve and youth team players were released having been deemed not up to Arsenal standard. Mark Randall, well known for Carling Cup cameos, Thomas Cruise and Roarie Deacon have all become free agents.

Cover for Sagna, not bad. Maybe Eboue will be free to leave now. Not the experienced signing we were all hoping for, but let’s see how it goes. Good start to the transfer window…

I think we need to replace sagna as he lacks creativity down the right. He hasn’t got the killer cross that is required. You cannot question his application but he predictable to opposition teams. Just my opinion.

Do not agree one bit sorry

Mmmn. Not sure that spells the end for Scope patron Eboue. The continuing approach of hoovering up young players is important for the club, but please let’s not get all het up about it showing we won’t spend on experience this summer. We will, but I don’t think we’ll do it at RB. If I had my way I’d sign up Genmaro Gattuso and Francesca Schiavone. Those two were born to diminutively snarl and boss a midfield together in chest beating itali-style.

I dont agree with Rudy. Sagna is the best right back in the league if not one of. He just lacks in the crossing department. Jenkinson sounds like a decent signing as well. Maybe its a sign for eboue to leave

If their is good young English talent out there then yes we should sign them. It’s just frustrating because I think every arsenal fan is waiting for a big signing and also the Cesc / Nasri situation sorted quickly! Also Sagna is the most consistent right back in the EPL.

Sagna has been one of our most consistent players the last few seasons. His main disadvantage is Walcott. Because of Theo’s positioning and pace out on the right wing Sagna can’t combine well. It’s yet another reason why Theo should be playing a more central role.

Agree with you on that one – that we would benefit much more from Walcott in a central role in most games. Looks a bit lost on the wing at times.

Know nothing of Jenkins, but good luck lad.

Nothing to say about it. Just checking out my awesome avatar.

Eboue to the door.

As for the signing when Arsene signs a player who wasn’t even a starter for Charlton two division below there must be something about him.Let’s wait and watch how he turns out.Also I don’t think this is the right time to sell Eboue unless we get another experienced RB.He’s 19 and zero PL experience.

Why let Eboue go? This is who we need to let go:

This is where the club is going, and I think we should put up, shut up, and be proud of it.

Because the lad is brainless. Even at 27 the boy does things a child wouldn’t. Our worst player/

Report: Lille and Arsenal to talk over Gervinho | Arseblog News – the one stop Arsenal news site

Report: Lille and Arsenal to talk over Gervinho | Arseblog News – the one stop Arsenal news site