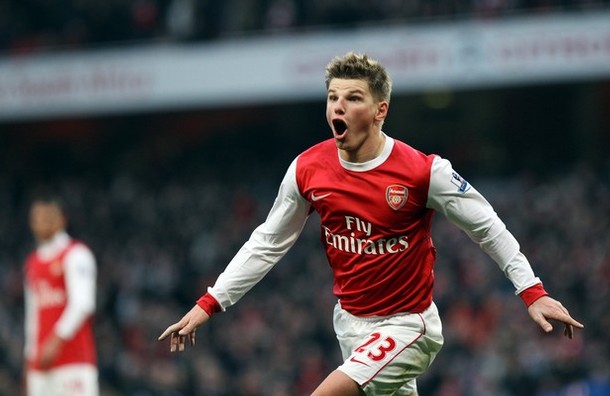 Russia boss Dick Advocaat believes that Andrey Arshavin’s form at international level has suffered due to a lack of regular first team opportunities at Arsenal.

Ignoring the fact that the diminutive midfielder made 36 starts and a further 16 appearances from the bench last term, a total unmatched by any other squad member at the Emirates, the Dutch tactician lamented to Russian publication Sport-Express:

“One of his problems is that he plays 20 minutes per game. Arsenal head coach Arsene Wenger uses him as a player who can be fielded in the second half and who can refresh the game.

“Andrey is showing willingness to give the team the best of what he has. I worked with him for over two years at Zenit and I know who he is. A brilliant player.”

Arshavin has been heavily criticised in his homeland for his poor form during his country’s failed attempt to qualify for last summer’s World Cup and for several laboured performances during the current qualification campaign for Euro 2012.

In March the 29-year-old, who is captain of his country, was targeted following an away display in Armenia by former Soviet international Sergei Andreev who suggested:

“Arshavin’s first half was just a catastrophe, I feel he doesn’t want to play football anymore.”

The criticism was backed up by another ex-international, Dmitri Kuznetsov, who complained, “They [Russia] have to play with only 10 men in the team. Arshavin’s performance on Saturday was a parody of football.”

Arsenal fans have also been largely underwhelmed by the Russian’s form over the course of the last 18 months despite the fact that his prowess in the final third has been regularly defended by Arsene Wenger who stressed that the former Zenit St Petersburg man demonstrated an efficiency which was backed up by his assists and goal record.

Aware of the pressures which continue to be heaped on his star man, Advocaat backed Arshavin to return to top form for both club and country while cautiously making clear that he would not receive special treatment if a challenger for his position did come to the fore.

“If you ask overseas, what players people know from Russia, you will find that everyone knows his name.

“But to emphasize one thing. I respect him as a player and person, but if we find someone better for his position – we will play this “someone”. We do not have a special relationship. Do not think that Arshavin will be play just because he is Arshavin.”

I really wish Owly would do better with us. I really though we had bought a great player with the weird Russian but so far he has only shown touches of brilliance. Most of the time he is looking very poor. Can’t really understand what is up with that…

I’m sure Wenger would give him a full game if he could run for more than 5 minutes.

Get off his back, this guy has more experience and talent than any squad player at Arsenal. His job is the hardest one, he is the main attacking playmaker in the final third. He can produce magic, goals, and unbelevable dribbling and passing in a split second.

I say Arsha for Captain, Cesc can bugger off to Cuntalonya.

omg!!! Can’t believe anyone could say that….what a load of shit. Cesc is already a legend for us.