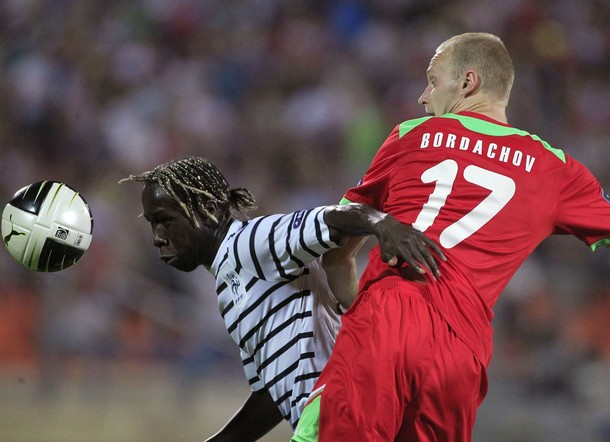 Arsenal defender Bacary Sagna has admitted that the Gunners face a fight to keep captain Cesc Fabregas and playmaker Samir Nasri. However he is hopeful that Nasri will stay at the Emirates however he does understand the Spaniard’s wish to leave.

Fabregas has been regularly courted by former club Barcelona while talks regarding the renewal of Nasri’s contract have hit a snag over the midfielder’s wage demands.

Sagna revealed his fear of losing Fabregas although he remains hopeful of Nasri staying with the club ahead of the next campaign.

“Compared to last year, yes it’s true there are chances of him leaving. Cesc needs to return to his country, to his home to rejoin his family.” Sagna was quoted in the Sun.

“He needs to play for one of the best teams in the world which is Barcelona. One can understand that. But for the moment he’s still our captain at Arsenal.”

On the subject of Nasri Sagna told Radio Monte Carlo: “Samir’s very important. My wish is to see him again when we return for pre-season. I appreciate him a lot.”

Nasri is awaiting the outcome of Cesc future.
If Cesc goes Nasri stays it as simple as that

With all the noice coming out of the Barca camp begging our player to sign for them, we don’t need one of our own coming out stating cesc wants to leave!! At the end of the day if Barca really want him that badly then they to put the money where there mouth is. 45 mill at least. Even if cesc says to Wenger he wants to go, that’s fine no prob cesc and thank you for your terrific services but am not selling you for less than 45 mill! You still have 4 years left on your contract.

What kit is Sagna wearing in that picture?

I agree with matty, it’s time for barca to put up or shut up. if they want cesc so badly why have they not offered big money for him yet

Calm down Ola, if Cesc wants to go nothing Sagna is reported to have said in an interview is going to affect his decision. I certainly don’t think it warrants abusive name calling towards one of our more consistent performers.

Hey Arsebloger, just wanted to point out that we don’t say Radio Monte Carlo anymore, just use RMC next time.
Else, keep on with the good work, I’m a french gunner fan and your blog is my daily taste of England, lots of support from France!