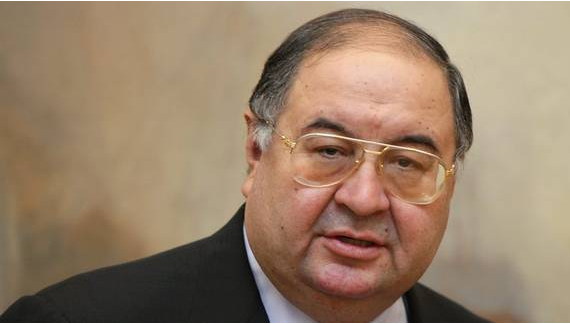 Russian oligarch Alisher Usmanov continues to snap up Arsenal shares despite Arsenal confirming that American Stan Kroenke has assumed control of the club after securing a 66.64% stake.

Ranked in March by Forbes magazine as the world’s 35th richest man, having accumulated a $17.7 billion fortune, the 57-year-old has made no bones about his desire to be more heavily involved with boardroom decisions at the Emirates.

It now appears that despite failing to persuade major Arsenal shareholders Danny Fiszman and Lady Nina Bracewell-Smith to sell their stakes to him – the pair instead opting to cash in at £11,750 a share with Kroenke in April – Usmanov has retained focus in buying from smaller investors at £14,000 a share with a view to upping his 28.5% holding.

If the steel magnate takes his stake beyond 30%, he will under Premier League rules have the same access to management accounts as any director despite not being an Arsenal board member. While this will not necessarily afford the Russian the control he so desperately wanted when he first invested in the club in 2007, it will allow him the chance to publically pick holes in financial decisions made by Kroenke and his Arsenal cohorts.

In an attempt to curry favour with dismayed Arsenal fans struggling to come to terms with a sixth successive trophyless season at the Emirates, Usmanov told the News of the World last week that he was astounded by the decision to up ticket prices at the Emirates.

“If the role of a board member is to oversee a trophyless period, while making significant personal profits and asking fans to pay inflation-busting ticket price increases then, no, I would not want to be on the board.

“If instead it is to try to deliver sustained success, to increase your personal investment in the club, to help develop the commercial position and to ensure the fans have a say in the running of the club then, yes, I think I certainly have something to contribute.

“In terms of doing things differently, let me give you a very clear example. Arsenal has all of its major commercial contracts coming up for renewal in the next couple of years.”

wouldn’t it have been better selling d club to Usmanov instead of conservative kroenke? We must win something this coming season.

I say just give him a place on the board, the ownership issues surrounding the club have been largely resolved and he’s no longer the threat he once was. Ultimately it’s the club that suffers by continuing to have this rebellious hostile element seeking to undermine the current board and contribute to the negativity present around AFC, may as well just get him on side instead of continuing this petty feud.

You never know he may have some good ideas, well at least they couldn’t be much worse than many of PHW’s!!

If I owned shares, I’d rather give them to Kroenke for free than sell them to this twisted United fan for an excessive amount.

Anyone else for a picture of Kroenke holding a thermal detonator in front of Jabba at the top of this story?

Shouldn;t we jsut show him accounts that say “Usmanov, Fuck Off you big Cunt” Ahter all he is a cunt and we all agree that he is.

Why he should see the financial side when he has no interest in the club and it’s full history.

[…] week speculation mounted that Usmanov wanted to the cross the 30% threshold to allow him access to company accounts. Although his stake would not allow him any control, nor veto any decisions made by owner Stan […]

sweet jesus i just read the first comment in this thread, No you silly sod, NO!
may you be thrashed by spud supporting ewoks for that comment.

[…] was reported a number of weeks ago that Usmanov was keen to reach this threshold so he could have access to company accounts. This is […]