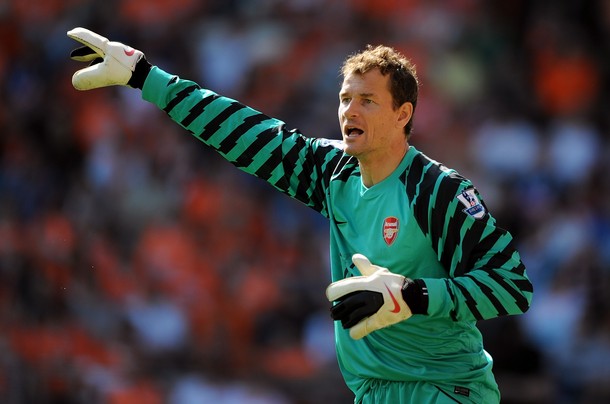 Jens Lehmann’s proposed return to the Bundesliga appears to be in tatters after Schalke coach Ralk Rangnick confirmed to German publication Bild that he would not be adding the 40-year-old to his squad.

Having retired from the game at the end of the 2009/10 season, Lehmann was lured back to professional duty in January when Arsene Wenger offered him a short term contract as emergency cover at the Emirates.

Featuring against Blackpool in the Premier League in April, despite suggestions he would be limited to a place on the Gunners bench, Lehmann seemingly proved himself capable of continuing with a career at the highest level and was subsequently tipped to provide cover in Gelsenkirchen after Schalke sold Manuel Neuer to Bayern Munich.

Nevertheless, after a four week impasse it now appears the Bundesliga have reneged on their initial contract offer claiming a deal for Lehmann is not financially viable.

“We will be working with Ralf Fahrmann, Mathias Schober and Lars Unnerstall in pre-season. Getting another goalkeeper would be unsustainable from a sporting and financial standpoint,” stated Rangnick.

The club will now make do with trio Ralf Ferryman , Mathias Schober and Lars Unnerstall as they prepare for the new season.

Whether or not this is the last of Mad Jens, he’ll always have a place in Arsenal lore.

sign him for one more season as extra cover

Would prefer it if we’d resign T. Adams. Hell if we still have sqaullici next season then even a drunk Adams with a broken leg and blindness would serve us better. Sign him up Wenger!