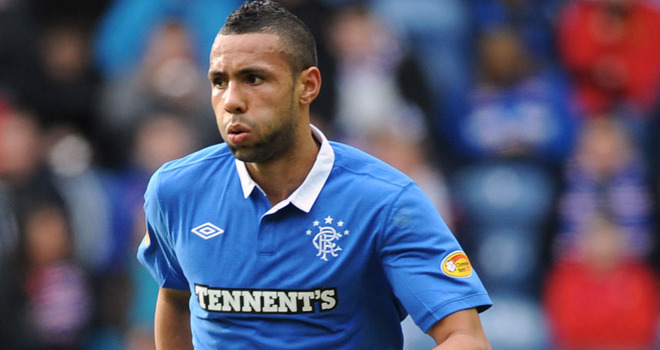 Kyle Bartley has sealed a season long loan deal with SPL champions Rangers just 24 hours after penning a new contract at the Emirates.

The 20-year-old centre-back spent the second half of last term with the Scottish giants and appears to have done enough to persuade new boss Ally McCoist to bid for his services for a second time.

While Bartley had hoped to seal a place in Arsene Wenger’s first team squad it can only be assumed that the Frenchman made clear to the Academy graduate that he should continue to garner first team minutes elsewhere before staking a claim to a place with the Gunners.

It is believed that the young Gunner will finalise the necessary paperwork ahead of Rangers friendly match with Chelsea on Saturday.

I wouldn’t have minded if sqaullici left and KB took his spot but it’s nothing major in my mind provided we do sign a quality CB.

I thought he was suppose to be the central defender Wenger promised? I guess the boss isn’t done Shopping yet. Hope abounds!

Shame Rangers couldn’t make the Champions Legue, that would have made Bartleys loan to them of even greater experience.
If we buy a centre back, Vermaelen will be moved to left back to help Gibbs I think, which is unfortunate.

good experience for the lad.

Good stuff. It makes the SPL a bit less pointless & chances are he’ll return having been involved winning something, which whatever happens down here has to be a good thing.

I’ll be here all week. Tip your waitress.

I think this is a good move & I’m sure we can call him back if need be.

He seemed to be playing and developing nicely up there.

Definitely a good move. Though it’s a weaker league the pressure and physical intensity to the SPL is way up there. I think a few of our lads could do with trips north of the border.

I’m keeping everything crossed this loan move means we have a centre back on the way. I can dream I guess