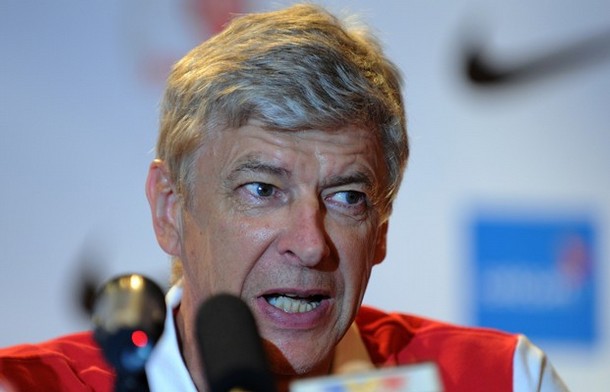 Arsene Wenger has spoken about his decision to sign five new players before the close of the transfer market and stressed his belief that the current Arsenal squad is more mature than that which started last season.

The Frenchman snapped up defensive duo Andre Santos and Per Mertesacker, midfield pair Mikel Arteta and Yossi Benayoun and striker Chu Young Park in a frantic 48 hour period as he looked to cover the loss of Cesc Fabregas, Samir Nasri, Gael Clichy and Nicklas Bendtner.

Speaking about his squad in his pre-match press conference, Wenger told assembled press:

“The squad is stronger. If you look at the squad now and imagine Wilshere and Diaby coming back, plus the players like Vermaelen who will come back soon and I think we have a more mature squad.

“I think Fabregas and Nasri were mature because they are 24, but we have now the players of the quality that we wanted who were available.

“The age was not a priority for me, if Arteta had been 24 and Benayoun 24 I would have taken them as well. It is a fact that they have more experience.”

Asked whether he would also have liked to have signed Gary Cahill, for whom a bid was lodged with Bolton Wanderers, Wenger admitted that the England international was a defender he admired but refused to compare him directly with Per Mertesacker.

“I don’t want to compare. Personally I like Cahill as a player. Both are good players, Mertesacker is a good player he has more experience, more international experience. Cahill is a young, promising English player. Both would have done well for us, we’d have accepted both.”

With Jack Wilshere injured it appears likely that both Mikel Arteta and Yossi Benayoun are challenging for places in the starting line-up against Swansea on Saturday, as such the coach confirmed he had high expectations of the pair’s ability to integrate quickly.

“I expect him [Arteta] to have an immediate impact and the same of Benayoun because they are players I rate highly for their technical qualities. For me they are mobile and technically gifted and that’s a game that we want to play so they should integrate well into the team.”

Wenger: “I don’t want to compare. Personally I like Cahill as a player. Both are good players, Mertesacker is a good player he has more experience, more international experience. Cahill is a young, promising English player. Both would have done well for us, we’d have accepted both”

It seems he wanted both players oh… Mr Bolton Chairman… you fool. £13m in August, or nothing, zero, nada in summer 2012. I am so looking forward to January 2012… Cahill may be an auction player, like a 18th century slave…. may the best club wins.
I am thinking Spurs….

Cahill will have us, Chelsea and Man City after him at least come Janurary and Summer, providing he keeps up his current form. He wont go to a small club like Spurs

why not?
sp*rs are bigger than bolton, what if they offer more money?

Problem is with City and Chelsea sniffing, we’re back in Mata territory on the wage front.

But agreed, Spuds? No chance.

City don’t need him really they got Boyata on loan and bought Savic, Chelsea who knows really it’s a bit too soon to speculate although it seems we may have been after 2 CB’s this summer.

I try to imagine diaby not coming back

Me too, he’ll never come good. shame really. As for cahill? I’m thinkin we’ve probably pissed him off with the way we handled our offer and throwing a hissy fit (cheers boss) over him. so chavs it is. Its gonna be a long old season.

I wouldn’t expect anything these days, meh, come on you gooners!!!

“immediate impact” eh? sounds like a crisp £5 note on little Mikel or little Yossi getting send off might be worthwhile…

[…] Arsene expects Arteta and Benayoun to impact us immediattely. I on the other hand, do not expect them to start performing in blazing form. Obviously these new players need some time to gel with the team. However, I would agree with anyone that we are a vastly improved side in contrast to the one that got their ass whooped 8-2 a fortnight ago. […]

Quote: The only Sam is NelsonSeptember 9, 2011 at 3:37 pm “immediate impact” eh? sounds like a crisp £5 note on little Mikel or little Yossi getting send off might be worthwhile…:

I’d put that fiver on ‘carried off on a stretcher’ to be honest.

it’s football time everyone, it’s as good as getting to jam out on some good old jethro tull, oh thats the life

is anyone else really glad that that complete prick gary cook has resigned? what a fucking joke he was, with his gay little grin, hopefully he gets hit by a bus, the cunt.
talking of cunts, $amir Na$ri springs to mind

Cooks gone? Stupid fuck showed he was a cunt of the highest order with that email, just like his (old) team. Oh how i laugh………….ha ha ha…….ho ho ho.

Cahill has to realize how successful Sol Campbell became when he joined up with the Gooners.

Cahill will be going to Chel$ki – Terry has been busy tapping him up on England duty. I could smell the nasty, musty aroma of his post match rutting seeping through my TV screen.

Signing these players will NOT make a great deal of difference to our predicament. The REAL problem is our deluded, past-it manager, Mr Wenger.
Until we get rid of him we will not solve our problems.