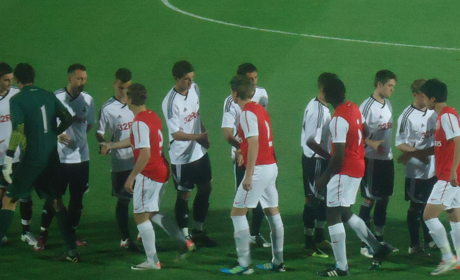 The Champions League is Europe’s premier club competition and is broadcast in over 100 countries worldwide, but would a youth version of it, on a much smaller scale, be able to generate any fervour and replicate its success?

That is what the founders of the NextGen series attempted to find out, with the inaugural competition for under-19 players taking place this season, with illustrious names such as Barcelona, Inter Milan and Ajax competing.

Arsenal were one of several sides who were tipped to be included, but decided to decline for this season to assess the merits or otherwise of the competition with a view to participating next campaign.

When scrutinised further, the competition provides both potential positives and negatives for the players that could compete in it and for the club as a whole.

One major draw of the competition is that even though not all of the fixtures may be played at the respective side’s first-team stadium, the opportunity to travel to different countries and play against sides with different styles would be of huge benefit to those who partake  in it and would help to ensure that the players get used to travelling as a team in what will serve as useful preparation should they eventually make the break-through at the club.

In addition, if Arsenal were to participate, and if the games were to be played at Emirates Stadium, then it would be of double benefit as the players involved would be provided with an incentive as the opportunity to play there on a regular basis starts to edge closer, whilst fans would also be able to see the promising youngsters in action (something which will also occur when Arsenal under-18s face their Chelsea counterparts in a friendly after the Stoke game a week on Sunday).

Participation would not have exclusively positive consequences, however. The competition is currently open to under-19 players, meaning that, although they would still compete in them, the club’s Reserve and Academy League campaigns would be somewhat undermined and the already lengthy injury list of youngsters would likely increase.

Given that Arsenal’s Reserve side is effectively, give or take a couple of players, an under-19 side anyway, their increased schedule of 22 matches would be extended even further, and, although the intensity of the Reserve League has increased in recent years now that the Gunners play teams from both the North and South regions, several sides have decided to pull out of second-string football altogether and focus on youth development instead.

For now, though, the club will see how this season’s tournament develops before deciding on whether to participate next time around.

we might stand a chance of fucking win it – what are we waiting for?!?

YES!! More Football and maybe we will be favourites to win THIS champions league

Our best young players already end up playing far too much and getting injured.

Anything that improves the quality of youth opposition would be a good idea.

Anything that improves the experience of the support staff would be a good idea.

Anything that takes my mind off annus mirabilis circa 2011 would be a good idea.

Can we have it now?

Ww play our youngsters in the 1st team so playing another tournament would be to much for our club. For most clubs it’s a great idea.

Sounds like a good idea, to give the youngsters a good competition to try and win. Should help them to understand what it takes to win something proper. They can not gain this from playing in the reserves, which seems to count for nothing and often seems to mollycoddle the players with fat wages whilst also demotivating them. Jay Emmanuel Thomas being a prime example. He was too good for the reserves but not good enough for the first team, as he seemed that he just couldn’t really be bothered to put in the effort. Hasn’t exactly set the Championship… Read more »

I think it would be beneficial to scrap the reserve league and let clubs have a second team, similar to how things operate in spain. Allow the players to experience competitve football and challenge for genuine trophies, rather than taking part in a meaningless reserve league.

Apologies for any discernible negativity but our best young players are in 1st team squad or on loan so idea that the players left behind could beat Barcelona’s starlets is nuts! Anyhow will we still be on the invitation list when we finish outside CL places!

It would be a great platform for some of Europe’s best young talents. Wenger must be licking his lips thinking of the poaching oppurtunities, if only we could steal more Barca youngsters and re-programme their DNA to an Arsenal DNA! It could bite us on the arse though with the opposite happening. Playing on a more high-profile scale could be quite mentally detrimental to players so young too, young players and inflated egos don’t match well, Nicklas Bendtner/David Bentley/Francis Jeffers.