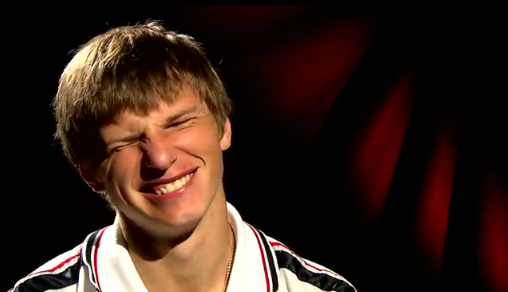 Andrei Arshavin believes that spending huge money on new players does not necessarily guarantee success, but admits both Chelsea and Manchester City have benefitted from the riches of their billionaire owners.

Despite watching several teammates quit the Emirates to take up lucrative deals elsewhere, the Russian thinks supporters should not write off other clubs who do not spend big in the transfer market.

“How much money has Mr Abramovich spent and still he has not won the Champions League.

“Of course money can help you, but there is no guarantee you will win. That’s why everybody loves football, not only money defines the result.”

In the last year of his contract at the Emirates, and already 30-years-old, the former Zenit St Petersburg man recognises that his time as a player is gradually drawing to a close. However, while many of his peers are eyeing coaching positions Arshavin has revealed he is not interested in such a high pressure role.

“Seriously I would not want to be [a manager]. Why? It’s very nervous, there’s so much pressure. Only five minutes after a win everybody will want you.

He’s a funny little man. You get the feeling he knows he’s too lazy for a managerial position.

That being said Arseblog News admires a man who knows his limits.

Recently Bergkamp said the same, though, so we can’t make conclusions about not wanting the pressure of a manager = lazy.

Think maybe he (Bergkamp) recognises that not being able to fly to away matches whether domestic or around Europe would slightly cramp his managerial style, always had Dennis penned in more as a coach type than a manager sort in anycase, imagine being coached as a young forward by him, absolute heaven. As for Comrade Arshavin, despite his inconsistancies and sometimes hair loss inducing efforts or lack thereof, I still can’t help but have a soft spot for him like many of you others. Hopefully he’ll turn his performances around in terms of consistancy, because we know he has the… Read more »

Arshavin needs to start doing something.

It’s one thing to be in bad form, almost every player does it, but his blatant disregard for the workload that he needs to put in on the pitch is both insulting and infuriating and shouldn’t go unpunished by Wenger.

Last night was the worst I’ve ever seen him play and the laziest I’ve ever witnessed when almost everyone else gave their all.

At the moment he looks far from a team player which is a polar opposite of his efforts for Russia.

I think the Arshavin ship has sailed. He’s been with us for two and a half years and his stall is more than set out. Love him or hate him, he is what he is.

God he makes me laugh. He’s a lazy little git but it’d be cruel to dislike him too much.

Apathetic. Thats the word to describe him.

He is just so funny and goofy looking, with his baby face and little bowl haircut.

I thought he did quite well last night, the front three didn’t get a huge amount of service and he was marshalling that left side well, when you think about Santos was playing behind him he had to be on his toes

You are off your fucking head.

I like him. Legend in the making. A very clever man.

I love Arshavin so much…

Andrey was pretty impressive on Saturday. But he knew he only had to stay on for 20 mins so didn’t go into “Eco” mode like he did last night, making sure he had enough petrol in the tank for the full 90 mins.

I’d rather we start looking at replacing him. The team has loss players of great ability during the summer, we have not replace them with the same ability.the one way to make up for this is in effort & hard work,I’m afraid andrey lacks in both these areas.

Mostly a waste of space on the pitch, but a great character off it. Our very own court jester.

A passenger in the side albeit one that’s mad and sits next to you on the bus.

Perhaps a stint at playing behind van Persie would let him shine. The lack of effort seems to be highlighted more as a winger.

I think he’s one of the good guys in football like Ronaldinho, who smiles whole heartedly in either mistakes and achievements. Great character. I wish we had him when he was younger though.