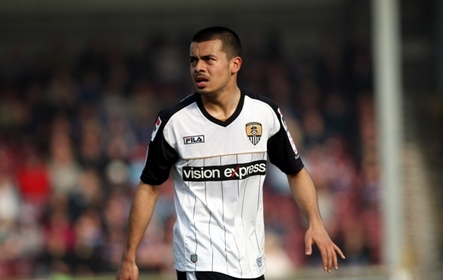 From the first class coaching on offer at Hale End, to the pristine training pitches at London Colney, Arsenal’s youngsters enjoy rather luxurious resources as they progress through the ranks at the club. A loan spell, particularly to a lower league side, comes as something of a shock to the system, then, for individuals who have been used to high-class facilities hitherto in their young careers.

Different coaches, different training grounds, different equipment, different supporters and, in many cases, a different style of football can prove somewhat bewildering for promising young Gunners at first, but, in the long run, temporary stints can prove to be of great benefit.

A glance around the first-team squad compounds the benefit of such spells. Wojciech Szczesny, Johan Djourou, Kieran Gibbs, Alex Song, Aaron Ramsey, Francis Coquelin, Emmanuel Frimpong and Jack Wilshere have all progressed as a result of game time elsewhere, and the current batch of loanees will be hoping to replicate the success of those players.

In the past week three promising Hale End-educated players have been sent on their travels, with Benik Afobe, Chuks Aneke and Nico Yennaris all finding temporary clubs prior to the closure of the loan transfer window last week. Afobe, who enjoyed a prosperous spell with Huddersfield Town last season, joined Reading, Aneke is settling in at Preston, whilst Yennaris will remain with Notts County until the end of the season.

The case of Afobe is particularly intriguing, with several prominent figures including Arsene Wenger and Robin van Persie having expressed faith in the striker’s abilities recently. Afobe featured for the first-team in pre-season and would surely have been handed his competitive debut had it not been for a debilitating injury that has kept him sidelined for much of the campaign. A good couple of months at Reading could well propel him into the picture for next season’s squad, with doubts persisting over Marouane Chamakh and Ju Young Park.

Aneke is also in his second loan spell, although the promising midfield player will be hoping to enjoy a more fruitful spell than his time at Stevenage, where he struggled to adapt to the League One side’s style of play. Now back in that division with Preston, he will look to build on a promising start having scored on his debut last weekend. Yennaris, meanwhile, is with Notts County, where he will hope to round off what has been an impressive season with some further good performances.

The trio will return to North London in the summer, hopeful of replicating that now well-trodden path from loan spells to the first-team, with the eye-opening experience that they will garner in the interim likely to do them the world of good.

What is a prosperous midfield player?

he must have just signed a new contract… 😉

I think the next step for these 3 players will be a loan to a premiership club especially in the case of Aneke and Yennaris. We have quite a midfield what with JW set to return next season, Rosicky finding his form and Diaby (eh?) Afobe though has a much better chance even if we do buy Podolski. I do think Park will be gone but doubtful if AW will let Chamakh leave unless its a really good offer. But Afobe can compete with Chamakh for the rotating striker role. Dont know much about Aneke but Yennaris could certainly benefit… Read more »

It’s true that impressing on loan sets up a player to get a chance.

Jack at Bolton was the ultimate. He broke into central midfield as a key player and held his spot through the end of the season, with the Bolton manager correctly predicting that the player would start for England.

Djourou was having trouble getting games at Birmingham.

The loanees have to tear it up while they’re there.

Song did well at Charlton. Wocheck was immense at his loaner club.

Sturridge and Welbeck have benefited immensely from loans too.

Just a suggestion, the division of the club where the player has been loaned and what their position and prospects are should be mentioned somewhere.

Also, all players should be loaned to Bolton. At the end of January.

Anyone have an idea why Campbell hasn’t played recently?

Last I heard/read he was injured … no recent updates though … but even before the injury he was only so-so …. We have not had many successes with South American young players, Denilson, Vela come to mind … hype was immense but failed to make it in England … Wellington looks like maybe going down the same road too … 🙁 … maybe this should prompt a re-think in scouting … I dont blame the players necessarily coz its difficult for them with the culture change at such a young age … they fit in Spain better coz of… Read more »

I thought Joel Campbell was Chilean …..

Joel Campbell is pretty damn good from what I’ve seen, he scores often for CR and is a starter now, for a country with some decent talent ie Bryan Ruiz. The few times i’ve seen him for lorient, he’s been a very effective sub but only 2 of his starts have been very impressive. I think a little more consistency and we’ve got our own little(actually bigger size wise) neymar clone

Good luck to the three of them. I’ve only seen Yenaris play and I like what I saw. I’ve heard nothing but great things about Afobe and Aneke so good times ahead for us hopefully.

As for the Streetfighter kid at Bolton he’s immensely talented. I watched him dismantle Blackburn and the things he can do with the ball are wonderful. I look forward to seeing him develop under Coyle who’s a great coach and then coming back to us next season.

I can’t wait until Arsenal scout an American…

bob's you uncle
Reply to  Brandon

we did.. Alexi Lalas,, but his beard was to long for a UK work permit…. such a shame, as he was really good at playing the guitar.

I wouldn’t have minded Dempsey if he had come last season …. now I think with Ox’s emergence it may be not worthwhile …. I always thought he would have done well for us … ohh well…

You are right though can’t wait for the first US National to play at Arsenal ….

Under the Crossbar
Reply to  Brandon

Arsenal did scout young Luis Gil as an academy prospect as a 16-year-old, and if memory serves, he was offered a contract, but the kid decided he wanted to develop more stateside. As a result, he’s stayed with Real Salt Lake, where he’s developing well. (Nice how that works out, isn’t it?)

Who was the last out and out centre forward to come through our youth system and play regular first team football?…..

Bentner? but he never played regularly

I would really have to say Van Persie. Cant think of anyone else to have come through and played regular football! Bendtner was always a second choice striker for Wenger in my opinion.

Van Persie is not an Arsenal academy graduate.

We’re really starting to churn out a lot of quality youngsters these last 2-3 years, I am loving it, arsenal d.n.a. Only advantage the cuntalans have over us is their “reserve” b team gets to compete in their leagues second division, getting week in week out games without needing to be loaned out…the rat bastards

We’re supposed to be part of the NextGen tournament next year, thats mini champs league for those who haven’t heard. Should be key to weed out top performers

Sorry but NextGen Series only allows players younger than 18, including 3 that are 1 year older.

the optimist in me says
Reply to  ilya

We’ve lots of players out on loan. BUT, can’t see many of them stepping up to the next level The reason is simple, IF, these players could not play regularly in the lower tier, I don not see them playing at a TOP TOP club like Arsenal. As for this year’s loanees, only Ryo has featured prominently. Chambell played for Lorient, but, not scoring regularly or having man of the match performances. As for the others, even Lansbury, will be sold.

Well done, you’ve completely missed the point of sending our youngsters out on loan. Most clubs will have a set of players they rely on for years and the loan signings are to add something different. Most loan players are 18/19 and so won’t have the confidence to play week in week out without making a mistake. Also, if a team has midfielder A playing well each week, the Arsenals midfielder B won’t automatically be picked. To actually say they should be playing week in week out and getting the MOTM awards every game is just bizarre, disrespectful of all… Read more »

i seriously think we should loan most of our promising youth players to bolton, the attitude, style and manager all seem to suit our youngsters and some have really gone on to become great players there, a tradition ryo looks keen to uphold and the best part is they get used to the physicality and speed of the premier league

Sending a few to Swansea wouldn’t be a bad thing either.

Van Persie, Podolski, Joel Campbell and Afobe. What a varied choice of strikers, and even if by some disaster they are all injured/suspended at once, I bet the Ox and Theo can play there. Hopefully we will have such versatile fire power next season.