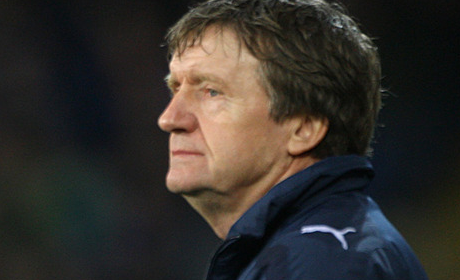 With the vast majority of Arsenal’s youngsters due back at London Colney a week on Monday, anticipation is beginning to grow ahead of the new campaigns at reserve and youth levels and this week there have been some interesting developments with regards to the club’s development set-up.

Chief among them is a report in The Independent this week that indicates that Terry Burton, a former coach at the club, is now the prime candidate to take charge of the second string following Neil Banfield’s promotion to the first-team coaching staff. Burton was briefly a Reserve coach with the Gunners during the 1980s and helped to bring the likes of Tony Adams through the system.

Prior to that, Burton was part of the Arsenal youth side that won the FA Youth Cup in 1971 but was not offered a professional contract at the club. During his 24 year coaching career he has taken in spells at Wimbledon and West Bromwich Albion, whilst assuming the role of assistant manager at Watford, Cardiff City and West Bromwich Albion. If selected, Burton, who impressed during the interview process with the club, would bring a hands-on approach to proceedings and is likely to be offered advice from Steve Gatting, another former player who is likely to step up from the under-16s to the under-18s in the wake of Steve Bould’s promotion.

As far as playing matters are concerned, the seemingly never-ending saga surrounding Alban Bunjaku finally reached a conclusion this week when it was confirmed that the talented midfield player has signed for Spanish side Sevilla. Bunjaku shone during his first season as a scholar, catching the eye with his sublime technical ability, but failed to break into the reserve side on a regular basis and, having let his frustrations be known to the club’s coaching staff, the relationship between him and Arsenal quickly soured.

The club still retained their offer of a professional contract but Bunjaku, who came through the Hale End system, opted to look elsewhere and, having also spent time on trial with West Ham United, will now link up with Sevilla’s B side in the Spanish second division next season.

Another player with Spanish connections was confirmed as having signed a professional contract today with Hector Bellerin, having enjoyed an impressive first season at the club following his move from Barcelona, joining Kris Olsson, Jordan Wynter, Samir Bihmoutine, Reice Charles-Cook and Philip Roberts in putting pen to paper on a new deal that will run until 2014.

The club also confirmed the 12 new scholars starting at London Colney next month, the identities of whom were known some time ago. The stand out figures among this group include England youth internationals Jack Jebb and Chuba Akpom.

thumbs up for bravery.

The Law
Reply to  ManBearPig

You can take that shite over to Le Groan.

And the answer to all my dreams?

Blue peter badge for you, sir.

the guy who some said would be the next Wilshere, Jack Jebb, will be 17 in september. As he is a midfielder, he will no doubt be fighting with Kris Olsson and Serge Gnabry to get a shot at 1st team football in the future.

A shame that all three of them are vying for the same positions. Usually that doesn’t end well and only 1 player gets through (if lucky).

Then we have to pray for the best to get lucky.isnt it?

Jebb will (almost) definitely play for the U-18s, Olsson will probably alternate between the reserves and the U18s and Gnabry might hover on the fringes of the first team, so I don’t see it being a problem next year.

from what I’ve seen(youtube clips and articles) Gnabry is a wide player ,Olsson and attacking mid . Jack Jebb ? well he is English which means he is a CM ie Box2Box

Gunner From Another Mother
Reply to  Red and white striped socks

Red and white striped socks
Reply to  Gunner From Another Mother

What’s the deal with Jon Toral.. Didn’t he & Hector Bellerin have similar age and potential?

this story just reminded me that steve bould will be on the bench this coming season. as much a s love pat rice, i grew up watching bould and the other lot play the best defence in the universe, and am so fucking happy at least one of them has wengers ear and trust, and has a chance to put all his experience back into the club.

looking forward to the future with this set up. . (with or with out van the man).

Should Terry prove a failure after one season, let’s hope it does not take a life time to show him the door.

I hope Arsenal monitors the performances of all coaches!

This year promises to be an exciting one for the youth and reserve team players with Arsenal’s inaugural participation in the NextGenSeries, Olympics and U19 Euros. A big thanks to George Bird for his insight in to this fascinating and under-reported realm of the football world, especially since the Young Guns Blog stopped being updated. It seems to me that Arsenal have worked hard on bringing in some of the best young prospects to the club, while keeping the numbers down and keeping quality high. My feeling is that this year will be the most successful since the class of… Read more »

Are we returning back to the days of the long ball???

Whisht
Reply to  The BearMan

We should be a broad church of balls.

A balloon cathedral, or something…

Obviously the effect remains to be seen, but I am rather hopeful and excited for the change.

I wonder if the modern day young footballer will look at some of the coaches like Steve Gatting and Terry Burton and ask themselves what have they achieved, neither made it as players with us, and both to me are associated with the lack of acheivement in the early 80’s. I’m not saying they aren’t good at their jobs but just wonder how they will regarded by ‘future stars’. Contrast this with Ajax who have a role call of club greats working with the youngsters.

It must be repeated many times before posters begin to realize that being a successful player doesn’t guarantee that you’ll be a successful manager,coach,referee or administrator. Wenger was a very mediocre professional at best, SAF was a bit better but most managers didn’t shine as players. there almost seems to be an inverse correlation between success as a player and as a manager,coach, etc.

Wenger never achieved as a player. mourinho and ferguson werent that great. del bosque hardly inspires from his playing days either.

But what the fucking hell is happening with RvP? Is he staying or going? How come everything has gone so quiet? If he does go then we will need to sign another striker.

Bollocks. He’s waiting for as long as possible before he gives the bad news.

Honestly, after last summer, I can’t get myself to give more than a fishs tit if he stays or goes. I hope he stays, if not, fuck him, I’ll move on and so will the arse.

I’m more interested to see if the board and wenger have the balls to tell theo to hit the road. Sorry lad, but you’ve not become what we thought you should. We have the ox, gervinho and poldolski who can all fill your spot. And quite frankly I’m offended by your ludicrous contract demands. Now fuck off!

I think rvp is torn btwn staying and leaving. He’s got his head in a tumble-leave the arse now and they become even better or fuck off to pastures new.
Whatever the decision. The arsenal can handle it.
Walcott though I really can’t bring myslef to give a fuck or two.

I’m happy 2 know dat there people in dis world who share ma views on certain issues…i Can’t really stop asking maself “wat d f wiv Robin”..He’s had a fantastic year, thanks 2 d coaching crew, song, walcott and a host of players whose only focus is 2 spot him out wiv brilliant passes!I Wish he lives cos i fear he’s going 2 flop next season cos,he seems passed his gud yrs which wz marred by injury..Wenger shld try and gt a massive transfer sum frm him! Did walcott play bera last season? Hell no!! U can as well leave… Read more »

Last seasons stats Van persie 48 appearances 37 goals from 132 attempts on goal giroud 43 apps 25 goals from 52 attempts on goals podolski 31 apps 18 goals from 41 attempts on goal whilst rvp was the most prolific look at the chances created for him and the failed attempts. people remember the one mistake by szcesney/koscielny that cost us the carling cup. i remember the 5 mistakes by rvp in failing to beat the keeper when scoring looked easier. having failed to win anything for his country and now arsenal for 7 seasons rvp is another player who… Read more »

Here is another interesting stat for you