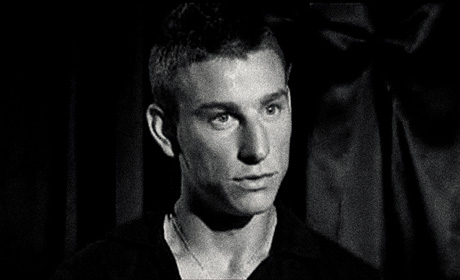 Philippe Mexes’ suspension for the quarter-finals of Euro 2012 has been described as a “blessing in disguise” by some people. Although Mexes and Adil Rami have formed an excellent partnership under Laurent Blanc, there has been a sloppiness to France’s defending that has been exemplified by Mexes, whose lapses and tendencies to lumber don’t exactly complement the hulking Rami.

On the back of a brilliant season and a half for the Arsenal, many commentators in France have been calling for Laurent Koscielny to be involved more in the defensive setup – he has just 3 caps. Legendary commentator Jean-Michel Larqué went so far as to say that of the 3 candidates (on current form), Koscielny was first on the “podium” and Mexes was 3rd.

Blanc has thus far understandably remained loyal to the XI that brought him so successfully through qualifying. Apart from the fact that Mexes and Rami have a great understanding, the tense and congested environment of an international tournament doesn’t really allow for too much experimentation or for new partnerships to be developed. Mexes’ suspension however opens up  a controversy-free door for Koscielny to step in and partner Rami at the heart of the France defence.

It’s probably just the thing that France need with Spain up next in the quarter-finals – most people haven’t forgotten LK6’s absolutely brilliant performances in the two legs against Barcelona from 2010/2011, and similar qualities will be needed in Donetsk against the reigning champions. Koscielny’s concentration, mobility, and doggedness will be vital.

His recovery pace will also be useful in covering for the brilliant Mathieu Debuchy – whose starting position and playing style are more akin to a right-winger. Whilst Debuchy is no slouch, and is constantly up and down the flank, France’s first-choice XI featured the unfortunate Bacary Sagna. Sagna’s positional discipline added more balance and solidity to the back 4, and didn’t allow for the frailties of Rami and Mexes to be exposed. Debuchy’s inclusion – whilst providing much excitement – has seen the defensive shape change quite drastically, and Les Bleus haven’t yet adjusted to that.

Hopefully Laurent can come in and stake his claim – as a late bloomer, he is probably desperate to make the most of his chances.

LK6 for sure.. Koz will be up against Barca less Messi. And he literally bossed them. And one more thing is he knows Cesc better than most. That should help them as well. Hope he gets a chance.

I fully expect Kos to keep Torres in his back pockets for the entire 90 mins. Image of Kos pushing off Torres with one arms and blasting a ball to his face comes to mind.

Tbh I haven’t been impressed by Rami, and we all know Mexes is useless. Koscielny is far better than both of them.

Not just Mexes, even Rami is useless and pretty slow too. Spain move the ball around pretty quickly and these French defenders dont stand a chance. Blanc should’ve taken that guy whatshisface who captains and plays CB for Montpeiller, and M.Sakho from PSG instead. IMO.

Yea Rami lacks concentration….. save my time on Mexes.

yanga m’biawa or something like that, it should have been him and koscielny, mexes is probably about as useless as squillaci

Agreed, I don’t care for either of them. My personal depth chart: Koscielny, Sakho, Yanga-Mbiwa, Varane. Inexperienced, but if we’re going to be weak in the back, we might as well give the future options the experience they need.

After last night’s game, I cant decide whose defending has been more shambolic – the Dutch or the French. Benching LK6 was a mistake IMO, as Mexes and Rami have looked pretty poor at the back in all 3 games.

Debuchy, as good a player as he is, got absolutely skinned by their right winger last night! Poor showing. Kozzer will need to be on his toes and I look forward to seeing him in the blue shirt.

Also, can someone tell me how Walcott or Ox performed last night, if they came on? I fell asleep after the bore-fest of a first half.

The cameraman also kept scaring the shit out of me by showing close-ups of Rooney’s face, so Rooney insults are also welcome.

Walcott didn’t get any good balls, and AOC came on last 10 minutes.
They had 1 good attack together, but the Ox didn’t get the ball to Walcott in time.

Heard on the wireless that UEFA are investigating claims Rooney used a performance enhancing rug in last night’s match.

my god if that’s true there’ll be hell toupe

Walcott was subbed on too late. The game up till 60 mins was made for Walcott and the Ox. Ukraine were playing a ridiculously high line and Milner didn’t have the pace to beat the high line. When Walcott was subbed on, Ukraine stopped playing a high line but he still made some good runs behind the defence. Welback did fuck all and Rooney was piss poor.

Rooney was too distracted by Ukrainian hookers by the stands to be interested in the game. In fact, after Rooney scored his goal he was seen running towards those hookers with his tongue hanging out, but luckily a donkey named John Terry pulled him back while shouting “NO SHREK, COME BACK YOU BLACK CUNT”

Walcott literally didn’t touch the ball the entire time he was on. Ox played for five minutes, had a nice break down the middle that didn’t amount to anything, but ultimately didn’t have the chance to really make a mark on the match that at that point England were in the process of choking out anyway.

Lk6 to score against Spain how’s that

THEREISBEARCUM
Reply to  why is my name required

I’ll put a cheeky two quid on it.

Why he didn’t start in the first place is a mystery to me. Mexes is past it and Rami is okay but Kos is better than both of them playing in a better league and performing to a higher standard. It just proves that at an international level managers are reluctant to take older experienced players out of the side for younger but better formed players. Experience is vital but Kos has played too well to be ignored. Kos is Boss.

kiss my arsenal
Reply to  Joe

just look at ireland. trappatoni kept faith with robbie ‘has been’ keane instead of giving mcclean, long etc a run out

AMURICAH
Reply to  kiss my arsenal

why trappatoni didn’t play long is beyond me, he always seems to find a way to score and he plays like a huge cunt, he probably would have at least managed to bother the defense of some of the teams in that group

Laurent: I love you.

mexes plays like hes been controlled by a 10yr old with a playstation. common blanc bout time you unleash the LK6

Is it wrong that I want Kos to be benched during the Spain game? That way France will lose and will be out of the competition, and we can finally get Giroud and Mvila to sign the contracts.

No i actually want him to play, can’t stand those 11 cunts playing boring and one sided football all the way to the finals.
I need france to get them out of the euros.

Then after the cunts are out, what you said can now happen.

Kos is the perfect cb i see in french team now.introduction of kos will cus defeat for spain.

Anyone see how m’Villa Played?

He was…solid. Unspectacular. The French team is weird. Most of their strength is on the wings, and even Benzema seems to drift to the right all the time, so there is very little incisive North – South passing. I don’t think watching him play for France is a good indication of his abilities, but it is a good indication of his hard working demeanor. The man seems to run his socks off all the time.

One guy who almost had an impact last night was Giroud who nearly scored a header as he came on.

Oops! I mean Benzema drifts to the left, not right.

Laurent is exactly what France need in defence, particularly when they come under the “Kosh”…

I really don’t know what Laurent Blanc sees in Adil Rami, let alone Philippe Mexes. They’re like two over-polite, asthmatic, Squillacis with blindfolds. Rami was appalling last night. Mexes, little better. So, Koscielny is going to be on a hiding-to-nothing against Spain. Against lesser opposition he might just be able to cover for Rami. But not against Cesc and co.. Saturday could well see a bloodbath. On the bright side LK6, and OG9 can then go on their hols, and we can start talking to M’vila in earnest. Maybe Laurent Blanc is the man to replace HR at Spffs after… Read more »

the only sam is nelson
Reply to  eleanor

I thought spuds were going for that nice young man in the suit who did some work experience at stamford bridge last year, what was his name?

AMURICAH
Reply to  the only sam is nelson

stripper
Reply to  the only sam is nelson

I would love it if AVB manages Spurs. Any manager that plays a high line defence against us is just asking for it.

iSayed
Reply to  the only sam is nelson