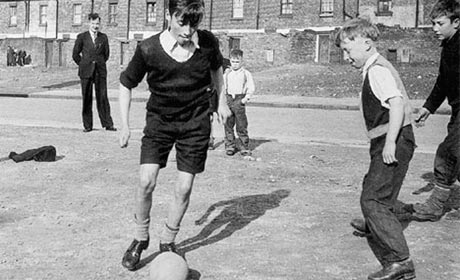 Groups have been confirmed for next season’s “Youth Champions League”. As reported back in April, after careful deliberation, Arsenal agreed to sign up to the NextGen series, which pits the youth teams of the top clubs in Europe against each other in a Champions League style tournament. Designed not only to showcase the best talent in Europe (NextGen is televised), it also will give youngsters a more professional experience, and introduce them to experience of match preparation against European teams, making long trips to away games, and coming up against a range of different playing styles and tactics.

The draw is as follows:

Arsenal’s group is a fairly tough one, with Athletic and Anderlecht both ranking amongst the best academies in their respective countries. And Marseille aren’t too shabby either. It should be a great test for the youngsters, and give coaches managers a chance to see different aspects of their game.

Last year’s 16-team edition was won by Inter Milan, who beat Ajax in the final. With the exception of FC Basel, all the other teams from last season have signed up again, and are joined by Arsenal, Athletic, Dortmund, Juventus, Chelsea, CSKA Moscow, PSG, Anderlecht and Olympiacos.

I’m really looking forward to watching this in the summer!

Brilliant initiative. From an Arsenal point of view, should give us a clearer picture of who’s ready for the big time.

Absolutely agreed. I’ll add that it presents a greater opportunity to show the team (outside the first XI) support.

Saying that… when is it again? And where can I watch it?

Olympiacos is in our group instead of anderlecht

And I think the overage players can be no older than 19.

D’aww I was hoping this would be a chance for me to get some game time an prove myself before I am sold.

we can play rvp, theo, and forehead and win every game by like 10 goals

Man City were in this last year and ended up with zero points if i remember correctly.

What they have youth team also? I thought they don’t need one.

Can’t wait to see our youngster.

heard there is a hater arnd. some spud fan has invaded our site. he goes by the name vick. arry sent him here I suppose.WATCH OUT he is such a keyboard warrior!

apparently spuds have no site dad , I googled that everywhere.

why is my name required
Reply to  GUNNERS2013 son

who cares about a cock on a ball you tell me.

well, where can we watch it then ? channel ? please.

Gunner2013 and his family are all here!, your idea of a vacation is posting shit on arseblog news. I’m new, yes but not a spud.
Spuds post shit in CAPITAL LETTERS thinking it will be appreciated more.

Interesting that the Glazerhawks aren’t involved in this competition, particularly given Demento’s previous commitment to yoof.

Anyone have any idea why they’re not into this? They’re can’t be an alternative out there that’s technically superior, so could it be that the purple-nosed one believes that his callow under 19s are better served being kicked by the reserves of Oldham and Blackburn in some combined North West league than they are in such illustrious company? Or does he worry they’ll all be tempted away by big money offers elsewhere?

Im really excited about this. Although, I can’t really agree that these are all the top clubs of Europe since Sp*rs are involved.

This will be a great chance for the Arsenal youngsters. Playing against some of the best youth teams in Europe will give them a great chance of having a taste on what its like at the big time. We can see which players are Arsenal quality and those that won’t make the grade so that they can be moved on without having to suffer a life time in the reserves.

Why the fuck are Spuds and Liverpool in this? They’re not elite clubs! I thought Villa were supposed to have a good youth team, and United. Why are they not in it?
Oh well, as long as we’re in it is all that matters I suppose. It would be good to see us beat Barcelona with all their players they couldn’t keep hold of. Cunts.

I know most of you will have read this, being familiar with the pink ‘un, but for the minority not subscribing to one of the journals of financial record, here is a fascinating insight into RvP, interviewed by a Dutch journo and free of all the usual bullshit and baggage that would come with a piece penned by a UK hack

fascinating as it is, it doesn’t fill me with optimism regarding the decision RvP has to make. still, fingers crossed, hey.

SpackTard
Reply to  the only sam is nelson

Doesn’t mince his words does he!

And his opinion on that balding, ugly, Benjamin Button cunt Robben was honest and fair.

CAGooner
Reply to  the only sam is nelson

Thanks for that source! A fascinating article.

Goontang
Reply to  the only sam is nelson

interesting read… but he talks as if he knows van persie too well.
constantly talking about the rvp craving the support of fabregas to have more opportunities, but correct me if im wrong, rvp never scored 30 goals in a season with gas in the team.

on another note wasnt their an AST meeting with Smithers the other day? how come there has been no news about this???

maybe i am reading into things too much as us gooners tend to do every summer. (are we ever gonna get a summer where all our players get all barry white on us like the verminator?) but arsenal.com todays home page is a picture advertising the 2012/13 home kit with the ox/wilshire/RVP/podolski/Szesz. clearly if they knew RVP was going elsewhere they wouldnt be advertising him at the forfront……. last year it was quite clear fabregas was leaving because he was not in any of the new seasons pictures from the last day of the season. oh well ill take this… Read more »

Anyone know where these fixtures will be played?

It seems that it has not been announced yet.

Would be great if they played at the Grove! But who knows.

Nothing but positives will come from this for Arsenal. More exposure & scouting of other clubs youth. Give our lads some concrete tournament experience and hopefully find out those that can’t hack it vs. those ready for a look from the senior squad (if any are). Shame we sold Ozyakup already as I think this type of setting would let him shine.

Anderlecht, Ajax and Barcelona will all have great teams. Where’s Everton? I thought they had a great youth system. LOL at Spuds, good luck against Barcelona and Anderlecht! Wolfsburg isn’t too shabby either.