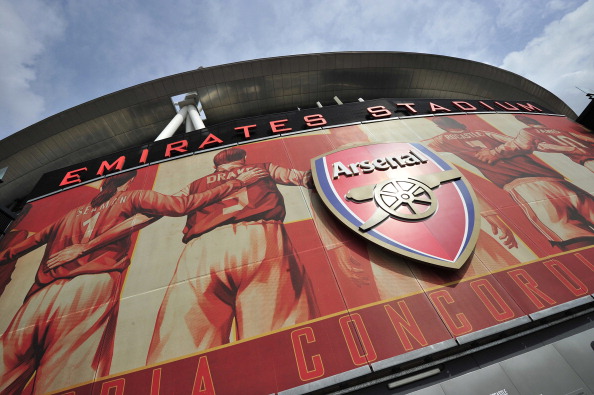 Arsenal have confirmed that Pat Holland and Kwame Ampadu have joined the coaching staff at the club’s Academy.

The appointment of the duo comes (relatively) swiftly on the heels of Steve Bould’s promotion from youth team duties to assistant manager and Neil Banford’s replacement by Terry Burton as coach of the Reserves.

Holland will be in charge of the under-18 side at Hale End, while Ampadu, who spent three years on the books at Highbury as a player between 1988-91, joins him as the Gunners’ new youth development coach.

In addition to congratulating the trio on their respective appointments, the statement on Arsenal.com reveals:

“Kwame and Steve’s new development roles represent a restructuring of the Arsenal academy in line with reforms laid out in the Premier League’s Elite Player Performance Plan (EPPP) – which allows for a greater number of contact hours with young players to help foster their football and academic learning.”

Arseblog News wishes Pat, Kwame and Steve all the best in unearthing the next generation of Jack Wilsheres…

van persie does not look good in vagina blood red

And while we’re at that:

gooner from bangladesh
Reply to  Vick

Don’t think the guy from x-factor is the right man to take over from arsen.

It’d be good to get in some defensive organisation from the youth levels.

If sahin isn’t announced by today I will fucking punch some random bitch in the face. W.T.H!.

No rocket science there, just do it already!.

No no, don’t punch some random. i’ll pay for you to come here and you can punch my phsyco boss.

Is she a bitch?, bitches only!

gooner from bangladesh
Reply to  Karl

way to go you absolute reprobate, but I think you’re supporting the wrong club; it’s Chelsea you’re after.

A Gooner
Reply to  Karl

Punch my wife. My life sucks because she doesn’t.

CAGooner
Reply to  A Gooner

I don’t know whether your wife sucks or not, but you sure do.

Hey blogs. Pay attention! Are you letting creeps like this make remarks like this, or do you think it’s funny?

“and Neil Banford’s replacement by Terry Burton as coach of the Reserves.”

Hate to be picky, but it’s Neil Banfield, not Banford.

It doesn’t get mentioned enough that our academy is one of the greatest in world football…maybe once we’ve finished spanking uefalona junior in the next gen series we will get more recognition!

Heard somewhere that Ljungberg’s coming as coach, as well.