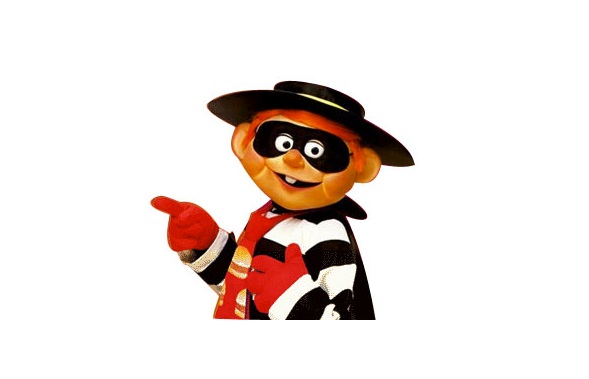 According to several reports in the German press, Johan Djourou has spurned the advances of Hannover 96 in favour of a year-long loan deal with HSV Hamburg.

Having impressed during a loan spell in the second half of last season, Hannover were very eager to retain the services of the Swiss international but appear to have stepped aside having seen their offer gazumped by their Bundesliga rivals.

Hannover’s Sporting Director, Dirk Dufner (who sounds like Diggler’s less potent sibling), had initially been confident of a deal but told Bild that despite an agreement with Arsenal the player’s head has been turned.

“He [Djourou] is leaning towards Hamburg. This is both annoying and bad for us.

“We can’t and won’t do economically irrational things. We pushed our limits [to sign him]. Hamburg are able to do things that we can’t.”

Local paper Hamburger Morgen Post claims that Hamburg, as was agreed with Hannover, will have the right to sign the 26-year-old next summer if the Swiss impresses over the course of the season.

While Ignasi Miquel has the potential to step-up, the chatter about Swansea’s Ashley Williams suggests Wenger is in the market for a new defensive signing even if he can’t persuade the Welsh side to sell.

Cheers to @RYO_Cleverfish for the heads up

I don’t know, this looks more like a classic Cheeseburgling case to me.

Gunner From Another Mother
Reply to  Jean-Christian

Mayor McCheese has Officer Big Mac on the case already.

According to my sauce.

This is the best picture ever…. brings back bad memories of terrible kids Maccy D birthday party’s. We all secretly liked Hamburglar the best, while Ronald just creeped the kids out.

Getting this into a football story is genius, thank you.

the Swiss doesn’t have many holes in his game. hope he works his buns off. mayo have a great career whatever you choose. I know you’ve been on the bench but I hope you can ketchup quickly. this does leave our cb situation in quite a pickle though. lettuce look for someone to meat the void he’s leaving.

Good luck to the guy, who seems like a very decent person. Would love it he spent a year on loan getting loads of game time and confidence and then pushing for starting place at arsenal the season after.

We need another centre back, definitely. Ideally, we’d get experience – either Ashley Williams, Micah Richards, or even Vincent Kompany, although that last one is massively unlikely. To be fair though, it’s unlikely we’ll splash the major cash on a CB, as they’ll be either 4th choice or as part of a squad rotation, so anyone we get will probably need to be happy to sit on the bench for half the time. Heard a few youngsters names being bandied about, but I thought Miquel played well in the games I’ve seen – maybe a promotion to fourth choice would… Read more »

Don’t know why you are getting down voted, very sensible points. Just 3 CB’s is not going to work, it never does, and it will be interesting to see who we get. But at the same time, anyone who comes in probably won’t break up the Per/Kos partnership because those two are on of the best cb pairings in the league, so that player must be prepared to enjoy the luxurious AFC benches. Probably best go either get a promising youth in or give Miquel his deserved chance.

I think he was downvoted for either saying Micah Richards would be a good signing or for thinking Vincent Kompany is for sale. Anyway, I agree that a youngster are a good option and the recent CBs we’ve been linked to all fit the bill. However, there’s no reason why a good ‘old’ CB on the cheap couldn’t do the trick. Among outfield players, CBs age the slowest and can play well into the 30s. I believe that the reason why Miquel isn’t being given the 4th choice spot in the team is because he is not “Per’ enough for… Read more »

Keeping him on our books another year? Makes me Grimace.

Better situation than most of our players. Bendtner would kill for this

What are yuo on about? don’t you know he has 5-6 clubs after him, he just has to choose now.

What is better? A choice of two real clubs, or a choice of 5-6 imaginary ones?

I suppose unlike a lorryload of booze, a hamburger won’t leave Johann with a Hannover

although who are we going to turn to for financial analysis next season? I hope the manager and Ivan are putting Higuian through a rigorous series of econometric modelling scenarios as well as classical theory examinations.

Need to think of something funny that marries Hamburg and Chips Keswick but my brain is in melt down. Little help?

Ho hum. Did anyone else read “Dirk Dufner” like you would “MATT DAMON”?

Hamburger and Keswicks, of course. Come on Merlin’s Panini, that was just toooo easy.

Hey blogs, I don’t come here for the lessons in jihad.

Neither do i, just thumb him down.

Tho its ironic, if he got is way (with his beliefs), he’d probably be murdered for using the internet…

S/He is an idiot that doesn’t understand the meaning of common courtesy, humanity and Islam. I am a Muslim myself and I ask you not to prejudge us, other religions and other people based on the actions of people like this. Also do not prejudge the actual religion on such people and what you see in the news because behind that there is always an agenda.

Oh and by the way the western notion of ‘jihad’ is totally misrepresented. It simply means to struggle in the righteous cause, be that of a student working on their studies, a doctor saving lives in the third world or things as such. It is not what is said on FOX new.

At least he didnt call you a genocide today! What are you today, bubonic plague, or a huge tsunami??

Please remember you can contact us via the email link at the top of the page if you see things like this. We can’t keep an eye on comments 24/7.

Dill or no dill?

Off-topic but how does Thiago play for Spain U-21 if he is 22 years old? Are they applying the Rosicky-coefficient to every player these days?

To be eligible to play in this year’s tournament (the Finals) a player had to have been born in or after 1990. That means that you could be 23. It’s probably to do with players being 21 or younger when Qualifying starts (i.e. a couple of years ago).

FIFA have always allowed a certain number of overage players in the U21s.

Although the English FA did use to take piss by fielding David Armstrong of Southampton regularly in the U21s in the ’80’s.

Google him if you don’t know who he is.

Just seen rumours of two clubs having bids accepted for Younes Belhanda. Montpellier have tweeted it.

Some sites seem to be pinning this on us and Sp*rs. I don’t know if we really need a player like him though. I thought he looked fairly decent against us in the Champions League but Remy Cabella looked better (reminded me of Marc Overmars a lot).

The age of players, I believe, is determined at the start of the qualifying campaign. If you qualify for the first match, then you can play through to the end of the tournament.

Djourou is Gunnar enjoy his Arsenal paid salary till his contract expires just like Ashavin, Squilacci Santos, Park, Bendtner, Girvinho, Diaby, and Denilson. Not their fault Arsene gave them such a long and expensive contract.

No blog today? I guess nothing about nothing = nothing

Off the point who thinks we should play vermaelen in a defensive midfield role if we’re not gonna sign one? Why we’re not signing wanayama I dont know, he’d be perfect and micah richards at right back thats all we need, fuck sagna off hes rubbish and loyalty is questionable, Jenkinsons not ready, higuian not needed