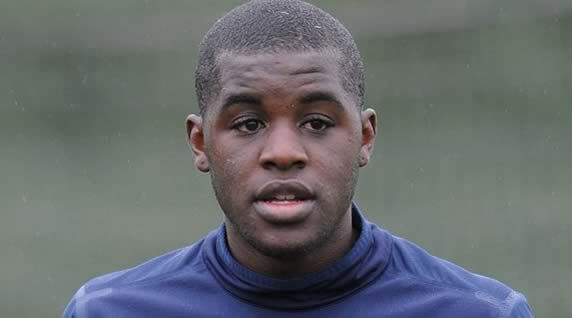 Despite stories linking him with a second season on loan at Real Betis, it now looks unlikely that Joel Campbell will go back to the club he made real progress at last year.

The Costa Rican became a firm favourite at the Seville club, featuring regularly and scoring twice in La Liga, but his development means Arsenal want a high fee for his services this season, something Betis can’t afford.

Betis manager, Pepe Mel, said, “Last year Campbell was the great unknown in European football, came from Lorient having not played very much.

“Arsenal were interested to get him out on loan and almost gave him to us, but now they have revalued and want us to pay a  large amount (900,000 euros). Betis can’t afford that.

“Under these conditions, Campbell will not come back to Betis.”

There are suggestions that he could go on loan to an English side, with Crystal Palace said to be interested, but with rumours linking Gervinho away from the club, there may be scope to incorporate him into the squad this season should he impress during pre-season.

I am a fan of Joe, i’d like to see him get some premier league experience next season, wether with us or another team.

Is it really that hard to type one more letter?

This isn’t a grammar class

It’s not grammar, it’s a guy’s name. It annoyed me a bit when Carzola seemed to play for Arsenal earlier in the season and Wiltshire as well. I felt like Cazorla and Wilshere weren’t getting the praise they deserved.

Borgi… it could be that he, I don’t know, accidently missed off the L.

Whatever happens, I would like to see him and Wellington play in England.

Don’t think Wellington is good enough for the Premier League, I’m afraid. Couldn’t muster a single start in the Spanish 2nd division, so it’s unlikely a Premier League club would want to take him

Have they managed to get his work permit sorted?

He can now get a work permit because Costa Rica have moved up to a high enough position in the FIFA rankings and he has played enough games for them to successfully obtain it.
Would love to see him play in England. If he’s good enough for us already then I would prefer to see him here. I’m also interested to see how Ryo does in preseason as I still think there’s a cracking player in him too.

Will he be involved in the Asia Tour? And how about his work permit? Is he allowed to play in England?

As mentioned by others, I didn’t think that he was eligible to work in the UK.

This boy is extremely talented. Far better than the new French kid Wenger just brought. 25 caps already for his country, scored a few as well one of which was a beauty past none other than Casillas. Play style similar to Suarez – can play across the forward line. Hard working too. Give him a chance next season, and if we manage to nab Higuain too we’ll be sorted upfront.

Far better than Sanogo? Not sure how you’ve come to that conclusion but I’m going to reserve my opinion on both of them until I see them run out for the Arsenal. I didn’t thumb you down because of that though, the comparison to Suarez leaves such a bad taste in the mouth I couldn’t resist.

sanogo is younger, score 3 goal in the world cup under 20 and score more than 1 goal a match for auxerre . ho yea he doesnt play the same position too as sanogo is more CF while campbell play left side

He looks like a young Forest Whitaker in that photo.

I hope the Ghost Dog gets some PL experience soon.

I think he looks like a little teddy bear.

that’s generally how the young whitaker looks, as well.

oh ok. I don’t know who that is. Is it worth me finding out?

Am an arsenal fan btWe are tired of wenger failure to splash cash yet they gave him and he is always selling players. We are tired

The secret is to get some sleep.

Who is ‘We’? I may want him to sign players but also know that it takes more than adding manager > real madrid > piss of Higuain > offer to Arsenal as part of a player exchange for Santos and £70m. My point is that transfers for big players are never simple, especially when you have to be careful with your money. Yes we have a reported £70m but it also means that once it’s spent, it’s gone. We don’t have another £70m just sitting there when we need to spend again. Real, Barcelona, City, Chelsea, PSG, Monaco and to… Read more »

The secret is actually to not read any of the crap you read in the papers or on t’internet. Deals are done behind closed by professional people who do not talk about them in public. You will not read a single fact until it comes directly from the horses mouth.

The only bit that pisses me off is the “Media Watch” page on Arsenal.com .. they just feed the bullshit!

We should all come together and sign a petition to stop putting that shite up. I know that’s probably one of the only things that gets hits during the summer, but surely we’re better than that. And one thing is for certain, I severely doubt Wenger would be happy if they put up a name who we were actually interested in. Anyone who reads media watch/newsnow/football365 should do themselves a favour a throw their laptop in the river. That’s what I did.

Proudly Ugandan and a gooner
Reply to  Aziz uganda

Oh my fellow Ugandan,learn to be patient

Fellian everton earns 75k aweek and how come wenger wants to give him 70k to 75k aweek thats why he isn’t getting good players and we are tired of young player coz we are after troophies not atraining school. Help and style up coz we are tired enough.

It’s almost like Everton’s squad is constantly threadbare and so they spend their wages on paying higher to some players while we have a far larger squad and so won’t pay players as much….

Arteta took a pay cut, just so he could play CL football at a bigger club. Seems one wanted to enhance his career while the other wants to enhance his bank balance

“but with rumours linking Gervinho away from the club, there may be scope to incorporate him into the squad this season should he impress during pre-season.”

He’s from Uganda. Bet his English is better than your Ugandan. ( by the way I don’t agree with his point)

hehehe… I see what you did there

never seen him play but any AW’s signing should be good!

if he gets a UK work permit, then send him out on loan in the PL like a special agent who will help take points off our rivals.

Frimpong, Campbell, Ryo, and even Bendtner.

Seems a warmongering Martian is more likely to get a work permit than this fella.

Seems outside of Real Madrid and Barca, most Spanish clubs really don’t have 2 euros to rub together these days.
No wonder we got Cazorla to come over on such a great deal.

Get the lad in our squad ASAP. He’s good enough and we’ve got a few gaps to fill. That way Arsene can manage his development better. The same goes for Miyaichi.

Would love to see him get a PL loan. So we can at least get to see him more regularly

I would like to see this kid in the squad. At least for preseason. See what he’s got and then if he is not ready or good enough make the loan move close to the start of the season. BTW if he’s not good enough than see him on and stop messing around.

I said his playing style was similar to Suarez’s. What’s your issue exactly??

Lets just sign someone. Titus Bramble if need be.