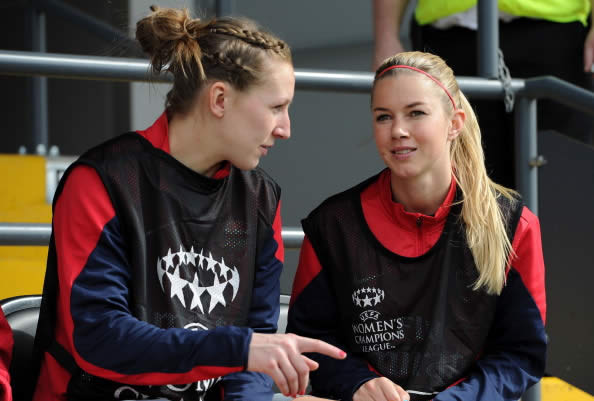 Arsenal Ladies begin a new season on Wednesday night at Notts County’s Meadow Lane and with it, a new era. For the first time since Fulham Ladies’ experimentation with professionalism ceased in 2003, the Gunners are not stand out favourites for the league title. Three years after the inception of the Women’s Superleague, the women’s game in England also steps into a new era with an expanded, two tier league, meaning relegation is a possibility for WSL clubs for the first time.

Arsenal’s first opponents, Notts County, are exemplars of this revolution, having subsumed Lincoln City Ladies. The Magpies, like most other clubs in the WSL, have been busy making eye catching acquisitions since the close season. Ex Arsenal striker Ellen White is amongst the many players to leave Arsenal and she joins other established international talent in the East Midlands such as Desiree Scott, Rachel Unitt and keeper Carly Telford.

For Shelley Kerr’s side, it is likely to be a season of transition, as the Scot admits herself, “There is probably less expectation on the club now that other clubs are bridging the gap,” she said.

“That is not just in terms of talent – it is in terms of finance and resource – so in that respect I think we have to be realistic as a club in terms of how the game has evolved and how other clubs are doing.

“I believe that all the teams, on their day, are capable of beating one another so it bodes well for an exciting season – and that is what you want.”

Kerr has often been compared to David Moyes due to her stern Glaswegian demeanour and her proclivity for discipline and organisation. Realistically, it’s going to take this Arsenal side a little while to gel but the most intriguing aspect of the league this year is that almost every team is in the same boat. Manchester City have joined the league and acquired top internationals such as Steph Houghton, Jill Scott, Toni Duggan and Karen Bardsley. Liverpool, last season’s champions, have continued to attract top talent, whilst Chelsea and Notts County have significantly boosted their rosters.

The worry for Arsenal is that they were comprehensively taken apart by Birmingham City in the Champions League recently and Birmingham’s squad has been depleted even more than Arsenal’s. The Gunners are still heavily reliant on ageing duo Kelly Smith and Rachel Yankey in the final third. Danielle Carter’s new contract and acquisition of the number 9 shirt suggests that significant faith will be placed in her as a central striker.

Yet last season, Arsenal tossed the title away with a series of frustrating draws which owed a lot to profligacy in front of goal. Arsenal will hopefully soon be cheered by the return of goalscoring midfielder Jordan Nobbs, who picked up a back injury during pre-season. However, it’s difficult to say the Gunners have improved upfront. That said, in the 2-0 F.A. Cup win over Gillingham, there were nascent signs of chemistry between Kinga, in the defensive midfield role, and Ohno, who steps into Kim Little’s (figuratively) not so little boots in the attacking midfield role. Ironically, the Japanese duo are one of the few conduits of familiarity in Arsenal’s team.

Arsenal can be more enthused about other areas of their squad however. Hoogendijk and Stoney are renowned, experienced defenders and in Alex Scott, Arsenal have one of the finest full backs in the modern era of women’s football. Siobhan Chamberlain is one of the league’s finest goalkeepers too. Kinga and Ohno were key members of Japan’s World Cup winning squad which tells you a lot about the quality they can offer. Arsenal have exciting players coming through to compliment younger talent such as Carter and Nobbs. Centre half Leah Williamson is a cultured, ball playing centre half with a bright future and Jade Bailey is a deep lying midfielder with a deft passing range.

It is quite unlikely that Arsenal will win the title this season and one probably shouldn’t even expect a challenge given the squads boasted by the likes of Liverpool and Manchester City. The exciting thing about the WSL1 this season is that it’s virtually impossible to predict where Arsenal, or most other sides for that matter, will finish. The Gunners lack experience in midfield too (there are six players listed as midfielders on Arsenal.com and they are all under 21), so players such as Hoogendijk and Kinga will probably move into midfield, or else Kelly Smith will move back into a deeper role to add experience. The chemistry is likely to take a little while to foment.

However, even if Arsenal’s prospects of sweeping the board are greatly diminished it promises to be an exciting league and every game has the potential to be a contest. Objectively speaking, that’s much healthier for the women’s game than Arsenal winning the treble every year, or at least threatening to. The addition of the second tier also breaks the monotony of the fixture list somewhat. For the last 3 seasons, the Continental Cup has simply served as a diluted rehash of the league, providing repeat fixtures on multiple occasions. The addition of WSL2 teams to that tournament introduces some diversity to the calendar. (Arsenal will play Watford, Millwall Lionesses and Reading in their Continental Cup group this season).

2014 represents the WSL’s brave new world and for Arsenal, that’s going to mean that ambitions will be more austere. But that ought to make games more exciting with quality spread across the league. Even if Arsenal endure a tricky start, it is likely that they will improve as the season progresses and the team knits together, which in itself, will be exciting and pleasing to watch. Every single game contains the prospect of top international players facing off against each other in a league that promises to be keenly contested. Three teams were in with a chance of winning the title with 3 games remaining last season. Only an administrative error and subsequent points deduction prevented Arsenal from contesting a three way title tug of war on the final day. Expect an even fiercer competition this time around, with relegation and promotion now added to the plotline. LD.

Thanks for the preview! Best of luck to the team, hope to take in a few matches this season. (Though I wish the ladies played at the Emirates more. It’s a bit of a mission to get up to Borehamwood)

My Name Is Difficult To Pronounce

Damn… Our ladies are damn faine 🙂

It’s interesting that although the ladies had by far the best defense last season and a mediocre scoring ratio, we strengthened our defense. Are we going to rely on Kelly Smith to score like she did in her twenties?

Right there are the equivalent of Bobby Pires and Giroud. Beautiful.