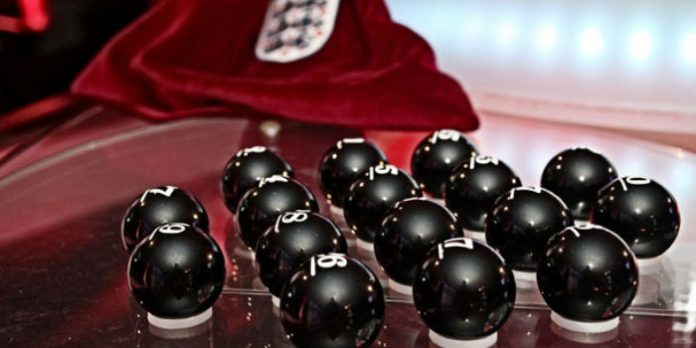 Arsenal will continue their defence of the FA Cup against Middlesbrough.

The Gunners have so far overcome Hull City and Brighton to reach the 5th Round and will be hoping to extend their unbeaten run in the competition when they host Aitor Karanka’s high-flying Championship outfit.

Boro, as has been well documented, beat Manchester City at the Etihad and certainly won’t be pushovers.

The game is set to be played over the middle weekend of February but we won’t get confirmation of the exact time until the TV selections have been made.

Those of you looking for a reason to excuse yourself from Valentine’s Day proceedings will no doubt be hoping for a game on Saturday 14th.

CoooooooYYYYG, we got one of the harder championship teams but still we can do it at home !

The best thing about it was two tough away draws for Liverpool and Utd!!! AND we’re at home to a championship team!! WHY ARE THINGS GOING SO WELL ITS MAKING ME FEEL WEIRD!?

If Yaya Sanogo gets the winner against liverpool I’ll run down my street naked….

you mean against bolton ?

Not fair. It’s not like they are up against Liverpool next round 🙁

I think you mean two tough away draws for Liverpool and Cambridge United, don’t you?

United have another easy draw. Yet again avoiding any team from the top 2 divisions.

The key is that we are at HOME where we typically have done very well in FA Cup and CL matches (of course we’ve had our stumbles). We obviously have to treat it like a league match after what they did to City at the Ethiad last weekend, but far better to be at home than going on the road.

Great draw! And, as always, the Arseblog News Hound was barking the news online already as the ball was pulled out of the hat!

How does Blogs get this up so fast!! Well done.

What sorcery is this? Arseblog News Hound – out with the news before it’s made.

Given the teams left, it was one of the hardest one but at home we can beat anyone.

We can beat anyone home or away!!!

Using that as an excuse on valentines day! If you wanted to be shot or that

The one time that living in America will help me with Arsenal watching. Get Arsenal in the morning, go out in the evening!

Nice a home fixture but damn, I got tricked into watching the one show.

You could try radio instead, no?

Might not be a walk in the park. But I think we’ll get through this one too

Wouldnt have fancied Boro away! Home draw will hopefully make the difference.

Shame that Man U(or Cambridge) got a relatively easy draw…

Arsepedant
Reply to  What trophy drought?

Man Ure with their customary easy draw. First Yeovil, then Cambridge, now Preston or Sheffield. Can’t see them having difficulty with any of those teams.

Tough one but navigable. Incidentally, I just watched a replay of their game with City. The main thing I noticed was City’s lack of pace going forward. Don’t think their defenders will be able to live with our pace.

Jovetic looks slower than fat Adriano right now, I don’t know what’s wrong with him. He didn’t used to be that slow.

We would’ve had to take City if they had won… But they didn’t!! lololol

We would gladly fuck em up the arse again!

Boro will be a difficult team to overcome. But we’re at home. The fans will get us through if things get sticky.

Also, there’s no way we’ll not take this seriously.

Lol it’s presidential election on February 14th in Nigeria. I ve a good excuse as it’s a “no-movement day”

Don’t eat any curry the day before then! 🙂

Last year we had to go through Liverpool and the Spuds to win it. Boro is highly doable. COOOOYYYYG

Arsenal comes before a made-up day.

Keep the focus, lads (not that us freaking out or staying calm would have any effect on the game, since it’s up to the players. I guess what I’m trying to say is…. as you were….).

now if only all the home teams were 2 win

This means, if the quarter finals also is at home or in london, then we wont have fixture outside of london till the 17th of March (Monaco Away).

Bradford City with a decent draw, home to a bad Championship side or a bad Premier League side, I’d love to see them reach Wembley again, shock that it would be. Wouldn’t mind meeting them in the final either. 🙂

That would be wonderful, we owe them one.

Good draw all round, I think. There will be at least two more top flight teams out before the quarterfinals, and I think our forwards will run rings around Middlesbrough’s defenders. Up the Arsenal! We will defend this Cup!

Good luck lads, you say your forwards will run rings round Boro, city thought that, we have the best defence in champ/ship, team fans everyone is relaxed, should be a goodone, john Boro fan

Good luck to you too, John, but I really think you’re going to need it. Our forwards and midfield are much better and faster than Citeh’s, and we beat them at the Etihad by the same score you did.

BTW, I like your post. Most of the time other teams’ supporters come on here they’re trolls, but yours was a classy and positive post. You’re welcome here any time. Look forward to seeing you in PL next year.

Correction, at least three more top flight teams won’t make the quarters. I missed that only one of Palace and Liverpoo and get there.

Effing get in there!

That’ll do for me.

The game in which Gabriel makes his home debut?

Let’s not be totally arrogant and head off to Dubai to play an exhibition match and pose for photos with sheiks in Lamborghinis two days before the game. Apparently it is not a good idea.

Gunnersaurus's Lover
Reply to  Why do you ask my name? It is beyond understanding

Seems like a thing a club from futher north with no history and respect for the FA Cup would do. How stupid are they?

assistantref
Reply to  Why do you ask my name? It is beyond understanding

Not to worry. If that were us instead of going to Dubai we’d go to Stoke-on-Trent because the hotels there have wickedly cheap weekday specials.

Poo, now will have to pay for champ league q/f ticket (lol)

Winnable tie.
Was always fun watching Boro back in the day…. Ravanelli & Juninho were brilliant but they also had that hilarious excuse for a Brazilian footballer Emerson who looked like the spawn of Song and Anderson (ManUre).

if Cambridge can’t do the job i’m sure S.UTD will be more up to it and smash them.

This is the absolutely perfect draw for us. Why? 1. We are at home. 2. We have drawn a team outside the Premier League. 3. We have avoided Liverpool, Man United and West Ham – all who could have caused us trouble. 4. After what happened at the Middleastlands, nobody will take Boro lightly. We will be up for it. 5. With so many Premier League clashes, there is a good chance that we’ll get an easy draw in the quarters. 6. Chelsea were not in the draw because they got knocked out at home by Bradford – 4-2. Ha,… Read more »

Unlike Citeh, I doubt we’ll pop off to the Middle East two days before the game.
But at the very least the lads deserve a trip to Centre Parcs.

Who is Tim Payton?

Why do you ask my name? It is beyond understanding
Reply to  Nicolae

The best thing about those Invincibles is that nobody beat them.

I am more than satisfied with the draw. I hope we can continue this winning run that started with the Hull game and has now stretched to four consecutive wins. If we can we should beat Middlesborough. But not too much tinkering please Arsene.

Winnable tie.
Was always fun watching Boro back in the day…. Ravanelli & Juninho were brilliant but they also had that hilarious excuse for a Brazilian footballer Emerson.

Could’ve been better but could’ve been a lot worse too. At least this means we’ll keep our focus and field a strong team. Home advantage (and the pitch especially) is not negligible so that’s cool.

Nice.
Considering the draw we had last year, Everton Liverpool Tottenham I think we were due a bit of luck sooner or later. This and the games against Monaco are very winnable! Cup runs are fun

Sky are saving that quadrupole story for yet another year hehe.

You did mean the invisibles didnt you 🙂

this has been the best fa cup weekend ever

1. city lost
2. chelski lost to Bradford (loooooool)
3. we get boro in the cup
4.in case u don’t know today was mourinho’s birthday. id love to know how he celebrated. or how he didn’t celebrate. lol
and united and pool got replays.

I hope Moronho’s cake had a shit in it.

I don’t like how you framed that sentence. It eliminates the possibility of multiple shits.
Moronho what a twatty mc cunt.

The way we are playing I’d have taken anyone at home.
Middlesborough ha!
Quarter finals here we come!
COYG!

Can anyone get any tickets to the finals in Wembley?

Not really. About 12,000 tickets go to “Wembley Club” members, something like 20,000 go to the FA and corporate sponsors, and the remaining 55,000 get split roughly equally between the two teams involved. I think Arsenal got around 28,000 tickets last year, and even being a platinum member didn’t guarantee you a seat at the final.

Expect media to portray the FA cup as over rated if we win it for the 12th time.

I said it before, some fools were going on about winning the league cup because any cup would be better than trophyless. League cup is inconsequential. and frankly should be amalgamated into the FA cup.

So, we’re not trophyless anymore, nor have we failed to beat a big team. They will find other ways to bring out the negatives.

No matter, Wembley here we come!

Just told the missus that the game may fall on valentines day, the face on her. Thought she was gonna Shawcross me from across the kitchen.

No doubt a good draw. An easy draw. Not being arrogant….but just very confident that we can do the job….with the right lineup….especially defensively.
Last year, cup GK was Fabianski & he did a good job. This year…if AW stick to Szczesny…I’m not so sure. He has to play his best team & overcoming Bpro would be a breeze.

Good draw but boro wont be easy. I thought thier keeper was amazing against city.
Coyg lets make it back to back cup wins

Unbeaten run in the competition?Surely everyone in the FA Cup is on an unbeaten run

Regarding chelscky demise: I think Maureen has beaten Wenger and won the title of specialist in failure lol. Bradford? At home? Who would’ve thought looòol

That too having gone 2 goals ahead….

First, Chelski lost the so called chance of going unbeaten in the league. Then lost the FA cup to make a quadruple. Today, he might loose the Carling cup replay. Then he’ll lose the ECL tie against PSG. Finally, City or someone else will pip them for the League title. That will be the ultimate failure for Moaninho.
What say gooners?

Let’s hope Liverpool beat Bolton because then they have to play Crystal Palace! Haha

NOW YOU GOTTA BELIEVE US….

The Special Needs One.