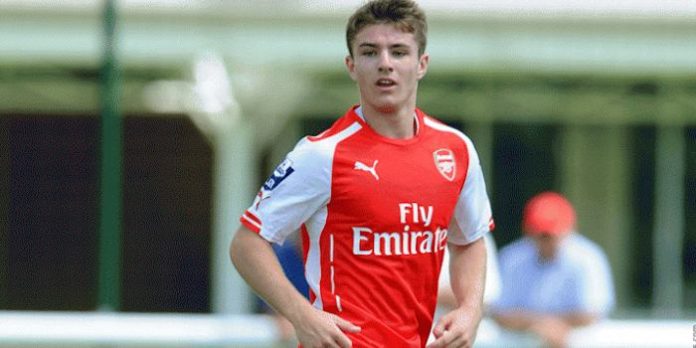 Ireland look like they might lose out to Roy Hodgson in the battle over Aston Villa’s Jack Grealish – a young man who looks like a Victorian era chimney sweep who been adopted by a well-to-do family, given a hot bath and clean pair of britches.

The 18 year old, currently on loan at Barnsley, has played for England U16s and U17s, and has also represented the Republic of Ireland at U17 level, and the former Leicester manager is laying the groundwork for him to do so at senior level too.

“I spoke to his father and we had a very civil conversation. He’s a very, very pleasant man,” he said, which is nice to hear. There should be more pleasant people in this world.

Our friends at Balls.ie report that he’s sent his assistant Roy Keane to scout him (and possibly have a ‘quiet word’ in his ear), but also that he won’t put any pressure on him to make a decision anytime soon, saying: “Of course you have meetings and all of that but you would want, as best as possible, for a player not to be forced into something that he might regret further on.

“You want the decision to come from the player, from his family, from his heart.”

Crowley qualifies for Ireland through his grandparents, who are from Waterford, as rules have been tightened in recent years.

Famously, Andy Townsend was eligible for Ireland for having once read a Samuel Beckett play [“There wasn’t no tactics in it I couldn’t not get to grips with”, he said], while Tony Cascarino wasn’t even Irish at all yet still played 88 times.

I believe Cascarino qualified by virtue of once having received a right hander in a Cricklewood pub…..

I thought it was the make-up you put on your eyelashes. Or is it a type of cherry?

Isn’t it ironic that Roy Keane is the one sniffing around.

The same Roy Keane who famously ranted at Mick McCarthy at not being Irish enough nor half of the Irish playing squad even once slating our own Vieira for representing Feance but not being French.

Hypocrisy knows no bounds I tell you.

DV
Reply to  Me So Hornsey

He’s a bollock-ache that never seems to fade

Helder sceltor
Reply to  Me So Hornsey

Roy Keane is a cunt. Don’t even mention that scumbag.

assistantref
Reply to  Me So Hornsey

If Roy Keane whispered in my ear I’d probably get the first plane out of the country and never return.

On behalf of Ireland can I just say sorry for making a story of an 18 year old with a handful of senior appearances but also f**k off, we need him.

(Also, by all accounts his family are steeped in the Irish community in the midlands with the lad himself playing GAA until recently. This is no Cascarino job but enjoy the b**ter by all means)

I guess good news for us if he chooses Ireland as he’ll always have good long summers with no international competitions.

Could be worse,we could have supposedly the best league in the world and fail miserably at every international tournament.

Young Crowley was a GAA player as well and had to be convinced to put down the hurl in favour of furthering his career in football, it’s probably from hurling that he gets his great understanding of space. His old coach reckons he’s Irish through and through so I’m confident he’ll choose us.

As an Irishman, this would be great if it happened. Gone are the days where England are much ahead of us – We’re both SHIT.

Yet if you make a composition eleven it has barely any irish players in it. Ireland have been to one of the last 6 tournaments, england have only missed one tournament since 94. currently england sit top of their group having won all their games whereas ireland are third with two tough games to play. England are shit but ireland are comfortably worse.

Love your description of Grealish the chimney sweep ? Yeah we Irish would happily take young Mr.Crowley. Black Sabbath once even wrote a song about him. ( google it if you don’t believe me)