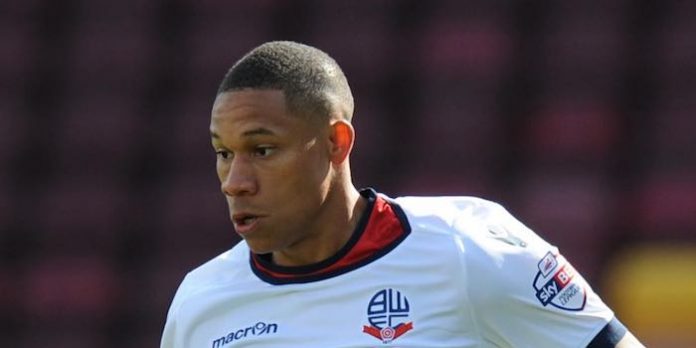 Bolton boss Neil Lennon has praised the talent of on-loan winger Wellington Silva, but rather worryingly referenced the Brazilian’s fitness.

The Trotters are in a financial mess right now, with doubts about the club’s future due to the debts accrued, and that may have an impact on the season long loan deals they’ve done.

Speaking ahead of their clash with Huddersfield, Lennon said, “Wellington had half an hour last Saturday and just the way the game was going on Monday, we didn’t want to upset the balance with having to defend a little bit.

“He will certainly come into the thinking again for the games coming up and he will be itching to play.

“He is a good type. I think he maybe needs to get a little bit fitter at times and work on that side of his game.

“But there is no question of his talent. Once he’s up and running, I am sure he will feature if he stays with us.”

Wellington has previous with his fitness, former Levante boss Luis Garcia was critical of him during his spell there, saying, “I want him to be more professional in his behaviour. Arsenal want us to work and help him and not only in terms of football.”

The soon to be 23 year old was over fond of pizza, but at Arseblog News we don’t see that as any reason to be critical. Pizza is goddam delicious, unless you end up with some twat that can’t make pizza.

I mean, how hard should it be? It’s dough, tomato sauce and cheese. It’s not complicated but there are those that still make a complete bollix of it.

Send them to space in a giant rotating mirror, we say.

I rang my local pizza place and asked if they did takeaway? They said they did so I asked them what is 9 – 6?

That joke would make sense if you used a hyphen instead of an en dash.

Is Lennon just referring to his fitness level since his injury?
Seeing as the ‘ half an hour last Saturday’ was his first game for some weeks.

Oh yea, this guy, he still exists, doesn’t he?

His strength and stamina in FIFA too sucks

gee
Click to flag and open «Comment Reporting» form. You can choose reporting category and send message to website administrator. Admins may or may not choose to remove the comment or block the author. And please don't worry, your report will be anonymous.

Eternal Titi Berg Pat Nostalgia
Click to flag and open «Comment Reporting» form. You can choose reporting category and send message to website administrator. Admins may or may not choose to remove the comment or block the author. And please don't worry, your report will be anonymous.

Wellington seems like another Julio Baptista. Today is a new year day and I wish Wellington a very successful career with Arsenal. A career that is full of silverware. Wish Baptista too, a club this January to finish his career in style.

David C
Click to flag and open «Comment Reporting» form. You can choose reporting category and send message to website administrator. Admins may or may not choose to remove the comment or block the author. And please don't worry, your report will be anonymous.

This guy’s been on loan for ages it seems. Looking at his age and competition in the squad (plus hopefully a purchase this January!), I can’t really see him getting much game time with the first team.

I don’t know if you’ve actually seen him play, but he is good. A bit like Alexis, on his day he makes things happen. The Q will be ‘is his day often enough?’ and I think we’ll only find out if we keep him in the squad for a year.

It means nothing. All it says he is not running around like headless the chicken like all the other English lads on the team.

Actually, he runs around quite a lot, but it tired him out quicker.
Sometimes people just aren’t genetically blessed to be capable of everything.