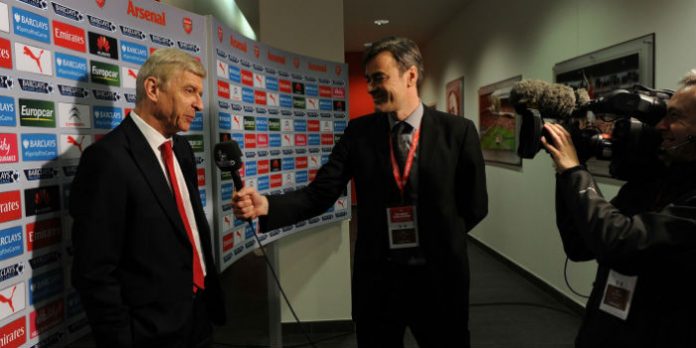 Arsene Wenger admits Arsenal were not at their best against Newcastle but is pleased his players dug deep to secure a third win out of four games over the Christmas period.

The Gunners survived a second half attacking onslaught from Steve McClaren’s side before stealing ahead in the 72nd minute thanks to Laurent Koscielny’s third goal of the season.

Speaking to the media after the game, the boss paid tribute to the visitors predicting they won’t be relegated this season.

“It was hard work but we prepared ourselves mentally to work hard and to earn the right to win the hard way. Our legs were heavy today, I must say. Overall we were tested against a team with a lot of technical quality and our fluency was not there and our movement was not there.

“Our motto was try to stick together and win the game how we can. The mental aspect of our team and our defence mentality was tested today rather than our quality going forward.

“We won, [but] we were not at our best today and we know that. We had to dig deep. We can dig deep when it is needed and on top of that we played against a good team. Newcastle is a good side.

“You lose this kind of game that Newcastle lost today because you are down there [in the relegation zone] and the confidence is maybe missing a little bit. But they will not stay down there.

He continued: “We were not at our best today but look over that Christmas period and we took nine points against Man City, Bournemouth and today Newcastle. Overall, we can look back and say we did 75% our job…because we lost the three points at Southampton.”

On an afternoon when they were very much under the cosh, the Gunners were thankful for a string of saves by Petr Cech with the visitors managing six shots on target and 15 efforts at goal in total.

“Yes, he [Petr Cech] helped us again today and in a very convincing way,” added Wenger.

“I hoped always we’d survive the next [Newcastle] chance and the last 20 minutes would be for us and that’s what happened.

“Overall, today was about solidarity and tired legs and taking a chance from a set piece. That’s what we did.”

We Arsenaled this but a welcome 3 points.

Phew. Look forward to the return of Alexis!

Champions win at all cost.I am personally proud of such performance. Teams will now realise we don’t have to do it as intended before picking 3 points.

The same players have played 4 Premier league matches and picked up 9 points. Yes the 3 wins were all at home but thats what we need to do, win home games and see what happens at the likes of Liverpool and Stoke.

We have to include Cech with Ozil and Alexis of the influential performers in our squad.

Defenders seemed to be politely moving out of Aguero and Toure’s way! Very soft goals.

Cech has quietly been our second best player all season behind Ozil. Saved our butt today more than once and is such a calm, assured presence back there. Has made some great one v one stops and deals with all the high stuff on shots and crosses with ease (where so many previous Arsenal keepers of late have struggled).

That photo is from Le Prof’s _pre-match_ meeting with the media.
Not important, I guess.

More interesting, can anyone remember the last time Le Prof wore a track-suit at pitch-side?

I noticed that too. Still hangover from New Years perhaps?

C ech is a awesome keeper.
But mostly a great proffesional.
Feels like he’s been at the club for years ,and will be the difference if we c a n take the title.

Giroud’s contribution for the goal was immense, jumping and competing for two consecutive headers from the corner, losing the first and winning the second.

Looking forward to chambers future getting better and better. Great to see him coming on yesterday. Done well. Think the back up to bellerin thing will be perfect