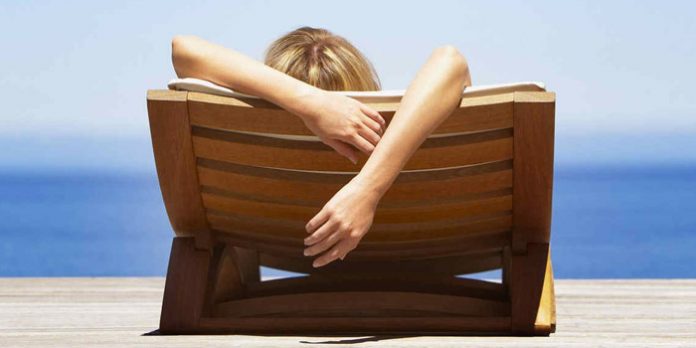 Speaking to the official site today, Alexis Sanchez revealed that he likes to play the piano to help take his mind of football and to relax.

“I’m not an expert pianist but it does help me relax, because the whole day revolves around football. I go home, then football,” he said.

“It allows me to disconnect from football and that’s really good for me.”

Alexis has also got his two dogs, Ren and Stimpy, to keep him on the up and up, but it got us thinking here at Arseblog News – how do some of the other players chill out when not playing football?

We delved into the depths of Google to find interviews and articles which might give us a clue. Here’s what we found.

The Welshman, like Alexis, also has a dog. A beagle named The Punisher, and he enjoys walks with him to get away from it all.

Speaking to Clwyynwwlllltygoglotwnth (the Welsh edition of Hello) in 2014, he said, “I like walking. It’s something I’ve been doing for some time now. Probably since I was around 2, come to think of it.

“Almost anyone can walk apart from people who have no legs or are paralysed or Francis Coquelin. He insists on being pulled around by his entourage while he sits on an office chair. Those chairs have wheels which makes it quite handy but it’s always quite funny to see them look perplexed when they reach some stairs.

“I would recommend walking to anyone who can do it. It’s healthy and you don’t need any special equipment unless you’re walking up a mountain but I guess that’s why at some point it stops being walking and becomes climbing.”

Ramsey is also a keen whittler, using his knife to make pipes out of tree branches for the local kids.

Talking to Biofuelsdigest.com in February 2016, the Frenchman revealed, “You may not know this, but I’m actually a footballer in my spare time.

“I’m not an expert but it helps me relax, because the whole day revolves around levulinic acid and pointing at things in the laboratory.

“I’ve a German pal on the same team and we often spend the evenings together. Sometimes we’ll head back to mine, I’ll put on a little Serge Gainsbourg and we’ll just stare into each other’s eyes from the La-Z-Boys in my living room.

“If he’s hungry, I’ll cook us a light dinner. And if there’s anything left over I’ll make us both a pack lunch for the next day.

“Usually I’ll tuck a little note inside the Tupperware to remind him how lovely he is.”

The cuddly looking Colombian has a dark side. On his days off, he prowls neighbourhoods for high-end motor vehicles which he steals, races through the streets, then brings them a series of garages owned by people connected with organised crime so they can be spray painted and sold.

It’s not unknown for him to even have the police after him, and in one incident last summer, he went on something of a rampage – killing 12 officers with a sub-machine gun, before taking a police car and driving it onto an army base.

From there he somehow managed to hijack an F15 fighter-jet which he flew over the city firing rockets at tall buildings before he got confused and pressed the stick the wrong way, sending the plane crashing to the ground. Luckily he had ejected and parachuted to safety.

Not long after his 2011 move to Arsenal, the then German international did an interview with renowned football magazine Die große Lüge.

Labelled the BFG by fans because of his height, he admitted he’d often tried to use that to his advantage.

“I know I’m taller than most people,” he said, “so I always try and do things they can’t. I don’t just mean reach things on higher shelves, something more, something more important.

“I remember Lukas Podolski told me one day ‘Do you know, I got to the age of 27 before I urinated on a ladybird?!’, and it got me thinking about nature. Now, at weekends, I like to hike to the top of large hills and fulfil my ambition of taking a bite out of a cloud.

“You don’t hear of that kind of thing happening much. I love my BFG nickname, but if I could also be known as CLOUD MUNCHER, that would be great.”

We don’t know if he’s managed it yet, but Podolski has now covered 14 of the brightly coloured insects with his own wee.

“I’ve a fascination with Dick pics”, the striker told L’Equipe in 2015. “Yes it’s true. I’ve been an avid collector for years and years.

“I think it began when my parents revealed they nearly named me Richard. Since then whenever I see a pic of a famous Dick I have to have it.

“I’ve a picture of Dicky Attenborough above my mantelpiece, a watercolour of Dick Cheney in the downstairs toilette and a lovely Dick Van Dyke in the bedroom. My wife likes it when I do his English accent before we make the love.

“In my wallet, I carry a passport photo of Dick Law which I printed off the Arsenal website.

“I even have Dick pics of my own creation. Just last week I had Dick Advocaat pose for me. It’s a lovely shot.”

Alexis has his piano; Petr Cech plays the drums; Tomas Rosicky is a keen guitarist; and Jenks could form the fourth part of that musical trio with his favourite instrument.

“As people know I grew up in a musical household,” he said. “My dad was the backing singer for Bonnie Tyler on Total Eclipse of the Heart and I guess you could say he inspired me.

“I remember asking him could we go to the music shop. He was really busy, and kept putting me off. I was so persistent. ‘Wouldn’t you like to go to Mount Splashmore instead?’, he said but I wouldn’t be dissuaded.

“The day we went to get it …  it was like the best day of my life apart from that goal I scored for Arsenal after Theo nicked that off me against Reading. I got lessons and everything, I was so dedicated, and to be honest I think I was a bit of a natural.

“My tutor said they’d never seen anyone take to the triangle that quickly.”

Flamini’s stuff is the tops!

Why is there a photo of Hleb?

If only Ryo Miyaichi was still here. I’d love to know how many cones he has now…

This is a lot more fun than news!
The triangle is a tricky instrument. Needs a lot of practise to keep it from spinning around, and if it starts spinning around, that makes it a huge challenge to ding at the right time. Kind of a nightmare really

As a long time reader you just know it’s a pisstake before you open the article.

Dont often comment but have to say bravo on the flamini one, it got me good.

‘You may not know this, but I’m actually a footballer in my spare time.’

Almost spat my coffee out hahaha.

Heh, considering what Max Kruse was just booted from the German NT for (I guess Google results for that one might be NSFW at this point), the Giroud section made me cackle a bit.

what about jack? well apart from the good ol’ poolside smoke

Meanwhile Theo Walcott walks onto the pitch to get his mind off of football.

He likes to relax by not tracking back.

Carl Jenkinson used to play the Triangle in a reggae band but it had to quit, it was just one ting after another.

Nothing can beat what Koscielny does to relax……. Watch Countdown!

So i was like ‘oh yeah i’ve wondered what they like to do in spare time, lets read’ ….. Then i was like ‘hmmm the punisher, bit weird for a dog’…. Then came ‘Clwyynwwlllltygoglotwnth (the Welsh edition of Hello)’ *lightswitch*… Ahaha damnnn this blogs man. I love it!

I imagine Jenks is one of the Arsenal players who might read Arseblog; I wonder how he’d take this. Good banter, I guess?

Surely, Mesut ozil must be a puppeteer. He does know how to pull the strings. Apparently his boss’s favourite puppet Walcott has some loose strings and needs replacement.

The Ren and Stimpy one caught me off guard. Had to LOL.

The Ospina one cracked me up ??

The Flamini and Oz stuff is creepy and silly for goodness sake!!! It used to be funny but now it’s creepy and very gay!!

I think somewhere down the line you and a point may have passed one another on the road, and are now doomed to be forever separated.

doesn’t francis coquelin spends 90% of his spare time sliding across his living room and in the process knocking off the lamp stand, inanimate carbon rod and a pair of flower vases before emitting a snarl capable of lighting up the whole of east Europe?