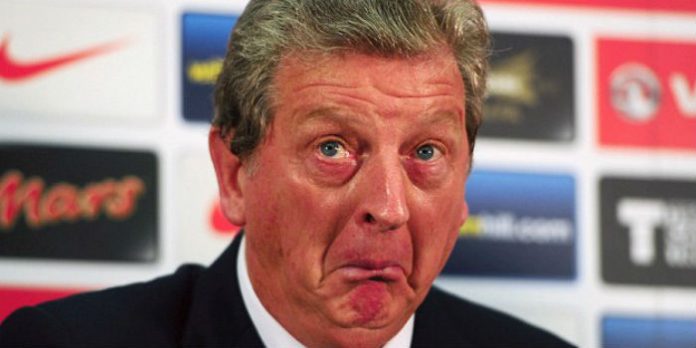 Roy Hodgson has named Theo Walcott and Danny Welbeck in his England squad for upcoming friendly games with Germany and Holland.

The Three Lions travel to Berlin’s Olympic Stadium on Saturday, 26 May before hosting the Dutch at Wembley three days later.

Alex Oxlade-Chamberlain (knee) and Jack Wilshere (all over) are currently sidelined by injury although Hodgson said two weeks ago at a UEFA workshop that he’s not ruling either Gunner out of the running for a place in his squad for EURO 2016.

Kieran Gibbs, whose game time this season has been limited, has been dropped. Danny Rose and Ryan Bertrand have been called up as left-back options instead.

On Wilshere, who is yet to play for Arsenal this season, Hodgson said: “We’re monitoring Jack, who’s making very good progress, but I have to accept that, for these games in March, we won’t have him. Hopefully by May, when I really have to make a decision, he’ll be available for selection.”

At under-21 level, Gareth Southgate has called up Isaac Hayden, on loan at Hull, for the first time. The midfielder is joined by fellow Tigers-loanee, Chuba Akpom, as well as Calum Chambers.

On his reasons for selecting Hayden, Southgate said: “He has played at quite a number of levels for us. I have seen him play quite a few times with Hull and he has done a reliable job with them. He can play in a variety of different positions.He is a good character which is important to us.”

How crap must England be…..

guess he invited a magician to entertain the squad which is obviously exhausted after such hard campaign. sir vanish theodor

I was thinking about this the other day. Whilst I don’t mind certain fringe players being picked for international friendlies, Theo hasn’t done anything to suggest that he deserves to go to the Euros. When it comes to England he’s always been the ‘wild card’ that every manager hopes will change our fortunes.

Except he doesnt even do that

That type of complacency doesn’t get England any where. How can Walcott be picked for England? Anyway, I have never rated that Coach. There are so many better English players, playing in that position than Walcott. I guess he as afraid of dropping him

Yeah, I thought that too. I had high hopes for him 2/3 seasons ago, that he’d nail the left back spot for both us and England.

Walcott getting picked for England? What have they been drinking?

Is Roy drunk or crying in that photo? Or both?

Theo’s call up is a complete farce.

“reliable” – what a depressingly mundane way to be described. I bet Isaac Hayden is thrilled.

Sums up England’s chances at the euros really if we have to pick theo on his current form.

I’m not sure we have to pick him now, let alone then.

Ox in the box

Oh god, couch smartasses out in force… Can you aknowledge Theo is a good player even if you don’t like him?

Crash Fistfight
Reply to  Ox in the box

Nope, but then I can’t understand why Raheem Sterling is an instant starter for England (and cost £50m) either.

Monkey Nuts
Reply to  Ox in the box

I would if he was.

Bananaman
Reply to  Ox in the box

But he is awful. Seriously, he should be playing in league two

glory hunter
Reply to  Ox in the box

Havent u realised? Theo is the new scapegoat and the reason for this seasons failure

From my perspective, it’s because I think I have unrealistic expectations of how good a footballer should be, rather than it being because of Theo’s current form. I can’t see what all the fuss is about with Delle Alli, for example. I never liked Steven Gerard or Frank Lampard as players, either. The ability to run around a bit and score goals from midfield doesn’t make you an international class midfielder in my book. I’d much rather Ross Barkley and Fabian Delph played than Alli. I’d like England’s players to be technically gifted in the same way as Germany’s (or… Read more »

Running around and then beating players, making long passes and getting into the box with telling rubs to score. I reckon they all have some magic and England are best served with all three in their squad.

voldermort
Reply to  Ox in the box

It’s the opposite, I do like him he’s intelligent and a model professional but not a very good footballer I’m afraid.

There must be something these managers see in Theo – I would love it if one of them could explain in detail what it is. I sit in the stands and see a little boy lost on a football pitch who doesnt seem to understand where he’s supposed to be playing or who he should be marking or getting away from. On the ball if he’s given more than one option he’ll take the wrong one.

Please Mr. Hodgson (or Mr. Wenger) enlighten us all.

Happy St. Patrick’s day for all the Irish Gunners!

Ive backed walcott to the fucking max but again when we needed him hes been fucking awful , theres no 2 ways about it . If i thought he couldnt do the biz but was breaking his balls trying id forgive that but we know on his day he can do it yet most of the time he doesnt look interested . Done with him personally and feel we should be looking at offloading him and spending the money elsewhere on someone like Draxler who looks everything walcott isnt . creative , intelligent and technically excellent . Or even Reus… Read more »

He used to be my favourite player. I’ve consistently argued for him to play CF, but I’ve been so disappointed with his attitude and body language on the pitch. Just so lackadaisacal. Compare him these days to the 3-0 at Old Trafford, he was running, fighting, tackling, tracking back – his best game for us?

As a person I’m sure he’s a very decent chap so I don’t want to get personal and slag him off but as a footballer he is not good enough for a top 4 club, it’s as simple as that, I’m sure he would do a very good job for a lower level club like Newcastle (or sp*rs….comon cant help myself) so let’s sell him and use the money sensibly….that right hand side is begging for some refurbishing (as is the striker, centerback and creative cover for if either Ozil or Santi are broken) in my opinion.

For all his strength and weakness, he is one of the little joy I can feel in the mostly underperformed Arsenal nowadays. I hope Wenger would utilise him more in the next upcoming match. Massively underestimated in my opinion.

Rooney has taken the spotlight because of his records for national team, but you can see Danny’s goal-rate for England before injury. Hodgson knows who to be picked upfront: our Danny boy.

I’m from Canada, but what would England’s best team be? Something like this maybe:

But a few of the players are fairly interchangeable. I prefer Sturridge to Kane (as a player – he seems a bit of a twat, whereas Kane seems harmless) but I can understand why the manager would favour Kane (his numbers speak for themselves).

I think Vardy has gone off the boil now, and is actually quite limited as a footballer if he’s not scoring.

Really, I wouldn’t play Sterling, but I’ve put him in there by force of habit. I might be able to fit Sturridge on the right or Welbeck on the left by leaving him out.

Off topic but:
Whos gonna read LVGs notebook when hes fucked over?

There must be something about Walcott that Wenger and Hodgson see but we don’t. I can’t think of anything to be honest but he’s still our player so let’s stop berating him at every occasion.

Classic photo of Roy’s face. What an expression! I spurted my green iced tea over my screen.

Please do not get me wrong. I love England and I wish they win Euro 16 but not with Walcott. A player like Wallot can not even future in French or Spanish teams. England really need to be serious. According to the earlier comment, Wallcot was not ready when he was first call to the national team and is still not ready now.